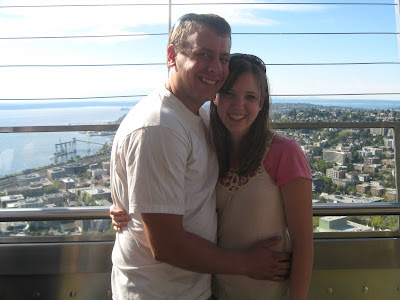 See part one, where Nate and I became friends and part two, all that led up to Nate and me “becoming official.”

The summer was a wonderful time to build our relationship from a distance.  Since phone calls, emails, and even snail mail were all we had, good communication skills were a must.  We learned so much about each other in that time!  In the three months of summer, we saw each other twice – once when we “became official” and once more about a month later.  I felt so close to him, though, since we’d had so many opportunities to share our hearts with one another. 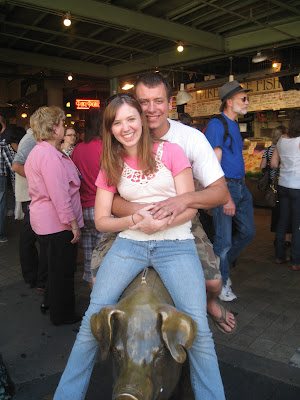 I had very mixed feelings coming back to school for that last semester.  I was so excited to get to have the opportunity to build our relationship in person but I was also very terrified that I had built it up too much in my mind.  I was afraid that once we were in the same place we’d realize how wrong we were for each other.  Driving back to Portland from Spokane, I was so stressed.  I didn’t know what to expect.  I was afraid of having my heart broken again.  I let Nate know when my dad and I were almost to the school and, when we got there, he was waiting to help move me into my dorm with a bouquet of flowers.  As soon as I saw him all the stress and fear just melted away.  I was reminded of how much he had already shown me that he cared for me and cherished me and I knew everything would be ok. 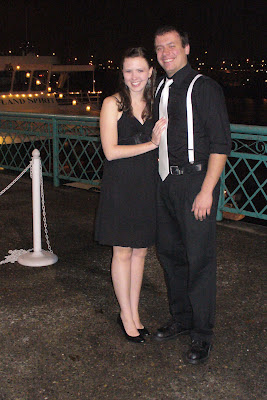 Those months were wonderful.  Both Nate and I were finishing college and preparing for the next step, figuring out if that next step would be together.  We spent so many evenings at his apartment talking, cooking, watching movies, studying, and spending time with his roommates.  (I apologize, guys, if I was there to much!  I did clean your kitchen a lot though.)  We knew that unless something caused us to rethink things, we’d more than likely be getting married.  Even though I had this knowledge, I still didn’t know for 100% certain I would marry him.

That being said, I distinctly remember the weekend I knew Nate was The One I was going to marry.  For Thanksgiving, Nate and I rode up to the Seattle area together. Nate’s family lived in the area so he was going home and my immediate family was celebrating with extended family on that side of the mountains.  Thanksgiving was a wonderful day (even though we celebrated with our own families) and I wished so much that Nate and I had been able to celebrate it together.  The following day was my grandma’s birthday so my extended family all got together again for a celebration.  This time Nate got to come.  It was so fun seeing him interact with all my relatives.  One of my aunts even told me later that evening that he seemed absolutely perfect for me. 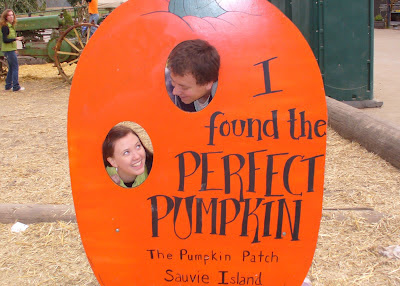 My parents and siblings headed home to Spokane the next day but I still had a day of break so I went over to Nate’s parent’s house for the last part of the weekend.  Our families had lunch together before my family took off.  At the end of the meal, Dinah (one of my littlest sisters) asked my mom and Sheli, “now that you guys have met, when can Susannah and Nate get married?”  Adorable, I know.  Then they began discussing a bride price for me.  I think it was decided that I was worth ten horses.  Yeah, super weird.  That meal and the rest of the weekend were a very special time to get to know Nate’s family better.  That weekend I knew was going to marry Nate.  (He didn’t come to that conclusion until around New Years.  Silly boy.)

We graduation in December that year.  Nate and I were done with college!!!  Woohoo!!!  I went back to Spokane for a few months to spend time with my family.  During that time, Nate and I were talking a ton about marriage.  He convinced me he wouldn’t be able to afford a ring until about April so I wasn’t getting my hopes up.  It was so frustrating being in this waiting period since I am SUCH a planner and this was pretty much the one thing in life I couldn’t be a part of planning.  I didn’t know when to move back to Portland, what my living situation should be once I moved back, and on and on…

Thankfully, my man had it all under control…  But that’s for part 3 and a half…