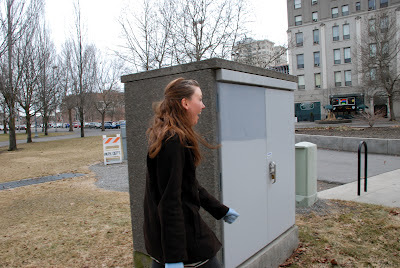 See part one (where Nate and I became friends), part two (all that led up to Nate and me “becoming official”), and part three (leading up until we were engaged).

———﻿
It was a dreary February day in Spokane.  (The 12th, to be exact)  My best friend, Heather, had asked me to go to lunch with her and then downtown to take pictures.  This was nothing strange since she’s a really great photographer.  (Go look at her website now and then come back and finish reading.)  At lunch the topic of me really wanting to be engaged came up and she wasn’t very sympathetic at all.  This was super strange to me since a year before she was in the exact same position and I was consoling her about not being engaged (knowing full well that her now husband had purchased the ring already and was planning on proposing very soon).  I wrote it off, trying not to be annoyed, thinking she just wasn’t in the mood for my whining that day.
After lunch we headed to the Riverfront Park.  Although I knew Nate was working that day (in Portland, nonetheless), I thought to myself in my have-watched-to-many-chick-flicks-mind how wonderful it would be if he would be at the park and would propose.  Of course, I quickly told myself that was impossible.  For one – he was working.  For two – he couldn’t afford a ring yet.  For three – he hadn’t had the opportunity to ask my dad yet.  Heather and I went over to the garbage sucking goat and, across the park, I saw someone sitting at the flower garden area that Nate had asked me to be his girlfriend, wearing a jacket that Nate owns.  My heart skipped a beat but I once again quickly told myself that it was impossible that the guy was him.  Heather and I walk over to that bench and it WAS him!!!  I ran over to him and gave him a huge hug!!
Once again, I convinced myself that he couldn’t be there to propose.  I thought it must have been a Valentine’s Day surprise visit.  Nate and I sat on the ledge of the flower garden area at exactly the same place he had asked me to be his girlfriend two days short of eight months before.  He tells me that he wants to give me my Valentine’s Day gift then and there.  My heart once again skipped a beat, thinking he was proposing.  Instead, he proceded to pull out a children’s storybook he had written and our friend Jason had illustrated.  This children’s book was all about our relationship and our characters were ducks (an inside joke between us about getting engaged) and I thought to myself how frustrated I would be if he wasn’t proposing, especially when the story involved ducks.  Nate finished reading the story and said something along the lines of “Yeah, that’s your Valentine’s Day gift.”  Super letdown! 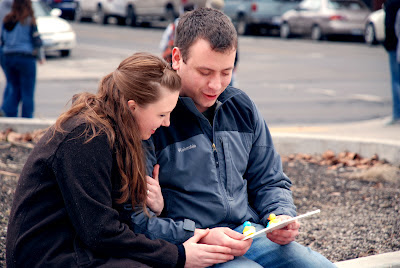 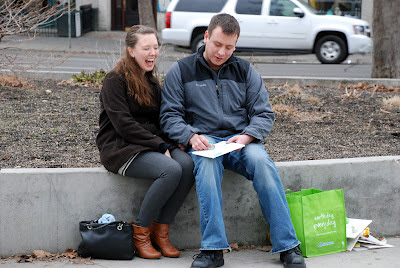 Needless to say, I was a little confused.  I could not imagine that he would be so dense as to not know that all of this would have made me think he might be proposing.  My confusion didn’t last long, though.  Nate got down on his knee, pulled a ring box out of the bag the children’s book had been in and told me that he had something else for me that WASN’T a Valentine’s Day gift.  He proceded to ask me to marry him.  Of course, I said yes!  I didn’t have to say I wouldn’t be opposed to it!!!  I then gave him a big hug and had our first kiss!  And our second.  And third.  And…  Yeah, we decided we liked kissing. 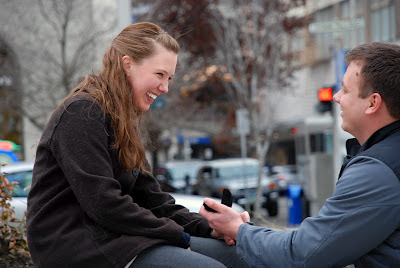 After a some time of me smiling and repeatedly saying that we were engaged now, Nate reminded me that I was supposed to at least look at, if not put on, the ring.  I had completely forgotten that a ring comes along with the engagement!  I looked at the ring and, I must say, my man knows me well!  He picked out the most perfect ring for me. 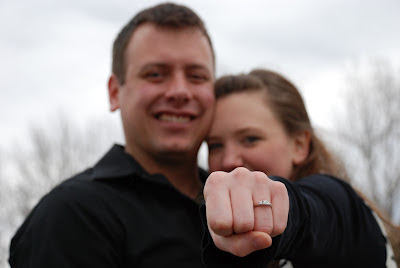 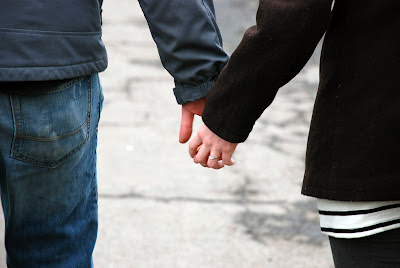 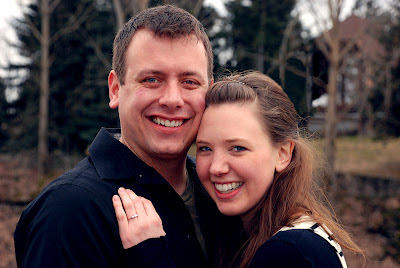 Nate had planned the proposal amazingly, even asking Heather to be involved so she could be there to take pictures documenting the whole proposal.  I was a very happy girl with a super wonderful fiance!
All Photos by Heather Blake of Limitless Images.  CHECK HER OUT!