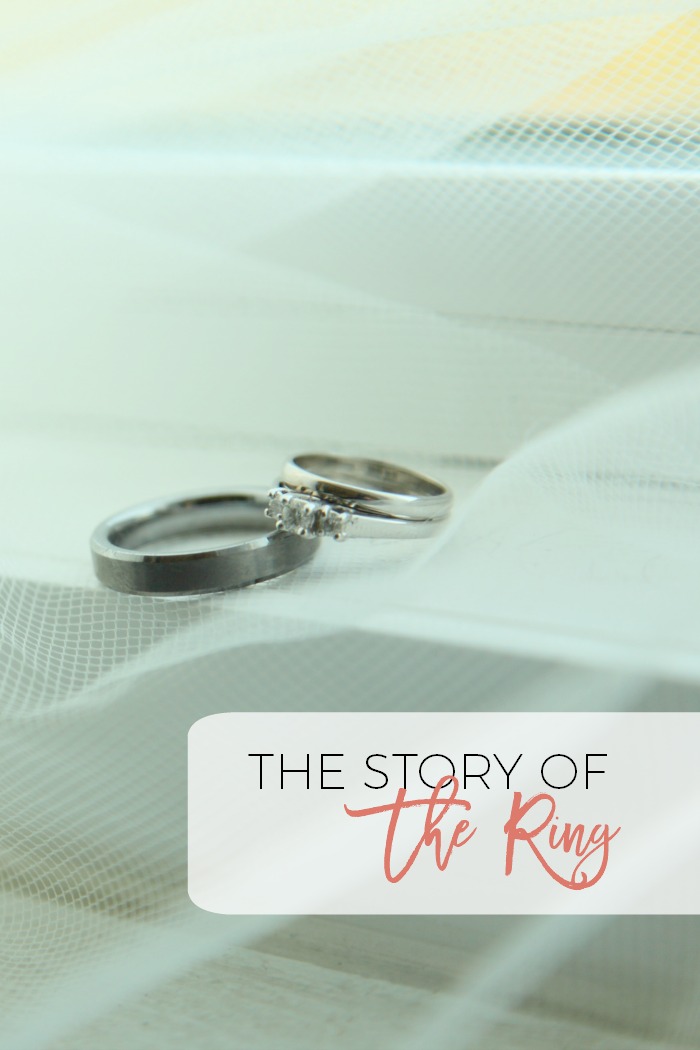 The Story Behind the Ring I feel like most girls dream of their perfect engagement rings.  Many girls know the exact cut, style, and karats they want their ring to have.  Many girls want rings that their boyfriends have to save and save or even take out a loan for.

While I’m not at all saying that attitude is wrong, that’s just not me at all.  I’m a simple, frugal girl who’s not high maintenance.  (Stop laughing about that, Nate.  Maybe there are times I’m high maintenance)

As you can read in our LOVE STORY (seriously, go read it!  I’m quite the fan of it), Nate and I knew that we’d more than likely be getting married right from the start of our relationship.  The October of when we were dating, I went to go get sized for a ring.  I was nowhere near being ready to be engaged yet, but I figured that I didn’t want to know when Nate was going to propose so I may as well tell him my ring size at that point.  Otherwise, he’d have to tell me to go get sized and I’d know that it would be soon.

At that point, the only criteria I gave Nate in picking out a ring for me was that I wanted white gold and for it to be under $500.  (See, I told you I wasn’t high maintenance)  Everything else I wanted to leave up to him.

One night, probably in November, Nate and I were hanging out with some friend of ours and I saw her ring – a ring with three diamonds, the one in the center being larger than the other two.  I told Nate I really liked it and then didn’t really think anything else of it.

Come December or January, we were seriously talking about marriage.  I realized that I REALLY wanted a ring like our friends’.  The problem is, I can be super stubborn and, since I had told Nate I wanted him to pick it out, I didn’t tell him that’s what I wanted.  I tried really hard to put that desire out of my mind because I didn’t want to be disappointed by the ring he bought for me, especially since it was the ring I was going to have the rest of my life.  (Yes, I know how dumb it was to not tell him what kind of ring I wanted)

Well, February rolled around and Nate came into Spokane with a surprise proposal (seriously friends, go read our love story, it rocks!)  He proposes, pulls out the ring, and I ignore it.  Seriously, I just got engaged!  I didn’t have time to look at a silly ring!  Heehee.

When I finally did look at it, I almost started crying!  It was the perfect ring – exactly what I wanted!

Yes, he had gotten the exact ring I had been wanting.  He later told me that here was some sort of gleam in my eyes when I was telling him how much I liked our friend’s ring that night and he knew that was the ring I wanted – even before I knew it!

Yes, I married the perfect guy for me!

Your Turn:
Do you have an awesome story that goes along with your ring?
How did you get engaged?