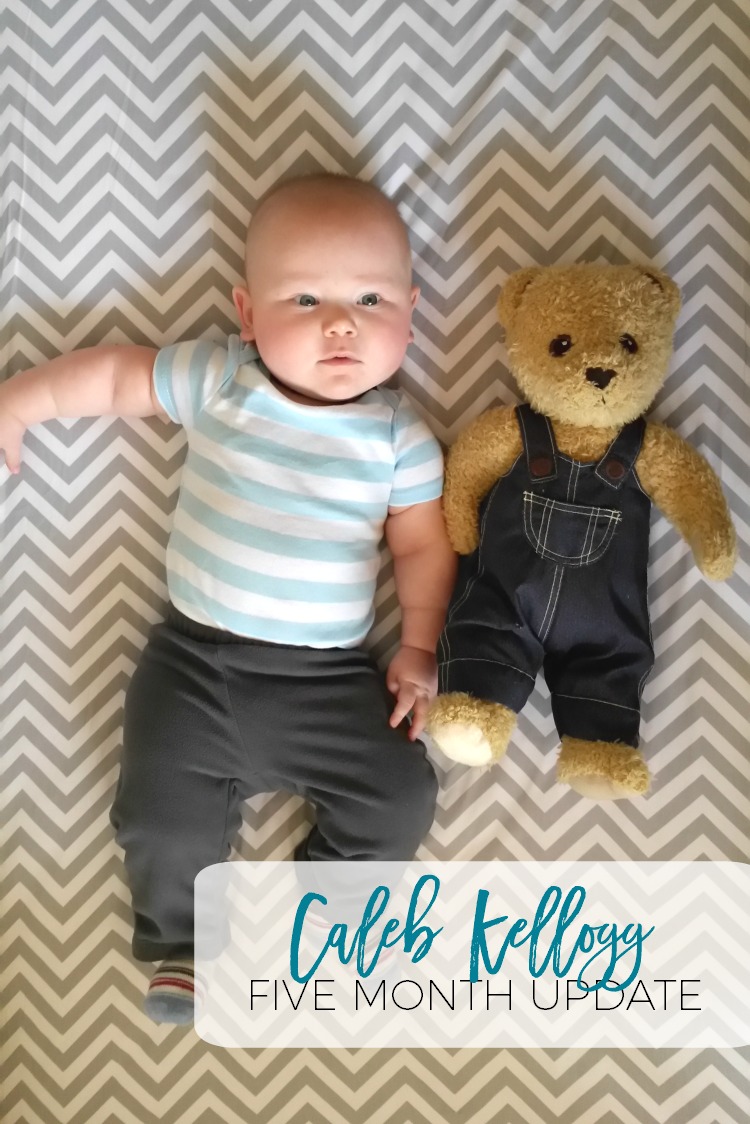 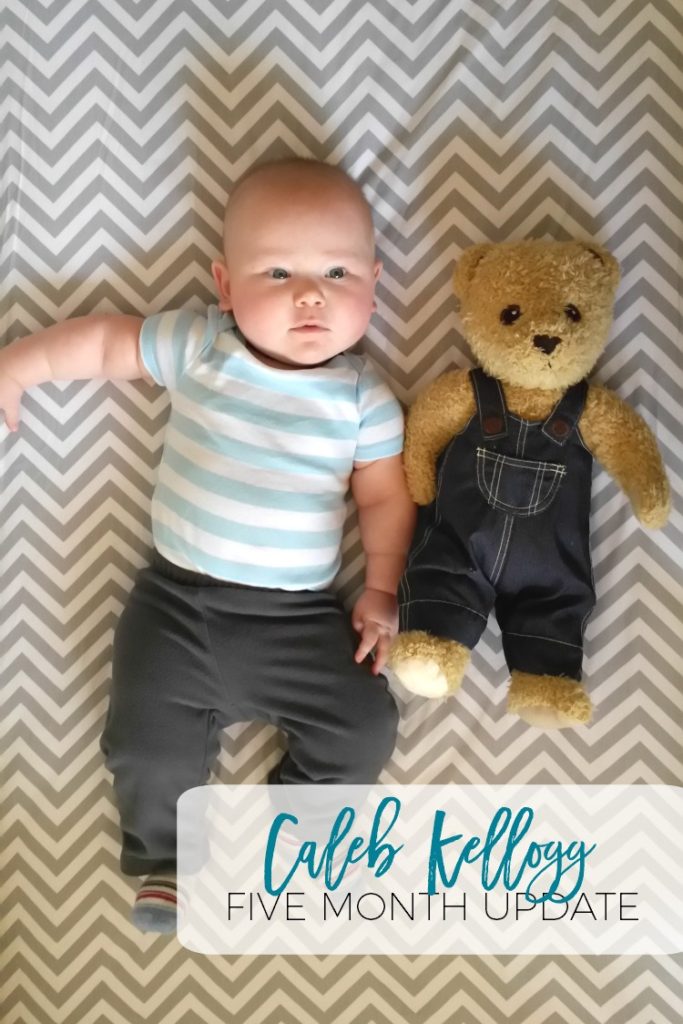 I still can’t believe I have the privilege of being Caleb’s mom.  He’s an amazing little man and I am amazed that God gave him to me to love on and raise!

Caleb has stayed pretty proportionate in his height and weight these days.  Nate and I always laugh about how he has the chubbiest little legs.  When he sits in his bumbo we have to squeeze him in so he’ll fit.  It’s kind of adorable.

Sleep:  Caleb’s sleep has gotten a lot better.  On his 4 month birthday we decided it was time to put him in his own room to sleep.  He started sleeping so much better once we did that.  I think he’s kind of a light sleeper and Nate and I were waking him up with snoring, wiggling around in bed, etc.  He’s gotten to the point where he’s only waking up once a night typically!!!!  The little guy typically goes to bed around six thirty and gets up around six. (Thankfully Nate’s so great and gets up with him until he leaves for work at seven thiry-ish.  Yeah, I’m a loved woman!)  Naps are still an issue and I still need to hold him in order to keep him asleep.  I’ve reconciled myself to the fact that this is something he needs but, since it won’t be forever, I need to enjoy the time I have cuddling him now.

Likes:  Chewing on everything, playing with his toys, rolling over, Batting at the toys on his play gym, Being smiled at, Mama’s boobs, Daddy, Kisses, His swing, Being swaddled, Riding in his carseat and stroller, Bouncing to music, Bath time, Chewing on his fingers and mama and daddy’s fingers

Dislikes: His teeth hurting, Tummy time, After 7pm, Pacifiers, Bottles (yeah, bummer!), Being hungry while in the car, Being held by anyone except mommy or daddy when he’s tired

Clothes:  Caleb is still in size three diapers but is wearing pretty much all 6 month clothes.

Milestones:  Caleb’s started belly laughing!!!  The first time it happened was with his grandpa and it was absolutely adorable!  Since then Nate and I have been able to get him to do it a few more times.  He’s also begun rolling onto his tummy.  It’s basically his favorite thing to do.  The problem is that he only rolls from his back to his stomach and then decides he doesn’t like his tummy and cries until we turn him over onto his back again.  It’s a little exhausting and I’m ready for him to learn to roll from his tummy to his back.  We’ve also begun putting Caleb in the church nursery during the service.  He does pretty well.  Most weeks the nursery workers say that he cried a little and slept a little but we’re glad that he’s learning to be in situations away from us.  I miss him a lot while he’s in the nursery but I’m so glad I can focus on worship and the sermon a lot better now.  We think Caleb’s started teething because he drools like crazy, chews on EVERYTHING, and gets fairly fussy.  He really enjoys it when we massage his gums and I’m pretty sure I can feel a little tooth under the gums. 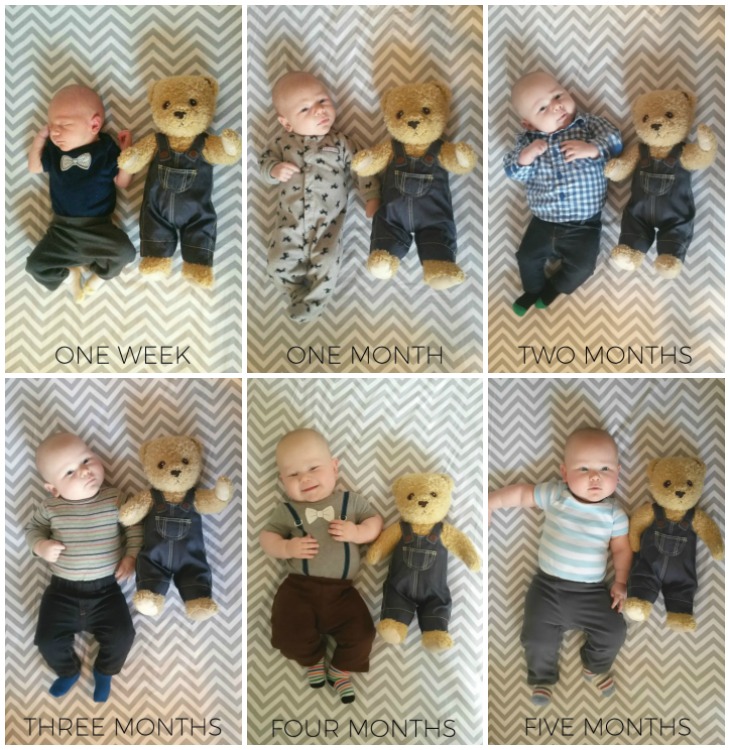 Dearest little love, You are SO precious to me!  I love you like crazy and absolutely cannot even imagine how I lived life before you.  I love spending my days with you – watching you grow and getting to know you more and more.  It’s so fun to see you learn and explore!  You’re so smart and so funny.  I love your giggles and the fact that you’re starting to belly laugh.  I think you’re going to be quite the clown as you grow up.  Your personality comes out more and more each day and it’s fabulous to get to know you better.  Just know that, no matter what, your daddy and I love you so very much!