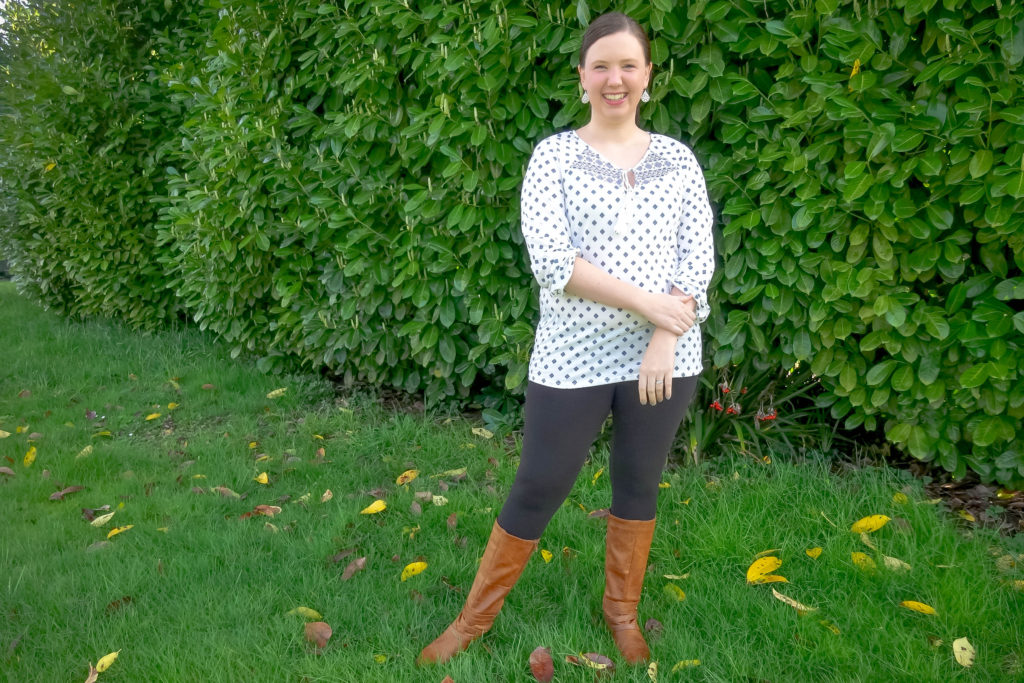 I certainly haven’t kept it a secret that my body hates me.  After having Caleb I ended up being 25 pounds over what I was before getting pregnant.  I had a pretty healthy pregnancy – I went for lots of walks and I ate moderately well (I craved salad and green grapes…) so I don’t know where all the pounds came from.  After having Caleb the pounds refused to drop.  My body started looking better but still I was 25 pounds heavier.  All the extra skin at my belly makes me look like I *could* possibly still be pregnant and my boobs are bigger than they’ve ever been in my life – even after weaning (which I don’t hate…)

I’ve run the gamete of emotions.  I’ve experienced all the stages of grief.  Finally I feel as though I’m coming up on acceptance.

The past few days I’ve taken a huge step into acceptance and went through my closet with a judgmental eye and got rid of the clothes I don’t fit into.  There were a few few pieces that I decided to keep in the hopes that *maybe* someday I’ll get down a few more sizes but, for the most part, they’re gone.  I sent a few things to ThredUp, I’ll be opened a Poshmark account to sell others, and I donated the rest.

I would love to encourage you to embrace the body you’re in as well!  Don’t settle for a body that isn’t healthy but, if you’re doing your part and the scale isn’t moving, sometimes we’ve just got to give in.  My body grew and fed a child for almost two years.  My body is amazing even if it hates me.

Your Turn:
Did you struggle losing weight after having kids?
Have you accepted your body for the way it is?