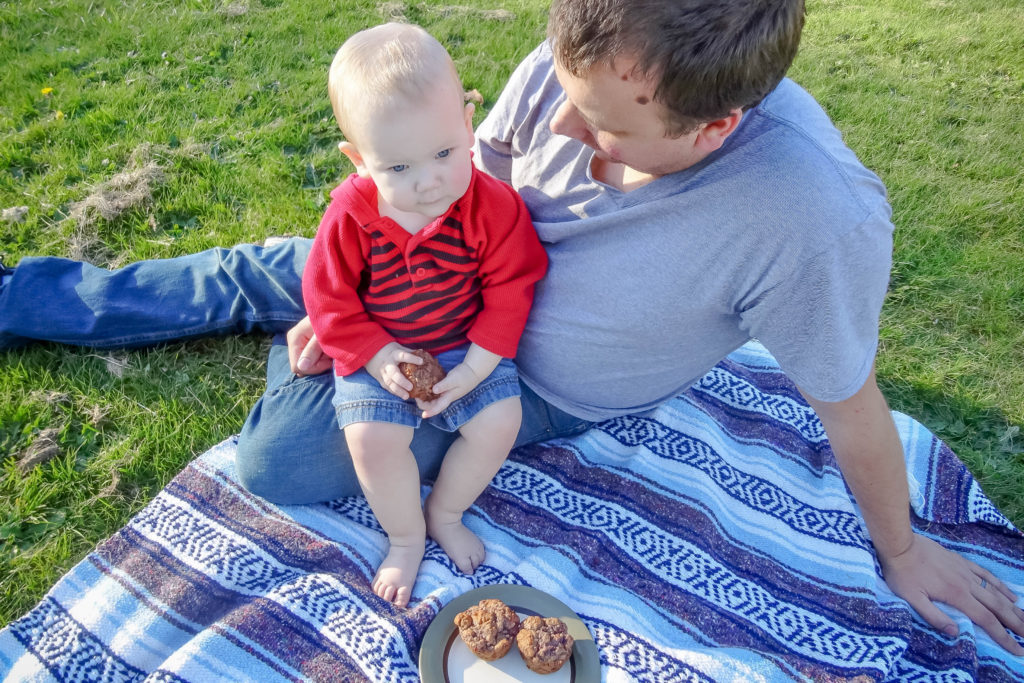 So your toddler is on a hunger strike and you’re looking for something to feed him.  Don’t worry, sister, I’ve got your toddler approved muffin recipe right here!  This whole wheat blackberry-carrot applesauce muffin is a healthy toddler muffin that no one can resist.  I’m sure you’ll gobble down a few too! One year olds are crazy.  Ok, maybe they’re not all crazy but MY one year old is definitely crazy!  After Nate and I returned from our amazing vacation to Zihuatanejo, Mexico, Caleb decided that he wanted to go on a hunger strike.  Seriously.  This kid would eat NOTHING except cheerios and bread.  I think he was paying us back for leaving him for a week.  Yes, he was spoiled by his grandparents for that week but he still wanted to pay us back.

As Caleb got grouchier and grouchier (of course he was grouchy, he was hungry!) I got stressed out and brainstormed what I could do to get him to actually decide to eat something.  Since we had carrots in our fridge I figured a healthy version of carrot cake would be just the thing!  I tweeted something about being the mom who was going to make carrot cake for her child to get him to eat his veggies and Tayler tweeted back suggesting two genius things…  First, that I make a healthy toddler muffin instead.  And second, that I put berries in the muffins.

I have a muffin tin and I had frozen blackberries.  Check and check!

Tayler also sent me the sweetest facebook message letting me know that her little man had gone through the same struggle.  Her pediatrician had told her that it was a proper developmental milestone for almost one and a half year olds as they’re learning autonomy.  As little ones realize that they have the power to say “no” (or grunt and have it mean “no” like my silly little man who’s still not talking) they say “no” to things they would normally really enjoy – like food.  They won’t let themselves starve but they’ll sure make their parents go crazy!

Update: A few months after this post was written, we discovered that Caleb had a severe dairy protein intolerance that was making him incredibly sick and causing him to not want to eat anything.  If you are concerned about what your child is or is not eating, always make sure to bring it up to your pediatrician. 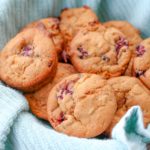 Your Turn:
Are you going to try this toddler approved muffin recipe?
What do you think about the whole wheat blackberry-carrot applesauce muffin combination?