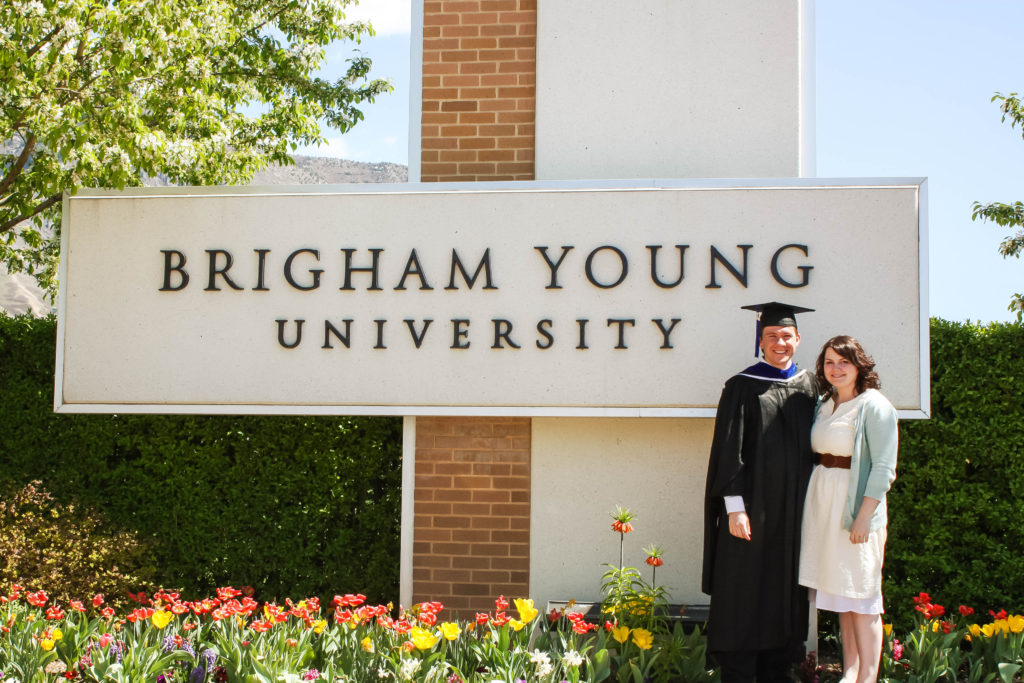 Should I Get Married While in College? I remember a fear that I had when we first became engaged.  I wondered if what people projected on me was true:  would my dreams really come to a halt when I became married?  What I found was quite the opposite.

My husband I met in college and were married as college students; I had one semester left in my undergraduate degree in Special Education and he had 1.5 years left for his Masters in Accounting.  I was lucky to land a teaching job and worked for three years in my field before applying to graduate school myself.

As we prepared for marriage and as we pursued goals within our marriage, there were often people who told us that we had in essence given up on our real goals and dreams by getting married.  I’ve thought a lot about this over the years as we’ve made sacrifices for each other’s goals, but also pushed each other to accomplish more than we could have by ourselves.  I’ve found that I have many reasons why I am happy I was married during our school journey.

Things to Consider when You Ask – Should I Get Married in College?

I began talking about teaching English as a Second Language in high school, decided something “more practical in college”, and then found myself still wishing I had done it.  After a year of the worse job environment I had ever had, my self-esteem was pretty fragile.  I doubted my ability to perform in a graduate school environment and I questioned if I actually had the intelligence for the task at hand (these are are all lies and I know that now).  My husband told me that it was basically now or never; he explained that he would support me to do whatever, but he wanted me to be happy.  I applied and when I was offered my job back for the following school year the same day I was accepted to go to grad school, he told me I was absolutely crazy if I didn’t accept.

I always had a support system.

Since my husband had experienced graduate school, he knew exactly what I was experiencing when I cried for earning my first B.  When I had projects that I was working on that required me to take all nights, my husband would work next to me on the couch or sleep on the couch so that I would have company.  He understood when I needed to stay at the library until 2 AM and traveled during finals week so I didn’t have the pressure of wanting to come home to see him.  Although he wasn’t able to see my master’s presentation, he drove two hours home from a client to be able to take me out to dinner and bring me flowers even though he would have to drive 60 miles to his client again early in the morning.

Beyond the emotional support I received, Devin and I were able to help each other graduate debt free.  We made sacrifices like not having a dishwasher, washer or dryer, and air conditioning to have cheaper rent during our first year of marriage (I’m not joking) while I was teaching and he was in grad school.  When I worked full-time, we always saved my whole paycheck and lived on one paycheck so we would have a lot of financial options; this came in handy when I decided to apply to grad school.  While I was in grad school and Devin was working, our only luxury was eating out and sometimes we didn’t do that for months!  We were lucky that I was awarded an asssistantship for three semesters which included pay plus a tuition stipend, but until this semester I still hadn’t bought a brand new pair of shoes for three years.

Never at 27 did I think I would have a mortgage, be married, and both of us have master’s degrees, but it worked out and we’ve become closer to each other as we’ve helped support each other’s dreams.  I walk for my own graduation from grad school this week and I’m so happy I was able to grow with my husband during this time as we’ve grown professionally.  We’ve been able to make goals and decisions together about our future and I know we’ve been able to achieve more together.  I’m happy I became married as a college student.

Your Turn:
What have you been told regarding marriage and your dreams?
Have you had the experience of being married students?