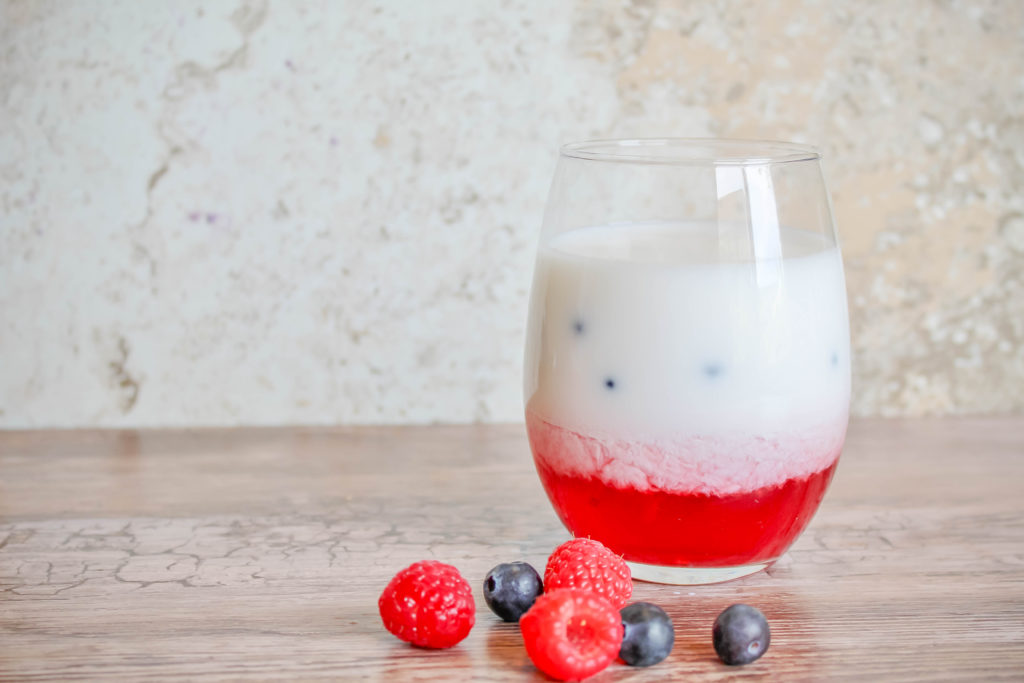 The Stars and Stripes Cocktail

This shop has been compensated by Collective Bias, Inc. and its advertiser. All opinions are mine alone. #CelebrateTheSummer #CollectiveBias
The following content is intended for readers who are 21 or older. Play responsibly. 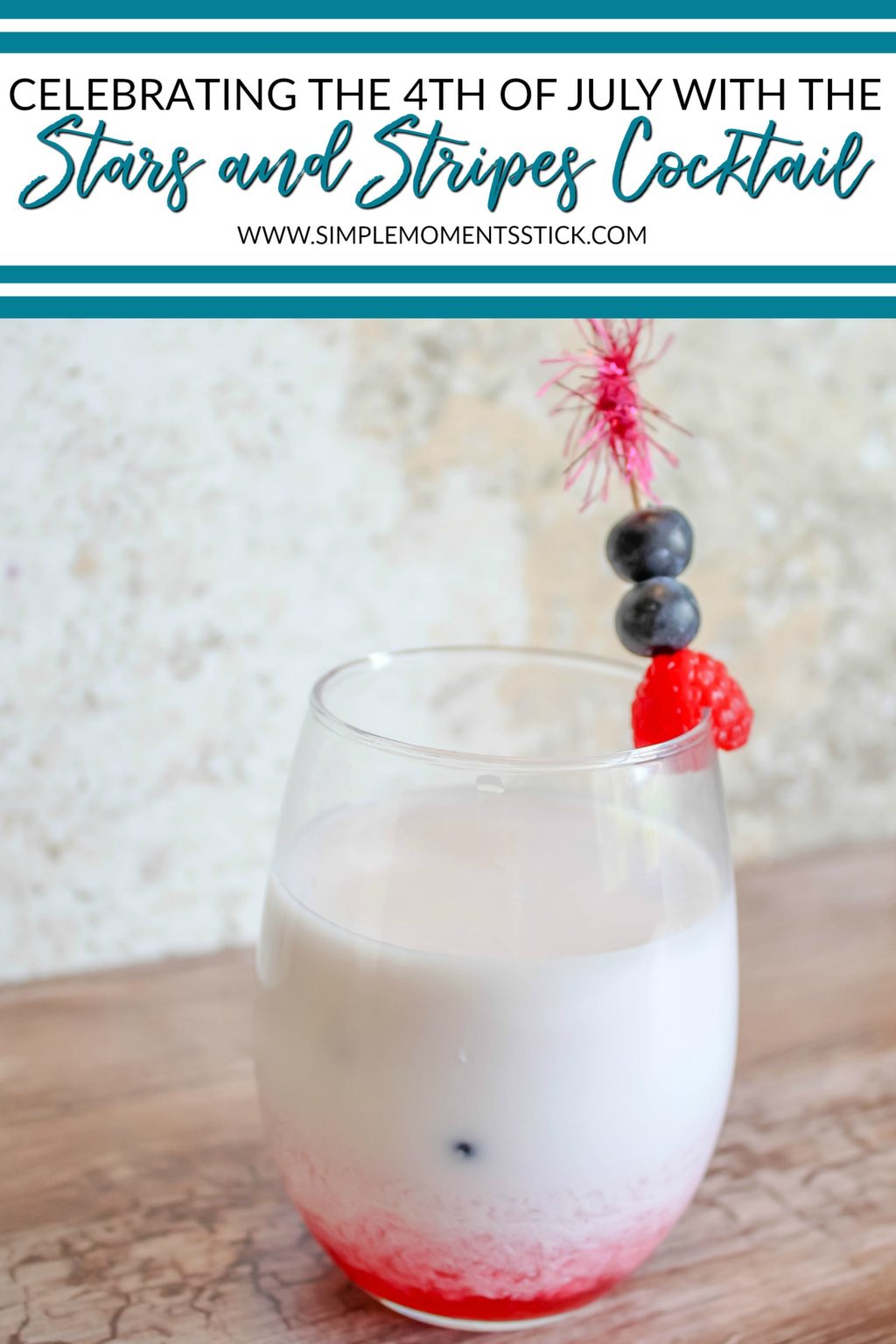 The Fourth of July is a holiday that I love!  Family, friends, parades, fireworks, and, of course, BBQing!  Here in the PNW the Fourth of July is the official start of summer.  June is typically rainy and wet but when July comes around it’s finally time to don our sunglasses, sunscreen, and get out in the sunshine!  There are so many kid focused Fourth of July treats but I’m an adult who likes cutsey, holiday centered recipes.  What’s better than creating the ultimate grown up treat – a Fourth of July cocktail.

I first started thinking about a Fourth of July beverage to create and kept being drawn back to a fruity version of a White Russian.  I love White Russians when it’s cold out so something similar would have to be good, right?  It dawned on me that swapping out the Kahlua with raspberry simple syrup would be the way to go!  And what would make it more red, white, and blue-y?  BLUEBERRIES! 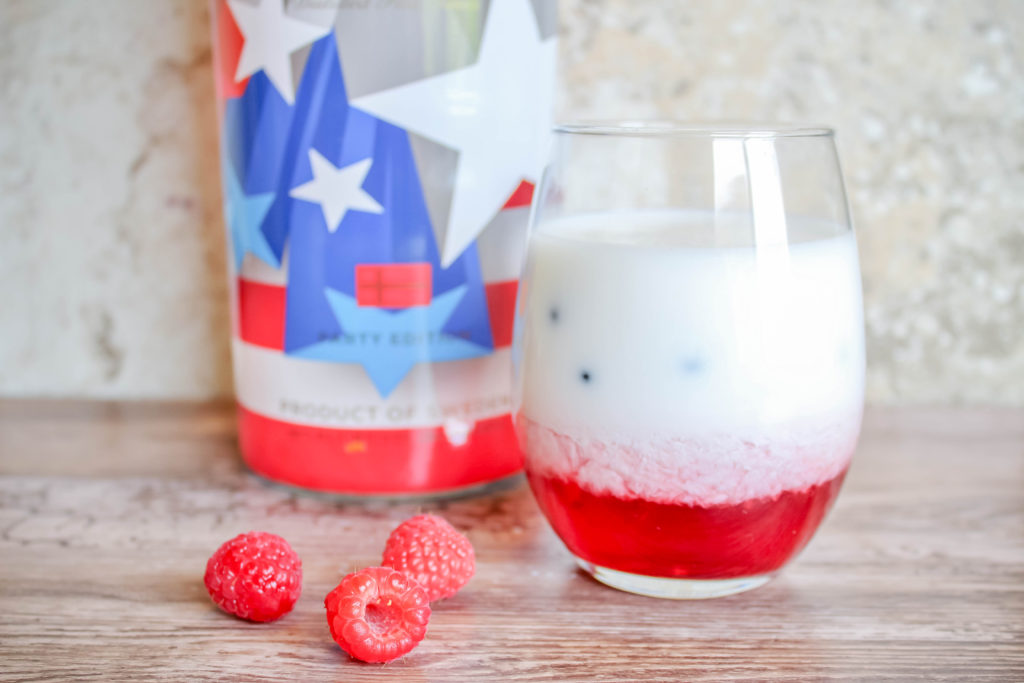 When I saw the patriotic SVEDKA vodka bottle I knew that it was the perfect one for what I was doing!  I love that SVEDKA is a reasonably priced imported vodka but that it also is premium quality and has a cool, chic look to it!  You could call it “cheap chic” and I’m all about that.  😉 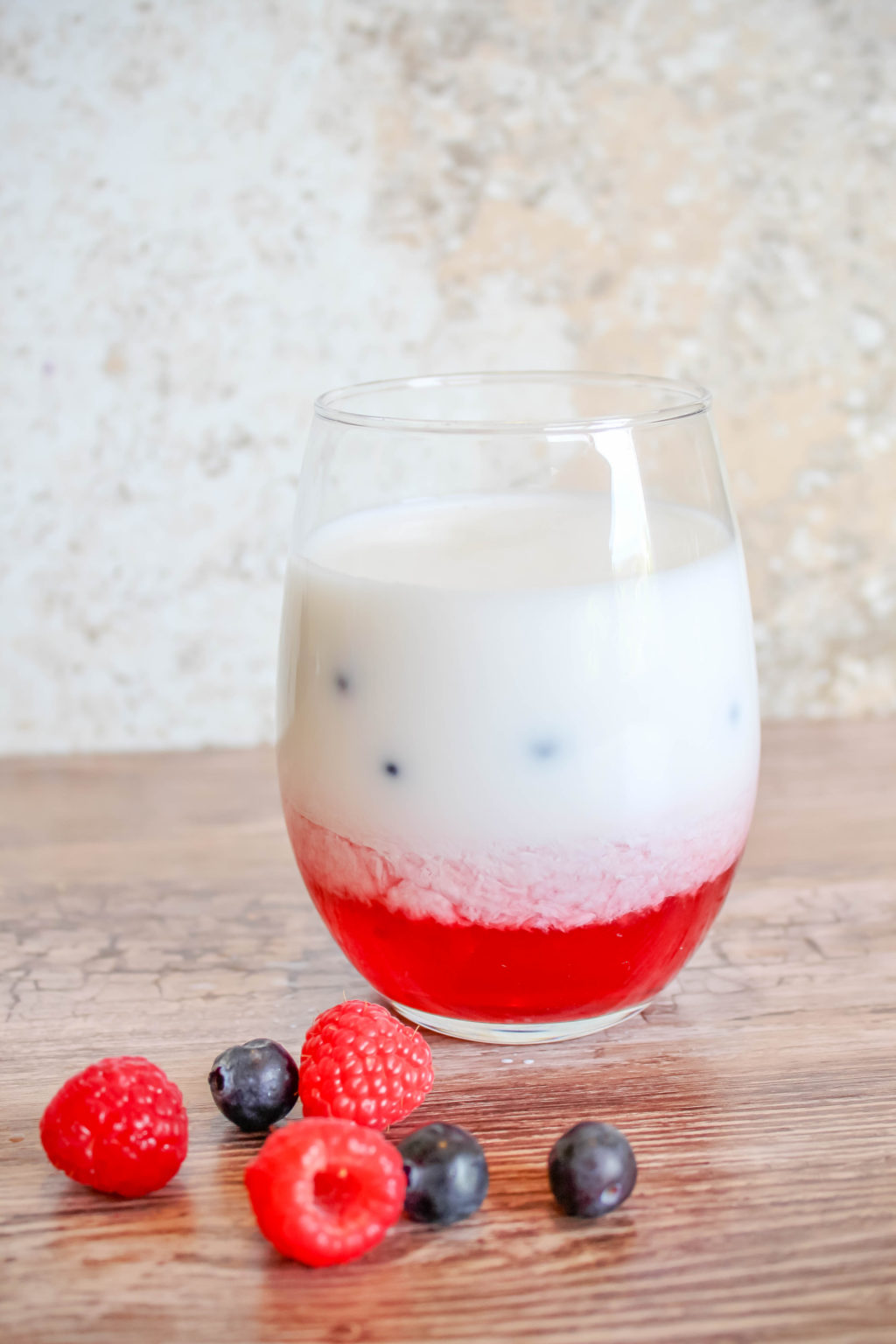 Note: Don’t wait too long to stir in layers and drink because raspberry and half & half curdles up when left alone too long.  It’s still fine to drink if that happens, it just becomes an odd consistency.  If the consistency makes you squeamish or if you want the drink colder add one or two ice cubes. 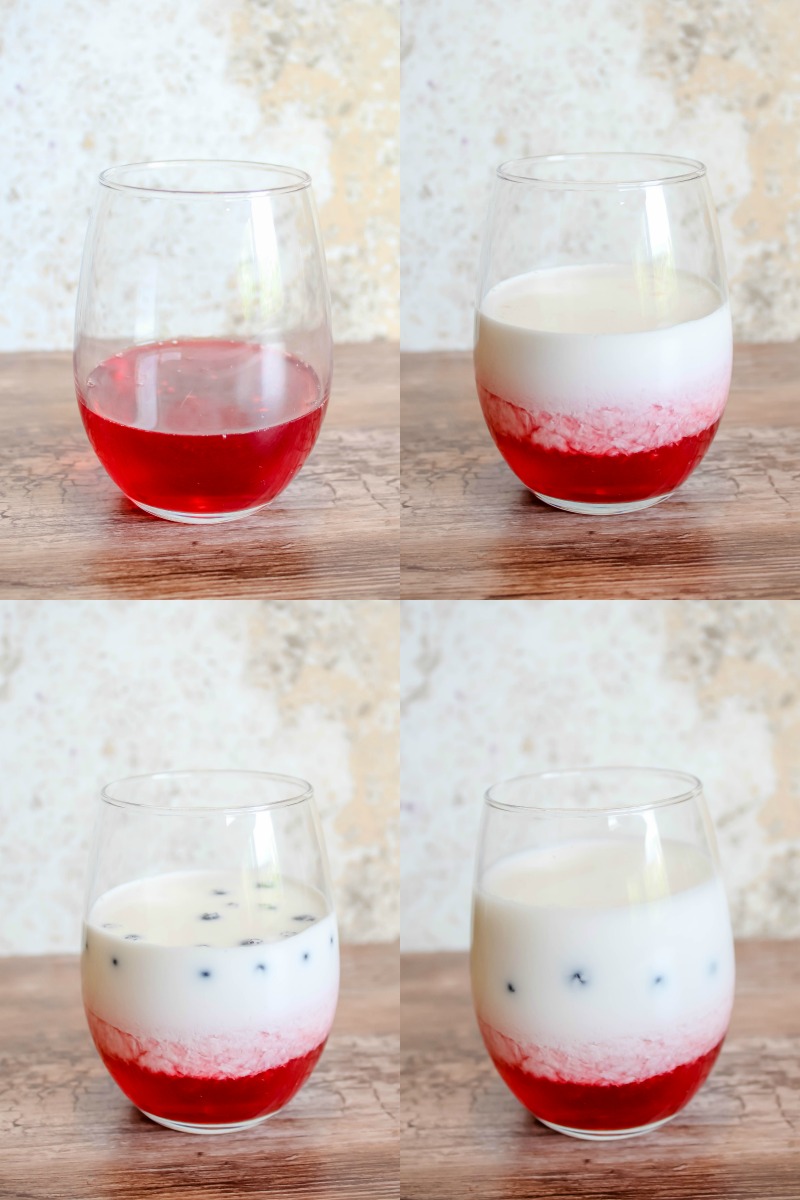 How to Layer Your Drink

Turn spoon upside down and hold it just over the bottom layer.  Slowly and gently pour the next ingredient over the spoon and into the cup.  Consider using a secondary source to pour instead of the bottle itself to make it easier to handle.  As the level of the liquid rises be sure to bring the spoon up too. 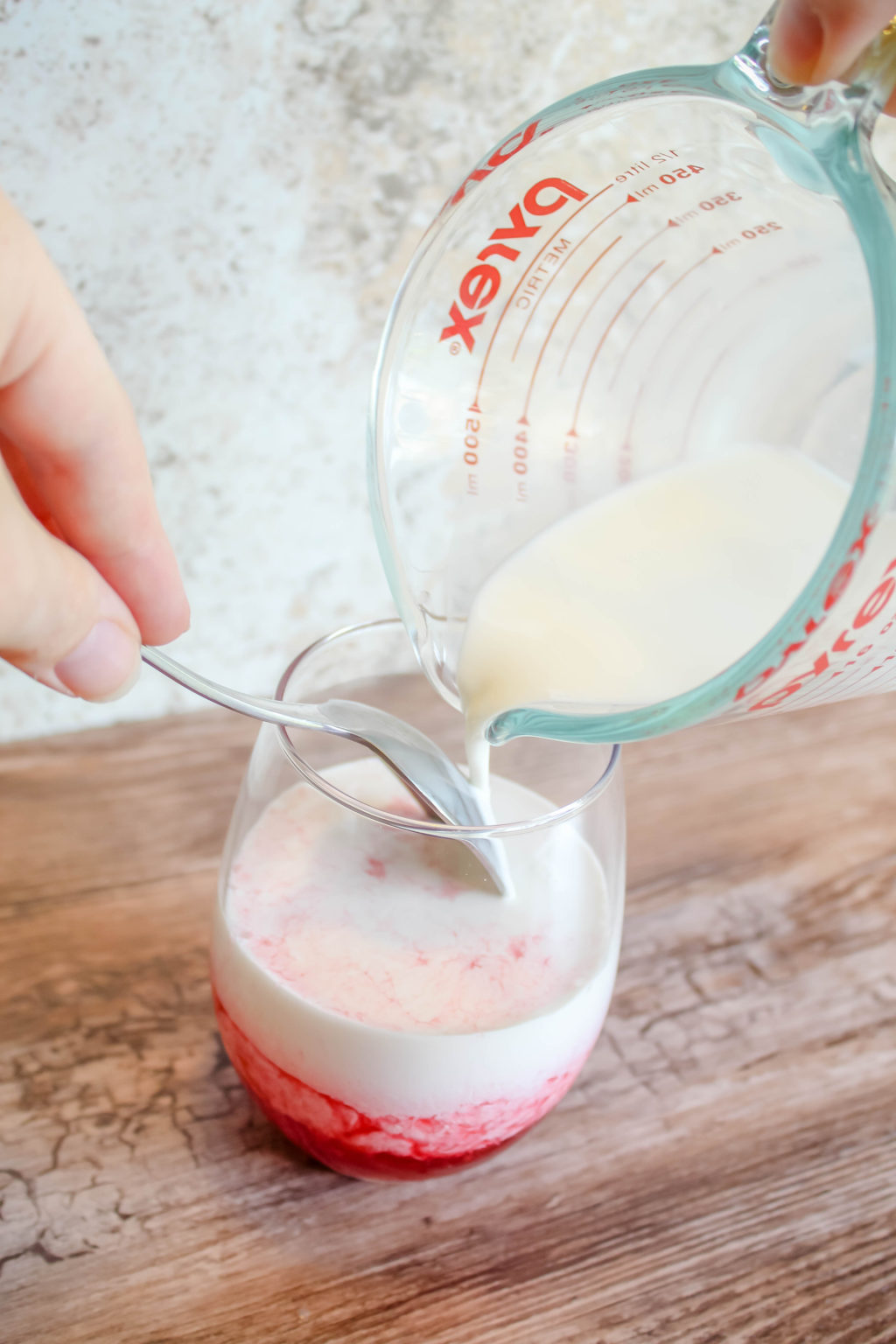 1.  Combine sugar and water in a saucepan and stir until sugar dissolves.  Bring to a boil over medium high heat.
2.  Add raspberries and, once simmering, reduce heat to low.  Cook for 10 minutes, checking occasionally.
3.  Remove from heat and let sit for another 10 minutes.
4.  Strain berries out of syrup, being careful since the liquid is hot.  Put in an airtight jar and cool.  Will keep in the fridge for approximately two weeks.

As you prepare for your holiday BBQ, I would obviously recommend you trying this drink out for yourself.  We’ll make a bar keep of me yet.  😉  Fourth of July parties don’t have to be kitchy and cute, they can be fun, stylish, and chic instead! 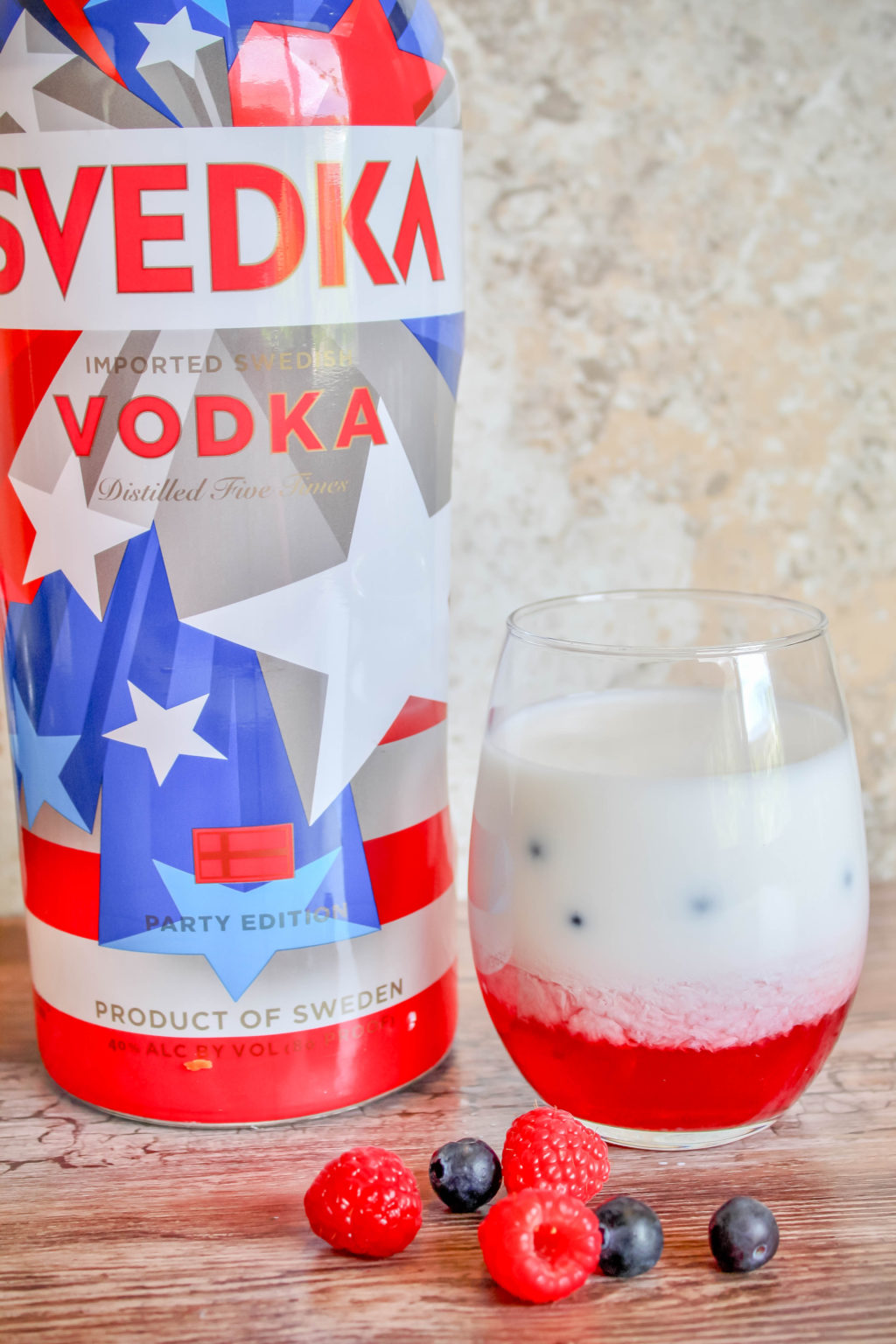 And obviously don’t forget to get yourself a big bottle of SVEDKA to make yourself a tasty Fourth of July cocktail!  I mean, what other drink’s goal is to bring friends together and unleash the possibilities of the night? 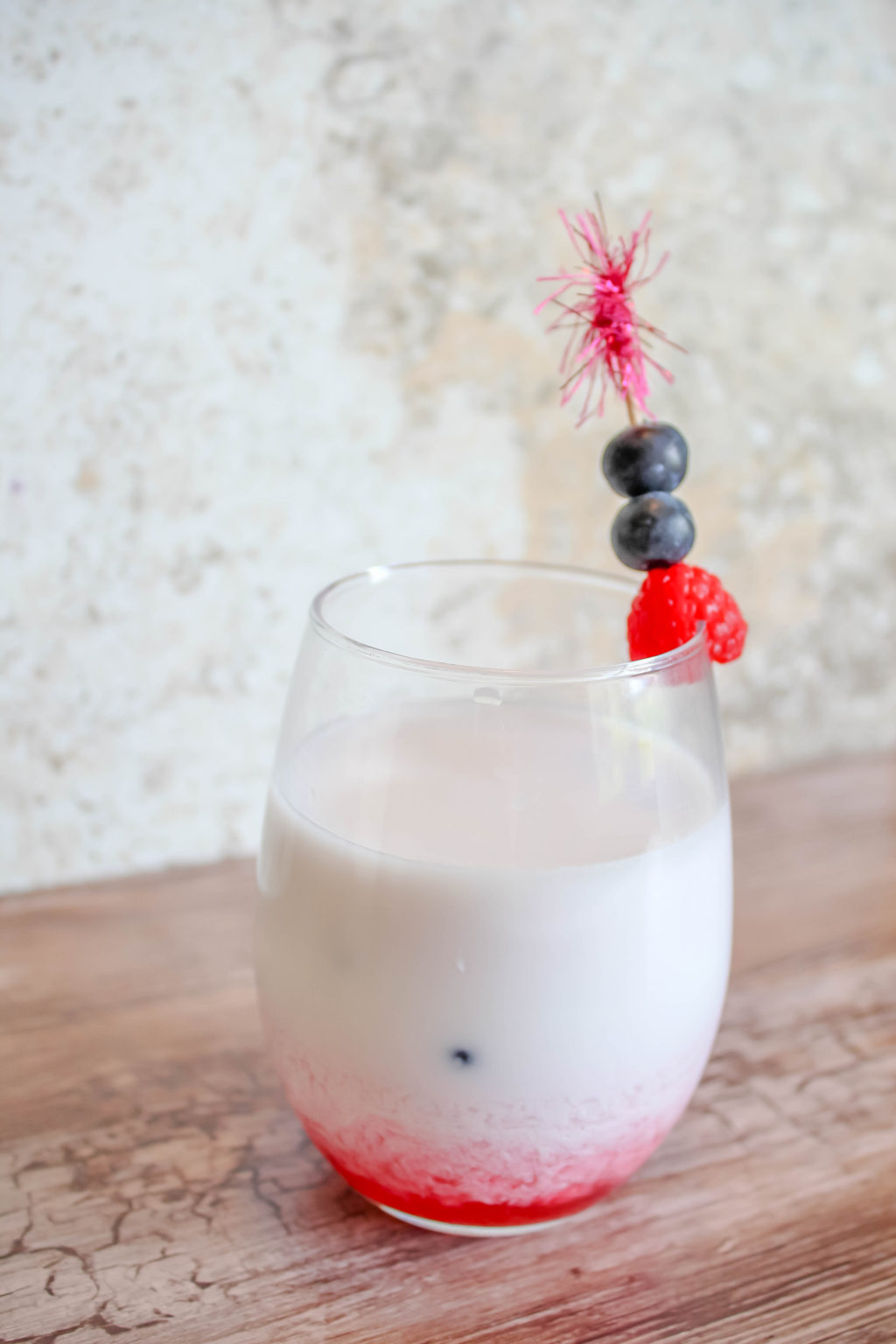 Your Turn:
Do you have a good Fourth of July treat to share with me?