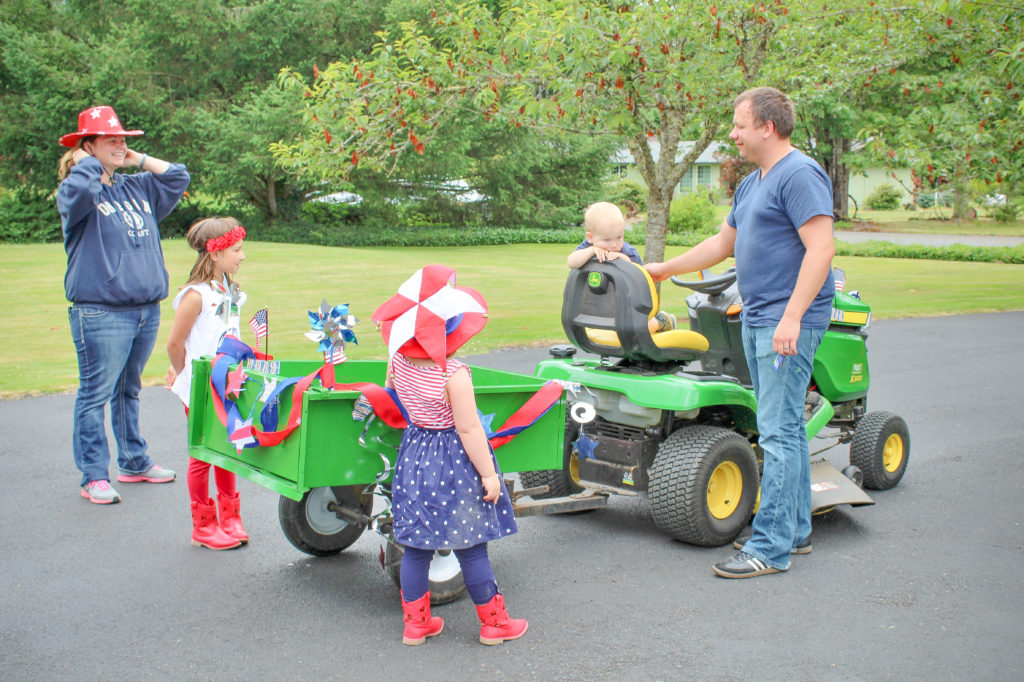 Community Living on the Fourth of July My heart yearns for community.  I think we were created to be in community and, unfortunately, the era we live in – especially here in America – makes it hard for us to have the desire for true, authentic community be met.  We go to work, the grocery store, the mall, any number of places without true interaction.  We drive around in our cars and then pull into our garages without having the opportunity to meet our neighbors.  We send our kids to school, play dates, and sports without taking the time to build lasting friendships with our kids’ friends’ parents.  We are famished for community.

When Nate and I first moved here I was terrified that I was beginning another season of yearning.  Most of my friends had moved away from Portland before we did and it was difficult to find people with whom to connect on a heart level.  At first it seemed I was right.  Months went by before I was invited to spend time with another person my age.  Gradually things began changing.  I got invested in MOPS (to the point where I’ll be on the leadership team next year!), Nate and I began leading a small group in our home, and I began helping out with the church youth group. Best of all, though, I was invited to a play group that was just starting up with women at my church.  There are four of us that get together regularly and a few others that come when they’re able to make it and these women have become my people!  An average play date have about fifteen kids ranging from 9 to 4 months.  The kids all get along so well – the big kids loving on the little kids and the mamas getting a break.  These women have become my lifeline.  When one of them had issues with a repairman, we were the ones who got a group text complaining about it.  When one of them had a scary medical test being done, we were the ones who prayed for her.  When Nate was out of town for an extended weekend, it was one of them who reached out to me, inviting Caleb and me over to spend time with her family.

I’ve found my people and I couldn’t be happier. This fourth of July solidified in my heart how amazing it is to finally have a community to call my own.  The morning was spent with my boys, exploring our small town festival.  We watched gunnysack races, munched on hot dogs, listened to some country music, and chatted with people we knew and people we were just meeting.  It was just what I would expect from a small town festival and my heart was happy.

As that was winding down, we headed out to the home of a friend of a friend.  For years one road has closed down and allowed children and adults to decorate bikes, quads, trucks, and tractors for a mini-invite only parade.  I’ve never had so much fun at a parade in my life!  The kids (and adults) adored decorating and marching up and down the road.  Since most of the parade participants were children, this was one parade where the viewers gave out candy to the participants! As the evening wore down and the kiddos were all tuckered out, we decided to forego the Demolition Derby (did I mention we live in a small town) and, instead, head over to a friends’ house to share some fireworks with their kids.  The kids were so wiped out that they couldn’t stay up even until dark.  Nate and I packed Caleb up and headed home.

As we drove home we remarked on how amazing of a day it had been.  We realized, once again, how thankful we are that we were brought to this little town in western Washington.  After putting Caleb to bed, we pulled out lawn chairs and set them up in the middle of the road so we could watch the firework shows being put on by all our neighbors.  We wouldn’t have life any other way. Your Turn:
Who is a part of your community?
Do you believe that living in community is important?