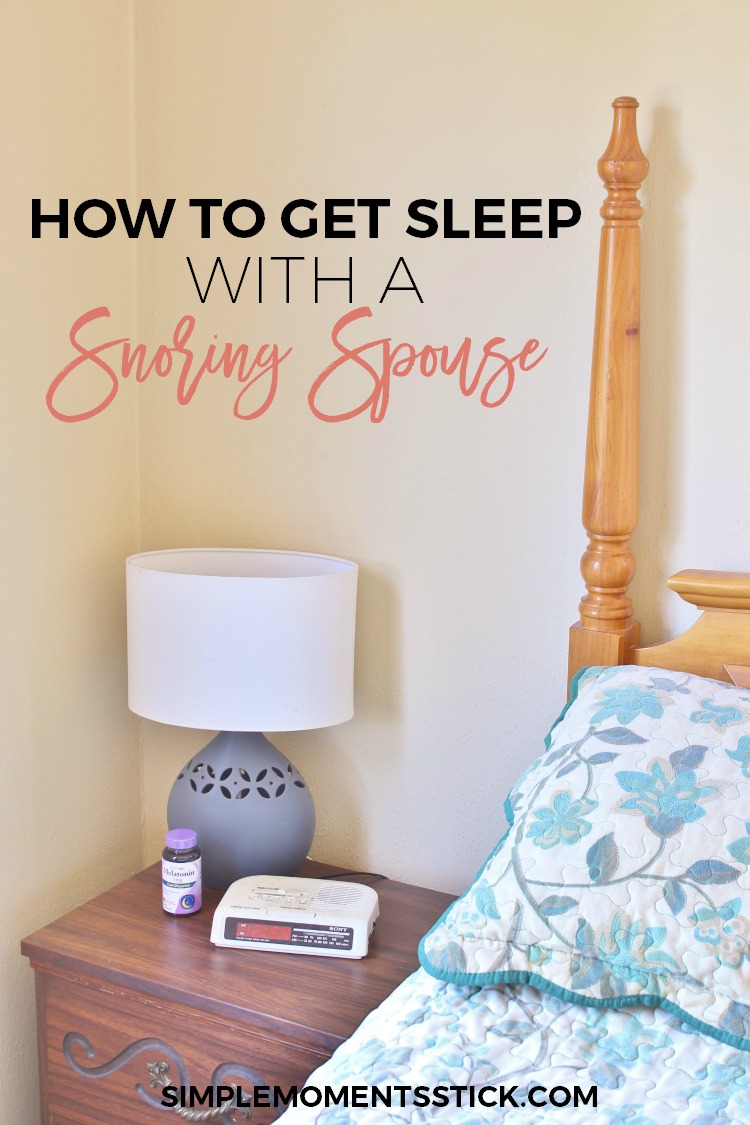 The Sleep Tips that Save Our Marriage As perfect as I believe Nate and I are for one another, there’s one huge area of life where we’re not compatible one bit – our sleep habits.  Seriously, you guys, we couldn’t be more different when it comes to sleeping.

I am the world’s lightest sleeper.  I need total darkness, total silence, and to be laying down in a bed in order to fall asleep.  It takes me about an hour on average to fall asleep after laying down for the night.  I can’t nap.  I wake up multiple times a night.  I have to be the perfect temperature.  It’s honestly the worst and I feel like it’s a curse for something I must have done in a past life or something.  (Don’t worry, mom, I don’t actually believe in past lives…)
Nate, on the other hand, is the best sleeper you could ever imagine.  It takes him about 2.2 seconds to fall asleep.  He can sleep anywhere.  He loves taking naps.  Worst of all, he snores!
For some reason the snoring doesn’t bother me as much in the summertime.  (Other than allergy season because allergy season = death in my household)  I think it doesn’t bug me as much because the sunshine, warm days, and outside adventures just put me in a good mood.  Beyond that, we don’t have as many obligations in the summertime so the lack of sleep I might get doesn’t affect me as much.
Even though I don’t want to admit it, though, summertime is coming to an end!  Fall is just around the corner.  Kids are going back to school.  Fall activities are starting back up and Nate and I are getting busy again.  I need my sleep!!!  Here are a few things we’ve discovered in our five years of marriage that have made sleep better in our house.

Make Use of White Noise

The first step to combat sleeplessness due to snoring is to get a while noise machine (or just use a fan like we do!).  The sound drowns out some of the sound and can sometimes allow even the lightest sleeper to fall asleep in the room with a snorer.  It’s not too much of a cost issue to get a fan or white noise machine so go out and do that right away!

Get a Good Mattress and Quality Pillows

Nate and I invested in a pillow top mattress and some good quality pillows that propped Nate’s head up and the investment helped both of us tremendously!  It helped Nate because his body was positioned better for not snoring and it helped me because it helped him.  Also it helped me because it’s super comfy!  😉  Maybe your sleep would be helped if you saved up some money and replaced your mattress.  I’ve heard that they’re supposed to be replaced every ten years (correct me if I’m wrong) so I’m sure plenty of us have exceeded that time limit.

Sometimes even with a good mattress, quality pillows, and white noise Nate’s snoring was (and sometimes still is) unbearable and keeps me awake for hours.  On nights like that we sleep in separate rooms.  I know, I know, sleeping in separate rooms is usually reserved for when couples are in fights.  I really struggled with that when Nate first suggested it but we realized that, for us, getting sleep was more important than always being in the same bed at night.  So, if Nate’s snoring gets bad enough, I ask him to leave and he goes and sleeps on the couch or on an air mattress in our spare room.  I can’t fall asleep on the couch so it works for us for him to leave but maybe in your relationship you need to be the one to offer to leave or you need to swap days for who leaves.  It’s all up to the couple – the key thing is that you both agree on it and that you’re not using some underlying anger to kick the other person out of the room.

Make Sure There’s Nothing Medically Wrong

After a few years of marriage Nate started waking up not feeling well, super congested, and tired!  I was the one who should have been tired since he slept all night and I didn’t but I often had more energy than he did.  I suggested that Nate saw a sleep specialist and, after some tests, we found out that he has mild sleep apnea!  Having worked in an ENT office I know how loud and clunky C-Pap machines can be so I was really thankful that his sleep apnea was mild enough to just warrant a mouth piece.  He wears it to bed now and snores a ton less and he wakes up feeling so much better since, you know, he doesn’t stop breathing in the middle of the night anymore.  If you’re wondering if your snoring spouse might have a medical problem get it checked out.  Maybe it’ll be an easy solution like it was for us.

For some reason, after Caleb was born my sleep habits got even worse than they had ever been before.  By then Nate wasn’t snoring nearly as much but even a light, dull little snore was keeping me awake.  I didn’t want to take anything with chemicals since I didn’t want to rely on medication to help me sleep and because I was still nursing at the time.  My midwife suggested that I start taking Melatonin – a 100% drug-free and non habit forming sleep aid – to regulate my sleep better.  After trying a couple different brands I settled on using Natrol Advanced Sleep to get my body regulated back to sleeping properly.  It was a game changer for my body and allowed me to get the sleep I needed, even with a snorer in bed next to me!
Maybe you need the extra boost to help you sleep better.  It wouldn’t hurt for you to try Natrol Melatonin too!  Especially in this crazy back to school season, I know many moms out there are losing sleep.  You don’t have to be one of them!  Look for the purple bottles in mass-market retailers, online retailers, natural food and supplement stores!  Try either the Natrol Melatonin Fast Dissolve (5 mg fast dissolve tablets that require no water) or Natrol Advanced Sleep like me (10 mg 2-layer controlled release tablets that provide an initial 5 mg dosage to help fall asleep fast and then relseases the remaining 5 mg over time to help you sleep through the night).  Whatever you choose, they will help your sleeping patterns become more regulated and you’ll wake up refreshed in the mornings with no “sleep-hangover” caused by many sleep medications.
**Note: This product is not intended to diagnose, treat, cure, or prevent any diseases**