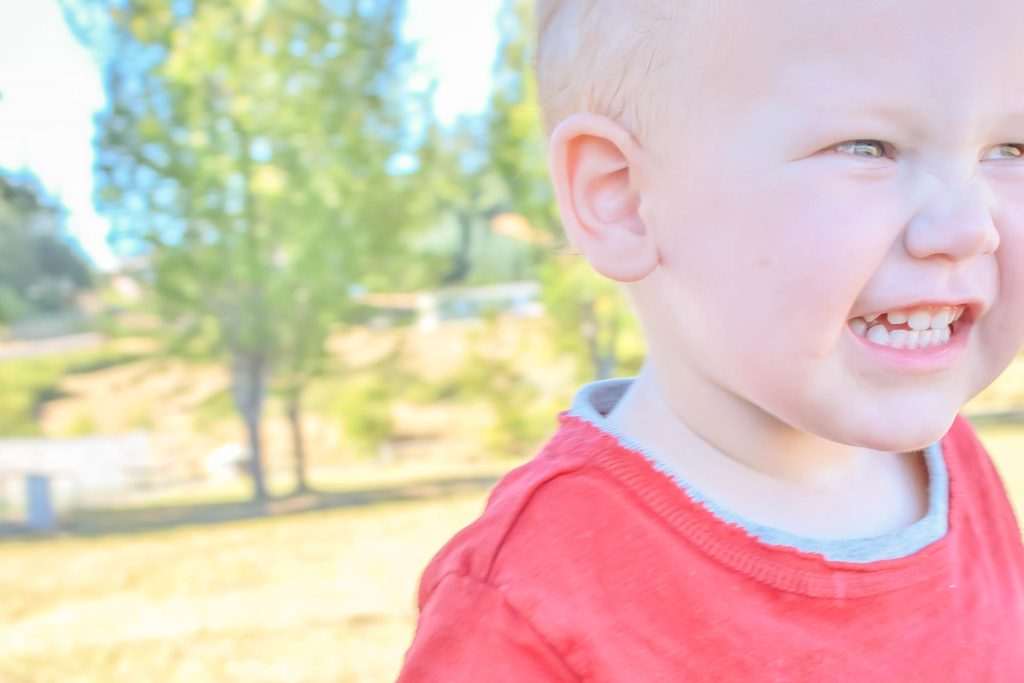 I don’t have a baby anymore.  It’s just a fact now.  My little man is a through and through toddler and, although I love it, I have mega baby fever now!  It was so fun thinking through the past few months and remembering the last days of babyhood we experienced with him.

Caleb took FOREVER to walk but, just like I knew would happen, from about two weeks after his first hesitant steps my kid was pretty much running.  Our little guy does nothing half way so he was just waiting until he was confident that he could walk before he started walking (running).  Caleb also just started being able to walk backward and he thinks it’s the funniest thing!

Caleb’s starting to love playing pretend!  It’s so fun to see him feeding dolls, playing in kitchens, crashing cars into one another, “driving” Nate’s or my cars, and so many other things where we know that he’s putting real life situations into his play time! Little dude is eating anything and everything!  He’s very opinionated (shocker) on what he wants to eat at any given time but if we give him options he’ll typically settle on something and eat a bucket load of it.  Caleb has started loving silverware and can’t eat a meal without a fork – and occasionally a spoon – anymore.  He’s getting to be a pro at it and it’s fun seeing him figure out how to use forks and spoons!

The dairy intolerance is getting pretty easy to deal with – especially since his restrictions were lifted a bit and they’re having us introduce small, trace amounts into his diet.  He’s doing so well with the small amounts of dairy and has an appointment set up for right around his second birthday to see where we go from here. Caleb is such a social little guy!  He loves being out and about and seeing people his age.  He takes a while to warm up to grownups but each and every kid he comes in contact with becomes a friend and he loves smothering them with his “aggressive love.”  We’re trying to teach him that hugs and kisses that turn into tackles are not the way most other kids feel loved and slowly but surely we think he’s starting to understand the need to be gentle with friends.

We have a playgroup of women from church that we get together with about once a week and it’s so fun seeing Caleb bond with, not only the kids his age, but also the older kids!  They all love him and want to take care of him – especially the three 4 year old boys in the group.  I think he’s their little mascot.  There also is one little baby boy in the group that Caleb is fascinated by and Caleb loves getting to sit with me while I hold him.  It makes me excited for someday when Caleb will be a big brother!

Caleb’s best friend stayed with us for a few weeks while there were some family medical things going on and it was so fun (but exhausting) to have two little boys running around all day every day.  By the end of it, the boys had gotten over the stage of thinking it was fun having a playmate around and were having issues sharing, having jealousy issues, and shoving a bit.  Basically they had turned into brothers.  It was good for both of them to get their lives back to normal but, even now, when they see each other they are thrilled.  The weeks of brotherhood definitely formed a deeper bond in their hearts and it’s so precious to see that!

I’m also so thrilled with the fact that Caleb’s starting to finally have no problem with nurseries.  He’ll go right in and start playing, not even giving me the time of day.  I know it’s because he knows I’ll always come back and it makes me so proud that he’s growing up! Caleb is hilarious!  There’s just something innate in him where he knows that something will be funny before he does it.  He loves to tease me (I don’t know where he gets that… cough*Nate*cough) and has the biggest goofy grin that he gives when we ask him to smile.

Caleb also has such a sweet heart.  He cares so much about his friends and doesn’t like when any of them are sad.  He’s quick to share toys, give snacks or drinks, or hug his friends when they’re upset and it really is the sweetest thing!

Now for the negative…  Tantrums have begun.  Oh goodness, you guys.  Tantrums are no joke!  Mostly tantrums happen when Caleb is getting tired but, even so, it’s ridiculous to see him flop himself onto the floor while screaming just because I said we couldn’t go outside that minute.  Whenever he does it I tell him that he’s not allowed to yet because he’s not two yet…  He doesn’t pay any attention to that rule, though.  😉  We’re working hard at teaching him to say or sign things when he’s not happy and are attempting to help him learn that tantrums are not ok but ultimately we know it’s a stage and he will grow out of it.  (Right???  Please, someone confirm that…) Caleb’s finally talking!!!!!!!!!!  At 18 months he still didn’t say anything and the doctor was concerned since apparently he should have been saying about 150 words.  Nate and I weren’t too concerned but doubt crept in every so often.

I’ve been attempting to teach Caleb signs, especially things like “more” so Caleb doesn’t scream every time he wants something, and, finally, at 18 months he started responding.  First it was to “more.”  He learned to sign it and it got to the point where it just meant “food” to him.  Next I thought it would be good to teach him “please” so we started that one and he picked it up.  Lastly “all done” was one that he learned.  By that time he was starting to say things so I decided it was time to stop with the sign language and encourage words.

The first word Caleb started saying at around 19 months (and still his favorite word) is “yeah.”  He says it to almost every question we ask and so sometimes Nate and I thought that maybe he didn’t know what it meant.  We started testing it out, though, by saying things like “Do you want to take a nap?” and he would shake his head vigorously.  He definitely knew the difference between yes and no.  After that he started saying “no” but still mostly shook his head when he wanted to say “no.”

In the weeks that followed Caleb started saying Crackers, Bubbles, and Mama.  He now says maybe a dozen words (if you count animal sounds which our doctor does) so he’s slowly but surely learning. I swear it is ALWAYS something with this kid.  At his 18 month appointment the doctor suggested we take Caleb to an Audiologist to make sure he was hearing properly.  We did and the results came back a little inconclusive since the crazy kid would not sit still with something in his ear.  She could tell that he could hear but thought that maybe he had fluid in his ears.

After two more visits it became clear that he did have fluid in his ears.  Just a few days later we had a surgery all set up, his tubes were placed, and he was back to himself!  We think his tubes could be the reason he’s walking backward and saying new words and definitely feel as though we made the right choice!

After getting his tubes Caleb’s sleeping better during nap times.  Maybe they have nothing to do with one another but it’s super nice!  He’s taking two naps and sleeping about an hour and a half each nap!  It’s nice to finally be able to get things done during nap times!!!

Your Turn:
What sort of things did your kids do between 19 and 21 months?
Did your kids get tubes placed in their ears?