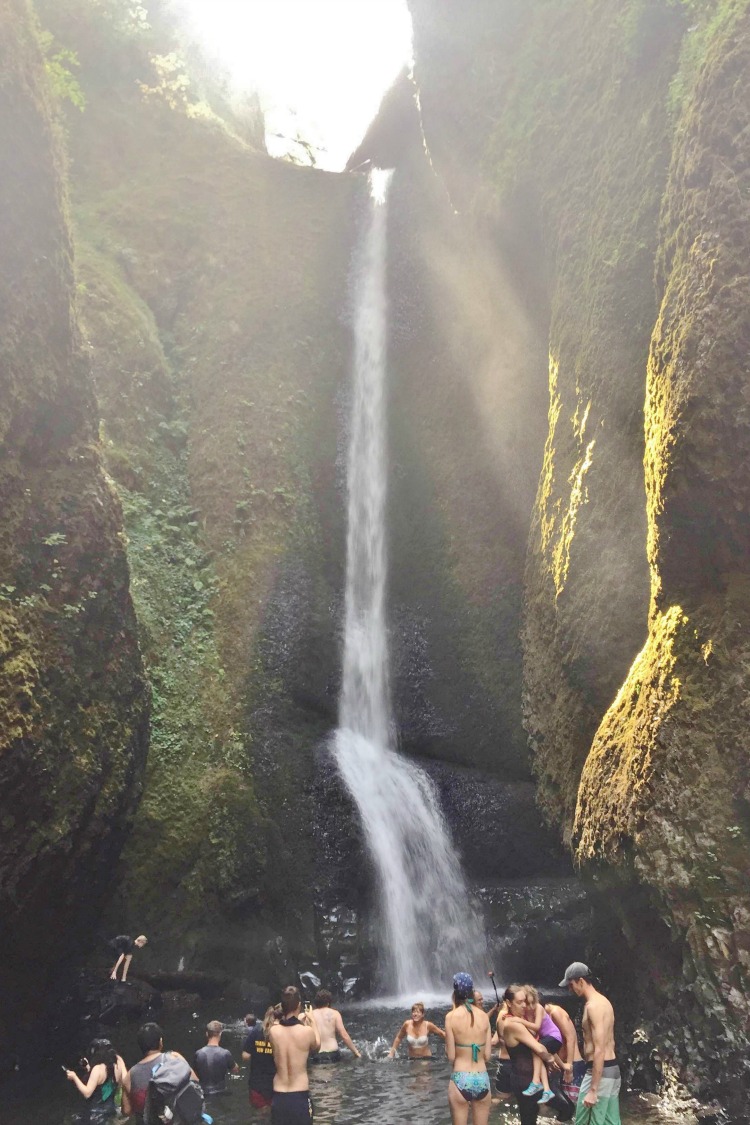 Nate and I met on a hike.  Well, to be a little more accurate, we met in a car on the way to a hike but saying we met on a hike has a little more shock power to it.  When we were headed back to Portland for a few days, Nate and I thought it would be fun to reminisce and go back to the very hike we met.  Neither of us had done the hike in over eight years so we didn’t remember much – just that we were bound to get wet.
Oneonta Gorge hike is a short little hike that is so much fun!  The bulk of it is trudging through water and at the deepest point it came up to my chest.  The hike was crazy busy, even though we went on a Friday early afternoon so the short little hike that should have taken under ten minutes ended up taking much longer.  The majority of the time ended up being stuck at a huge damn of logs waiting for people headed both ways to get over.  Once we reached the waterfall at the end of the gorge, though, we were thrilled!
It was fun to reminisce about meeting and the two years it took before we began dating.  I have to say, our love story is my favorite! Your Turn:
Where did you and your spouse meet?
Do you like getting soaked on hikes?