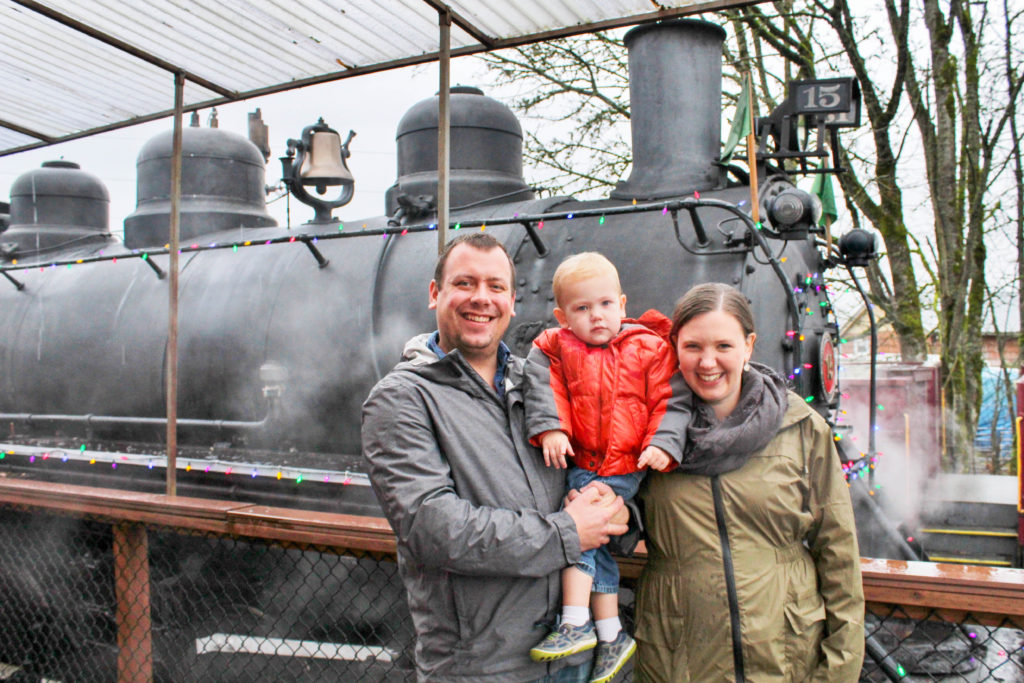 Like many little boys his age, Caleb is totally obsessed with trains.  When I found out that a nearby historical steam train had Santa train rides during the Christmas season, I knew it was something we HAD to do with him!

Sure enough, when we told him we were going to be riding on a train (or “choo-choo” as he calls it), he let out the most excited “yeah” we’ve ever heard come out of his little body.  We rushed to the car and headed out.  The whole way to the train Caleb was singing, yelling out choo-choo, and squealing.

The train ride itself was a little confusing to Caleb.  He knew we got on the train but then couldn’t quite understand that we were on the train.  Once we started singing Christmas carols, got visited by Santa, and got candy canes he was all over it again!  Something about getting to eat a whole candy cane made my little guy thrilled…  I’m not sure why…  😉

If he’s still obsessed with trains we’re going to have to go again when he’s able to understand a little better that we’re actually on a train…  Until then, the memories we made we wonderful and special! Your Turn:
Have you ever gone on a Christmas train?
Have your kids seen Santa yet?
Toddler