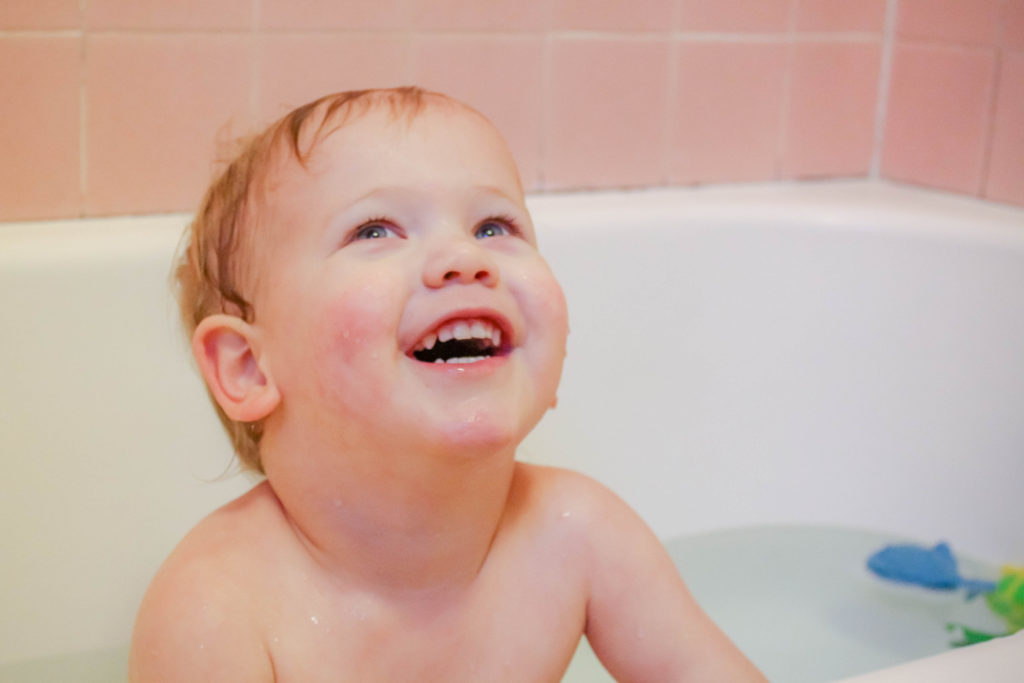 Unfortunately Caleb inherited sensitive skin from his mama.  That’s one of the things on our list of traits that we had planned on him inheriting from Nate but apparently genetics don’t follow the lists of the parents.  Go figure…

Since Caleb has lame digestive issues (so much better since we found out dairy was a no-go but still lame) it means that if he sits in a poopy diaper for more than about 2.2 seconds he gets a nasty diaper rash.  My solution, of course, would be that he just get potty trained and not have to deal with diapers at all but Caleb isn’t on board with that.  He has about zero percent interest in potty training and that’s not a fight I’m going to fight.  When he’s ready we’ll cross that bridge.

Since potty training isn’t on the table and we don’t always catch dirty diapers right when they happen we’ve had to figure out ways to help heal our little man’s skin after getting a nasty rash.  We’ve found some awesome solutions that heal him up quick! First off, when Caleb has a diaper rash we try to keep from using wipes with chemicals on them.  That means that we will often use a wet rag to clean him up.  The alcohol in most diapers stings and I don’t blame Caleb for throwing a fit when we try to wipe him down with them.  I was also just introduced to Water Wipes and can’t wait to use them on Caleb when he needs something more sensitive on his skin.

I know everyone has their favorite type of diaper rash ointment but I swear by Butt Paste!  I got a tube of it at a baby shower and I haven’t looked back since.  It’s the best stuff for spreading all over rashes.  If the rash is a normal diaper rash (opposed to a yeast rash) I have yet to have a time when the Butt Paste didn’t take care of it within a few hours.  I always include Butt Paste in baby shower gifts to friends!

Unfortunately, Caleb gets yeast diaper rashes sometimes.  These rashes look like little pimples all over his bottom and they make me so sad.  Amazingly enough, spreading coconut oil all over them clears them right up!  Yes, the same stuff you use for cooking!  I discovered this when Caleb was pretty young.  He had a horrible yeast rash that Butt Paste couldn’t take care of and I was wanting to cry right along with Caleb.  The doctor’s office wasn’t open so I Googled for pictures of the rash.  Once I figured out that it was a yeast rash I Googled what to do about yeast rashes.  Most of the solutions seemed far fetched or involved ingredients I didn’t have at home but a few sites mentioned coconut oil.  I was willing to try anything that seemed legit so I spread it all over and by morning the rash was cleared up.  Praise the Lord for Google!

Even with all the products, the best thing we’ve found for diaper rash is letting Caleb go diaper free.  I’m not a fan of bodily fluids all over my house so the best diaper free time is in the bath.  Caleb plays and plays in the bath and an hour of diaper free time will pass by easily before he’s ready to get out of the bath.  This allows his bottom to air out and the water to wash away and acidic particles that may have been left on his skin.  It’s fun AND beneficial.  Win-win! Your Turn:
What do you do when your kiddo has a diaper rash?
Do you think Caleb’s ever going to potty train?  😉