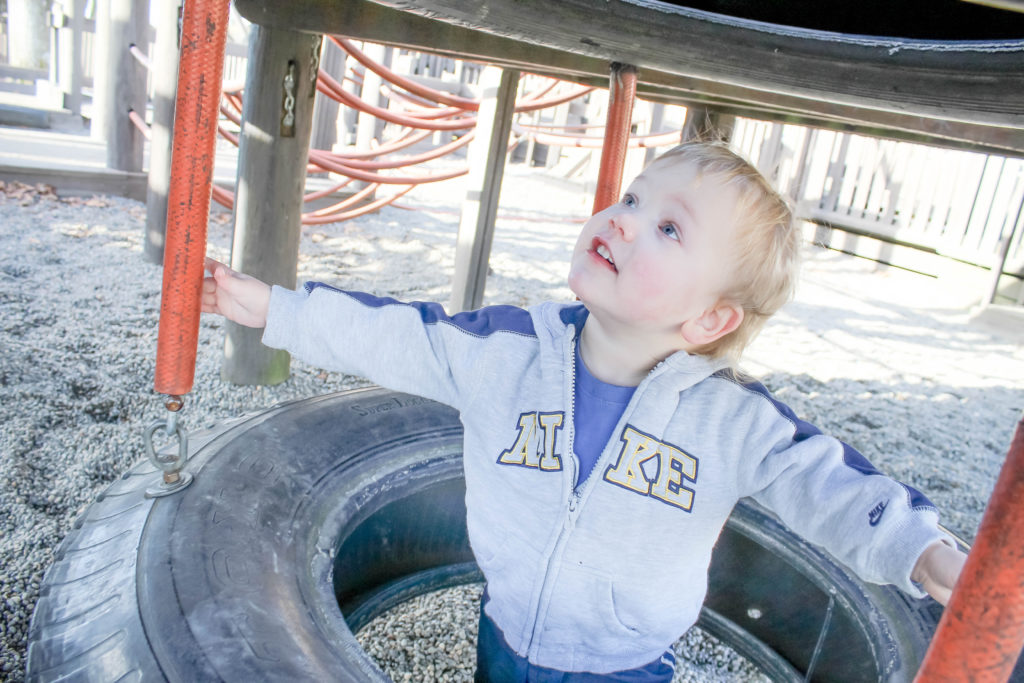 When Do the Terrible Twos Start? We’re now over a fourth of the way through the twos and, let me tell you, this is my favorite age BY FAR!  We truly aren’t dealing with the terrible twos!  Maybe Caleb just got his terribleness out of the way early but he’s pretty much the opposite of terrible!  The other day I was reading a blog post I had written back while we were in the midst of the hardness and had to call Nate over to laugh with me about what I had written.  I said “When he doesn’t like something he lets us know!  (God help us all when he becomes a toddler!)”  I wish I had known then that Caleb becoming a toddler was NOT something I had to worry about!

Caleb is sweet, he is compassionate, he is loving, and he is easy going.  Don’t get me wrong, Caleb can throw a tantrum with the best of them but his tantrums really are few and far between and, with love and correction he gets over them pretty quickly.  The terrible two symptoms are few and far between.  Caleb adores people, loves his friends, and gets so excited to play in the nursery at church or MOPS.  Almost every time he’s picked up the nursery workers let me know that he was so well behaved and sweet.  My little man may not talk a lot but he does say “please” and “thank you” so willingly and happily.  He plays by himself well, shares with others well, and (most of the time) loves going down for naps and bedtime.

Now, don’t get me wrong, I’m not saying this to brag about anything Nate or I are doing in raising Caleb.  Yes, we are intentional about how we parent but we know that the moment we say his sweetness is because of us is the moment Josiah becomes a toddler and proves otherwise.  😉  I’m sharing this to encourage you!  Maybe you’re in the throws of a horribly hard babyhood where your little one cries all the time and never sleeps!  Maybe your toddler really is experiencing the terrible twos.  I just want to tell you that this is a season.   Someday your baby will sleep.  Someday your toddler will learn to not throw tantrums.  Someday things will be different.

I know that while I was in the midst of the hard it helped me so much when another mama, a woman who understood where I was coming from, hugged me and let me know that this would end.  I want to be that woman for you.  Here’s your virtual hug and I am telling you, it WILL end!  It may seem like forever but it won’t be.  You’re a rock star! Your Turn:
What are your thoughts on the Terrible Twos?
What was the hardest stage with your little one?