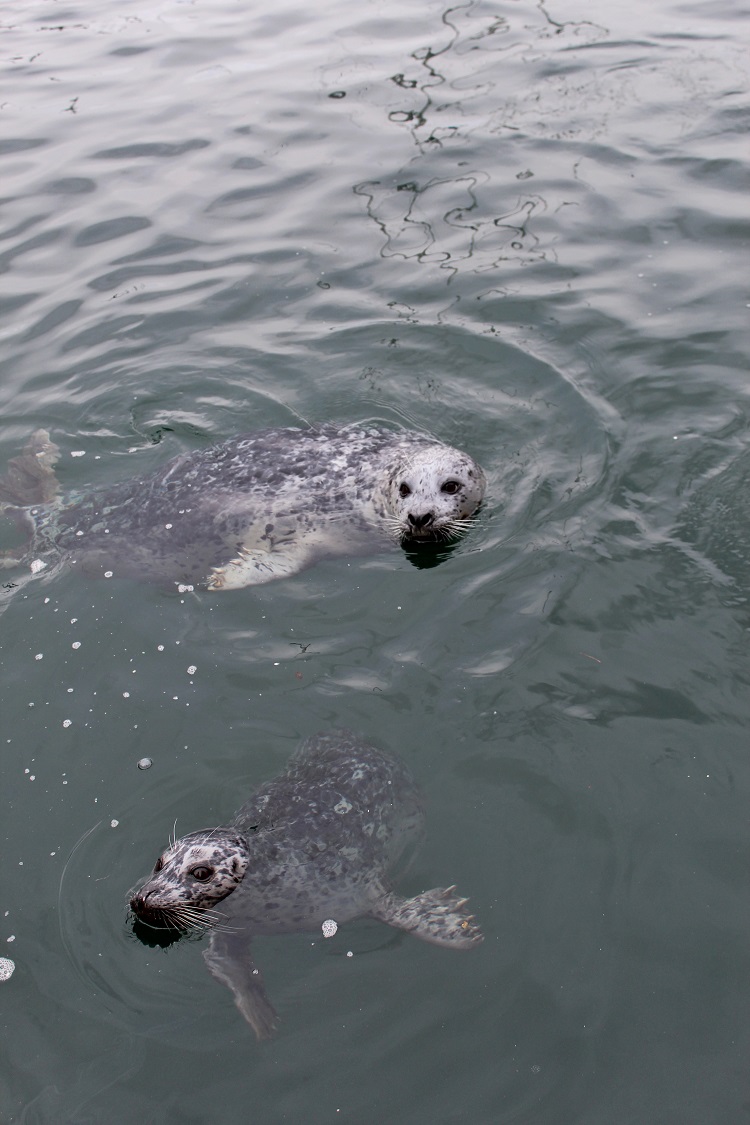 When I was pregnant with Caleb, Nate and I took our babymoon early on – we visited NYC and DC when I was right around ten weeks pregnant and had a blast celebrating the new life I was carrying and enjoying one another.  This time around we decided we’d take our babymoon later on in the pregnancy so this past weekend, when I was 30 weeks pregnant, we dropped Caleb off at his grandma and grandpa’s house and spent an extended weekend in Victoria, British Columbia.  Of course, I would have loved to have been able to travel to Europe but, since Victoria feels super European, it was a great second choice for a tiny fraction of the cost.  I guess that’s a win.
While we’re traveling, Nate and I love walking around the areas we’re visiting, taking in the sites and getting a feel for the community.  During this trip we heard about Fisherman’s Warf and decided we needed to take a walk and go visit it.  This may not have been the most logical idea since it was late February and super cold PLUS my round ligament pain is pretty much the worst by this point so that made walking hard for me but we (I) sucked it up and trekked out there.
During the summer it sounds like the warf is bustling with people, tasty food, and water activities but in February it was pretty dead.  At first we were a little bummed to have walked so far only to reach a spot that was a dud but then we saw a group of people on the edge of one of the docks taking pictures and making quite the ruckus.  Of course we had to find out what was going on and when we reached the edge of the dock we saw them – the seals!
You guys, it was SO COOL!!!!  These wild seals live near Fisherman’s Warf and one of the shops sells fish that you can feed them.  We opted not to purchase any of the fish since there were tons of people there who were doing it and, instead, just watched these awesome creatures enjoying their meals.  There were probably ten or so seals total and it was a blast watching them play, eat, and beg for fish!  I have to say, the walk was totally worth it! Your Turn:
Where did you go on your babymoon?
Do you get excited about seeing wild animals up close?