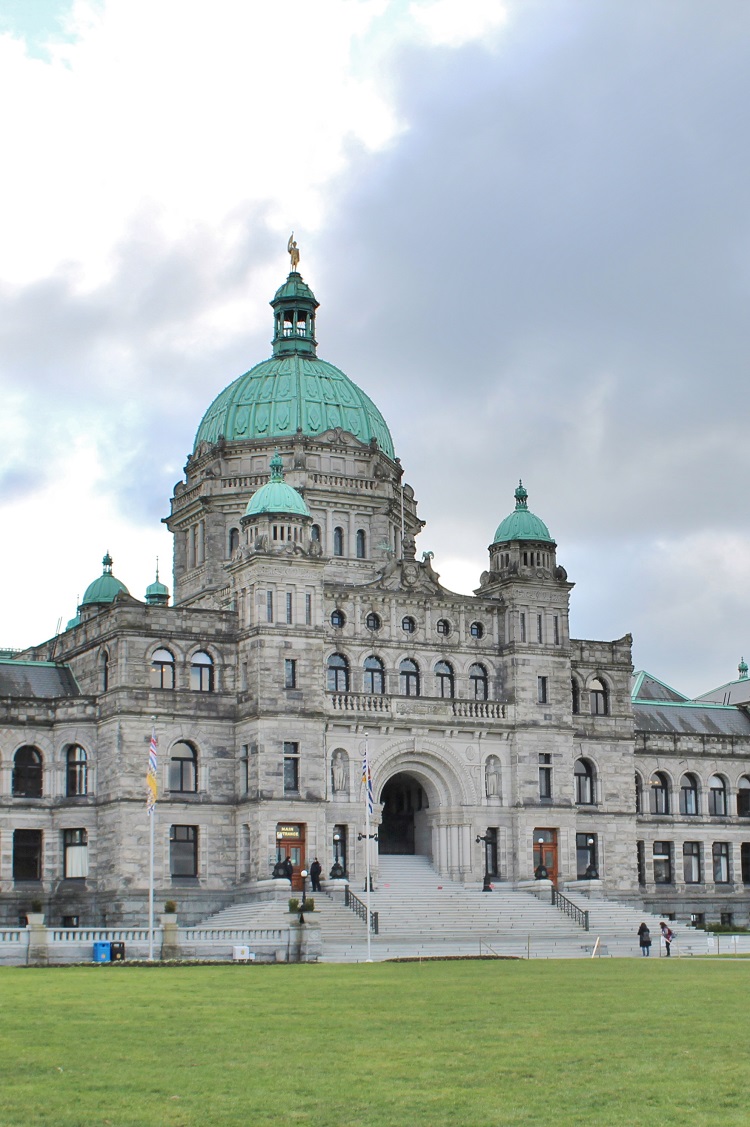 I traveled to Victoria years ago with my family…  I think I was in middle school.  One of the things I remember was touring the Parliament Building so that had to go on the to-do list for this trip.  Let me tell you, the information we learned was fascinating and made Nate and me wish America’s government was as regal and traditional as Canada’s (and England’s since Canada is still a part of the British Empire).  I mean they still have the tradition that it takes a nod of the head to confirm a new law.  That’s awesome!

Currently the top four positions in government in British Columbia are held by women so they had a really great exhibit celebrating the women in government.  It was really awesome to hear about the women and changes that are happening because of them!

As awesome as the tour was, I was a little embarrassed to be an American toward the end of it.  Our tour guide was telling us about Queen Elizabeth II and that she was the Head of State in Canada as well as in 15 other countries.  The other American couple in the group got so confused and asked why she would be ruling over so many countries.  World history, people.  It’s important! Your Turn:
Do you love hearing about the history of the places you visit?
What’s the coolest historical place you’ve toured?