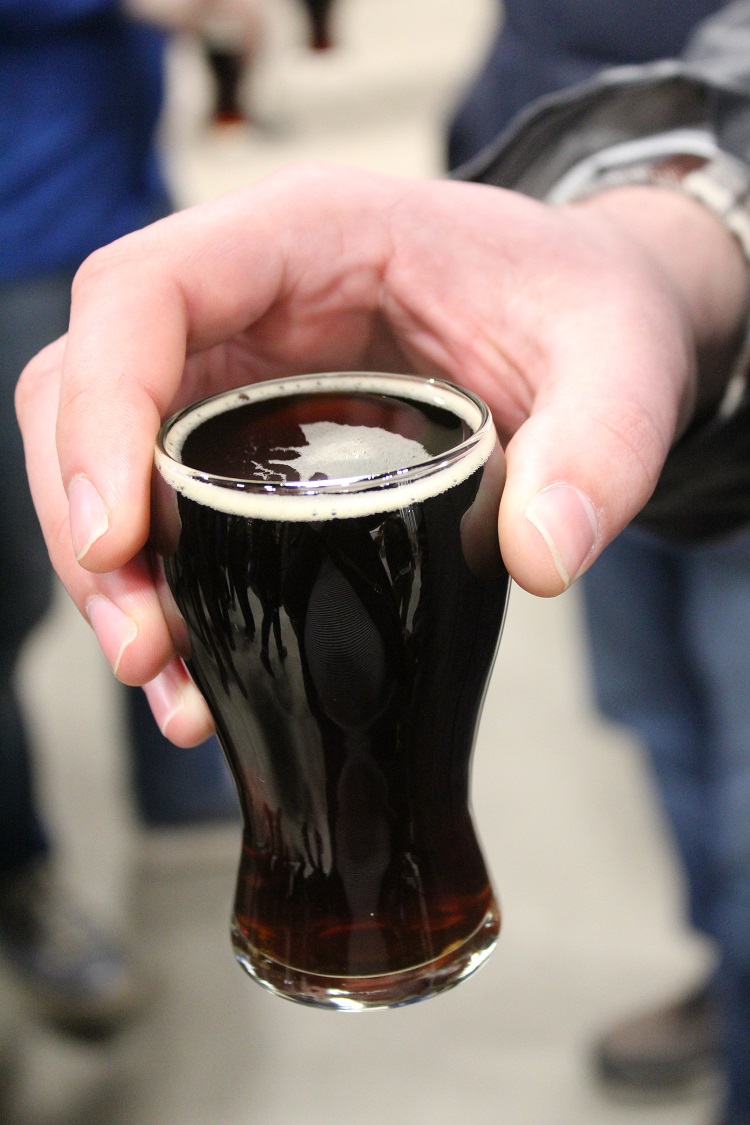 I’m married to a man who loves his beer.  I don’t mean that in the sense that he drinks too much (because he doesn’t!), I mean it in the sense that he’s a beer snob.  He’s always trying out the newest micro-brews, he loves brewing his own beer at home, and he loves chatting with friends about what types of beer they enjoy.  I think he’d have a heart attack if Budweiser was ever brought into our home.  I, on the other hand, pretty much hate all beer.  Seriously, it’s just nasty stuff – especially the hoppy beers that Nate enjoys.  Give me a nice chilled glass of white wine (or, better yet, a long island iced tea) any day!

When we were looking through the Be a Tourist in Your Own Hometown listings during our trip to Victoria, BC to decide what other venues we’d visit Nate got excited that there were a few breweries, wineries, and craft cider breweries that were giving out free tours.  Nate loves brewery tours!  Since he brews his own beer, he’s fascinated by the science behind making beer and, to be honest, I think it’s completely fascinating too.  #Nerds  We’ve planned getaways surrounding visiting breweries before so it should come as no surprise that he really wanted to add one of the free tours to our to-do list.

Now, remember, we were in Victoria for our babymoon.  I was 30 weeks pregnant…  30 weeks pregnant and HUGE!  Nevertheless, I thought it would be a fun idea to go on one of the tours too.  We picked out the Victoria Caledonian Brewery & Distillery (they make both beer and single malt whiskey) since neither of us had ever visited a distillery before and headed over.

You better believe that I got all sorts of looks walking in.  As Nate was handed his first free taster the tour guide didn’t really know what to do with me and awkwardly offered me water.  I quickly put her at ease and let her know that I was perfectly fine with not drinking and that helped a lot.  Nate and I totally enjoyed the tour and learned so much, especially about the process of making single malt whiskey (basically Scotch but it can’t be called that because it’s not being made in Scotland).  And Nate’s favorite part was probably the four free tasters plus one free bottle to take home.  You better believe he had me grab my free bottle to take home even though I was turning down the tasters!  Let’s just say I didn’t drink that one either.  😉 Your Turn:
How do you feel about beer?  Nasty stuff, right?
What do you do simply because your spouse enjoys it?