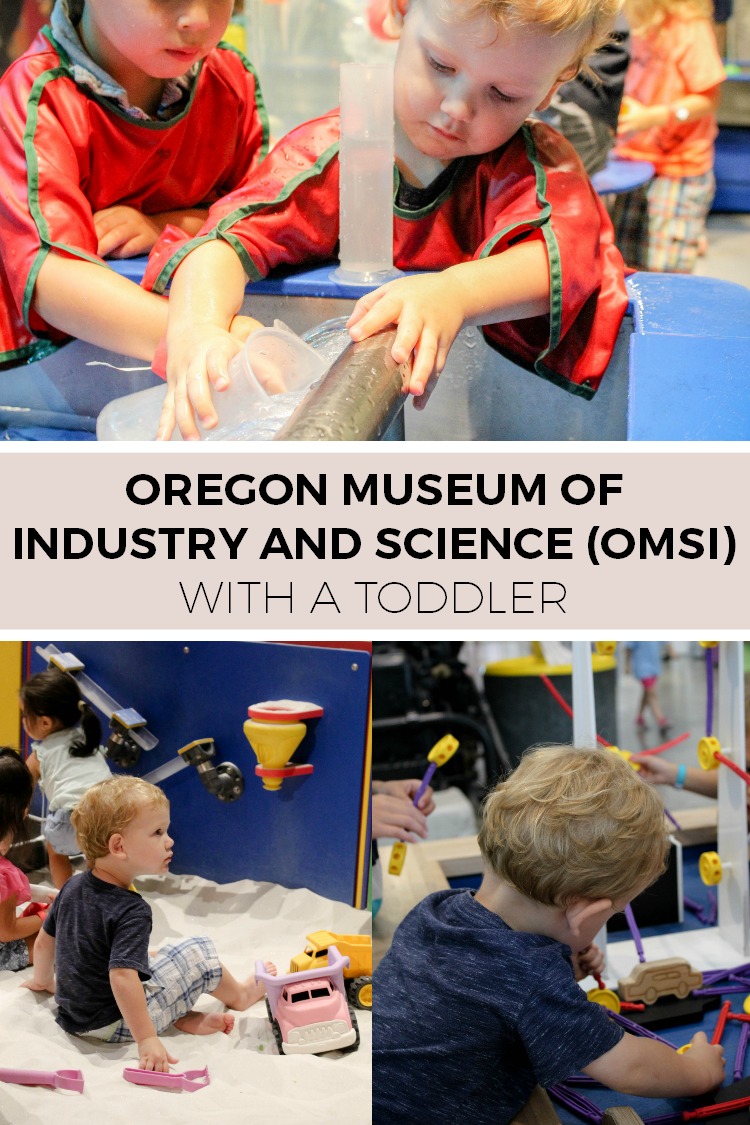 Should I go to OMSI with a Toddler? The day we headed to Portland for our vacation was an absurd 105 degrees.  Our original goal had been to take Caleb to the zoo that afternoon but not only did we not want to be walking around outside in that weather, they also shut the zoo down early that day due to the heat!  We still wanted to do something with our little guy so we figured heading to the Oregon Museum of Science and Industry would be fun!  We didn’t know if going to OMSI with a toddler was doable but the heat convinced us that, even if he didn’t have a good time, we needed to be indoors!

At first we weren’t sure we had made the right call.  We took Caleb into the main hands on area of the museum but things were all too advanced for him.  He was having fun running around touching things so we weren’t too disappointed but he really wasn’t able to engage with anything.  I was starting to think that OMSI wasn’t very toddler friendly.

Our next stop was upstairs.  I had to feed Josiah so Nate and Caleb went off into one of the exhibits to walk around – Nate was finding it super interesting.  Caleb, not so much.  Luckily enough, the spot I found to sit down and nurse ended up being right next to the under six area!  We would have gotten there eventually since we were going to check out the whole museum but finding it when I did ended up saving us from dragging a bored Caleb through a few more exhibits.  Note to self: look at signs.  If we had just looked at a map of OMSI (which they had all over the place) we would have seen that they had a younger kids area so much sooner!

This under six area was the best!  It was full of hands on activities that were perfect for our two year old.  Caleb spent a few hours playing in sand, exploring the water activities, building, playing in the pretend house and store, and learning about animals.  We always love watching him explore and learn and this section of OMSI was set up perfectly for our toddler to do just that.

Moral of the story – if you find yourself in Portland, Oregon with your toddler, definitely take him to OMSI! Your Turn:
Do you have a favorite place to take your toddler to learn?