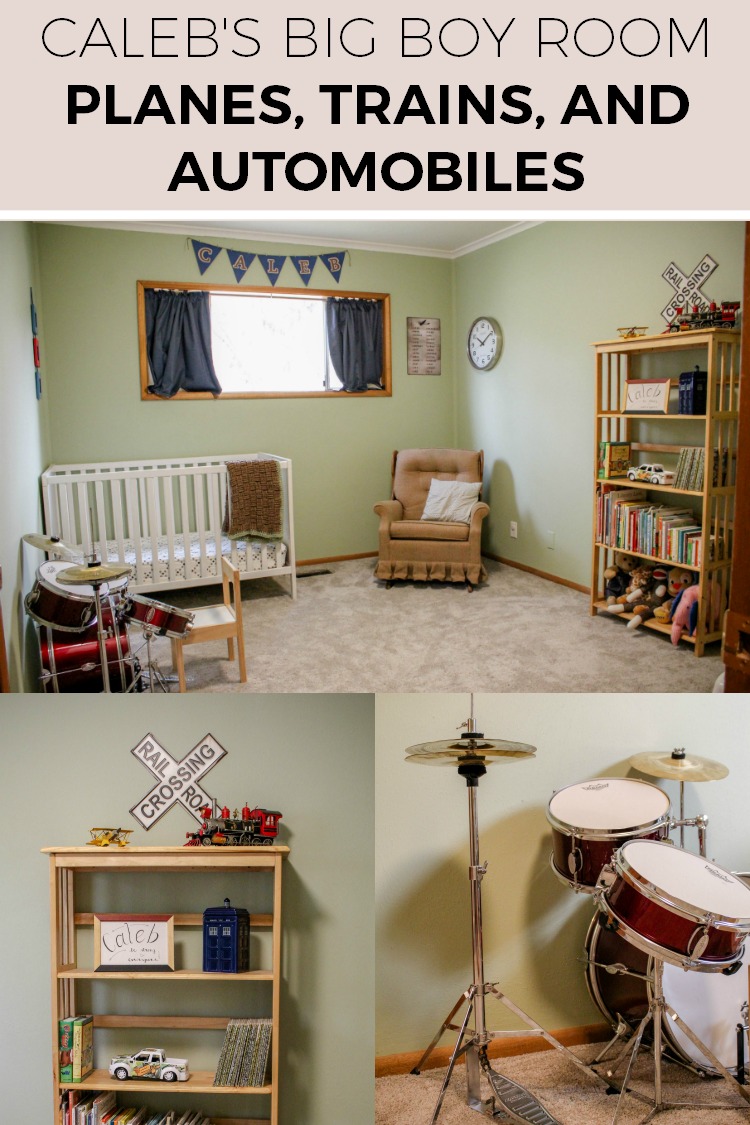 September 7, 2017
This shop has been compensated by Collective Bias, Inc. and its advertiser. All opinions are mine alone. #ChoosePlaytexBaby #CollectiveBias 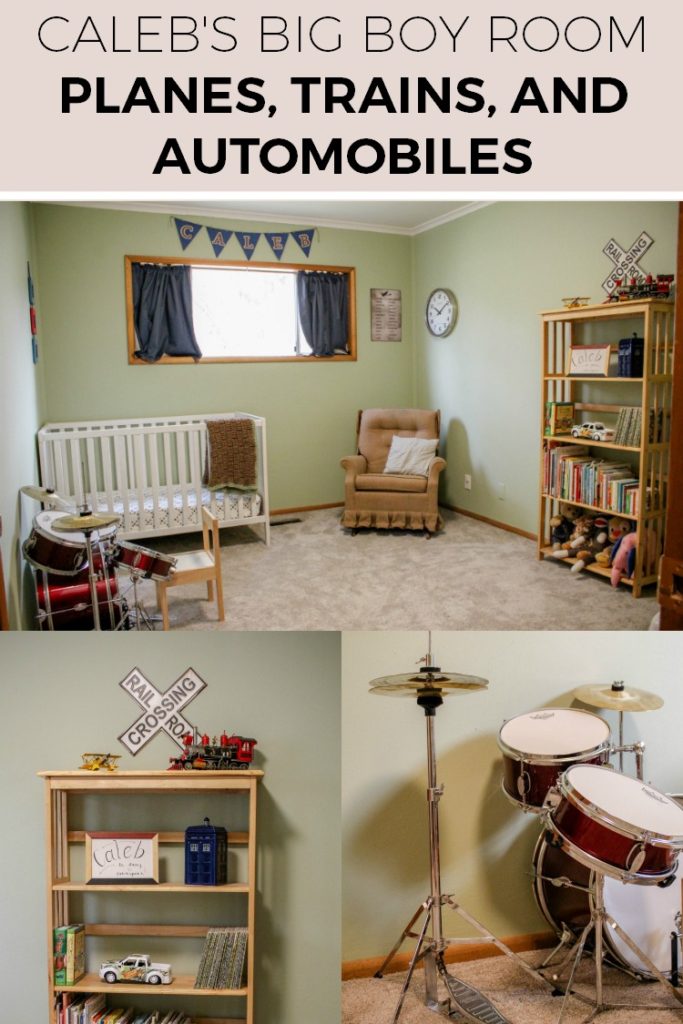 Caleb, like many kids, is obsessed with all sorts of automobiles.  He loves trains, is fascinated by airplanes, and would ride on tractors all day, every day if we let him!  When I was planning his big boy room, I immediately decided it had to be a planes, trains, and automobiles theme.  And yes, a Tardis does count as a vehicle as well…  Doctor Who nerds unite!  This is the second room we have finished (minus the trim but that’s coming in stage two of our house renovations) and Caleb and I love hanging out in here reading books, rocking on the rocking chair, and playing his drums.  Because, yes, every two year old needs drums in their room. (Those were a present from the drummer at our church. #WorshipPastorDaddy)

Updating the paint and carpet was absolutely needed in this room!  I found some great plane, train, and car decor and, for Caleb’s birthday in November, got it (mostly) decorated.  He was so excited as he walked into it and would constantly point to the walls saying “dada paint!” and point to the decor making airplane and train noises.  Now that he’s older and talking more he loves asking to play with his metal airplane and train and telling us all about the colors of vehicles he has in his room.

And before you say anything, yes, this is Caleb’s big boy room and yes, he is still in a crib.  We were gifted a second crib while I was pregnant with Josiah so we see no need to transfer Caleb into a toddler or twin bed when he has yet to figure out that he can climb out of his crib.  I’m personally fine with him being in a crib until he’s 15 if he hasn’t figured out how to climb out yet.  Eventually a big boy bed will be a part of this room but for now we’re calling it his big boy room but allowing him to stay little too! 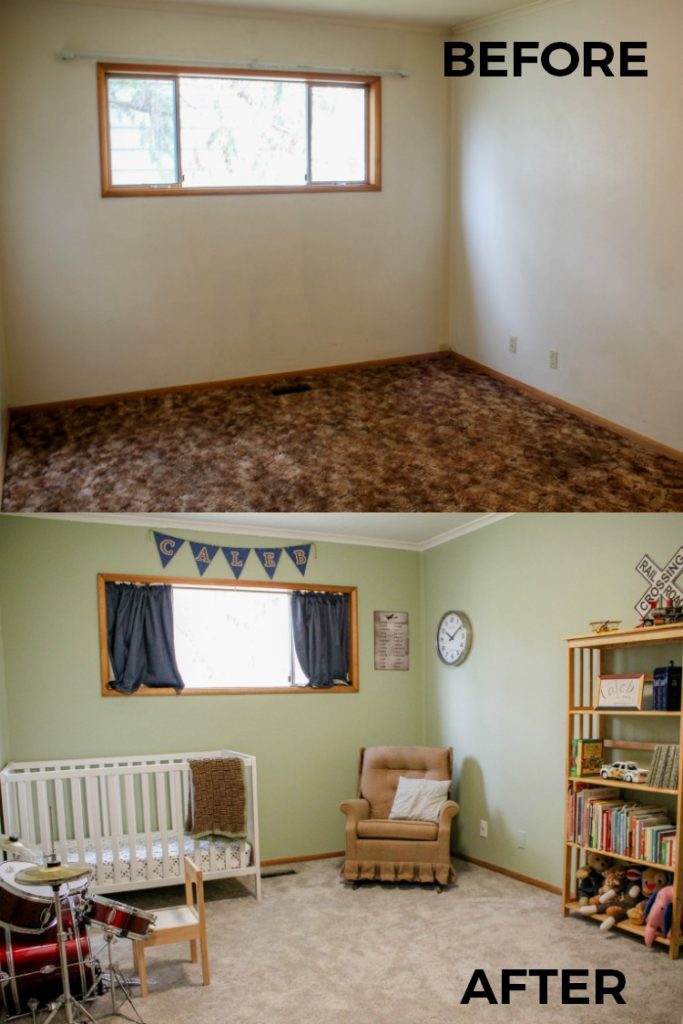 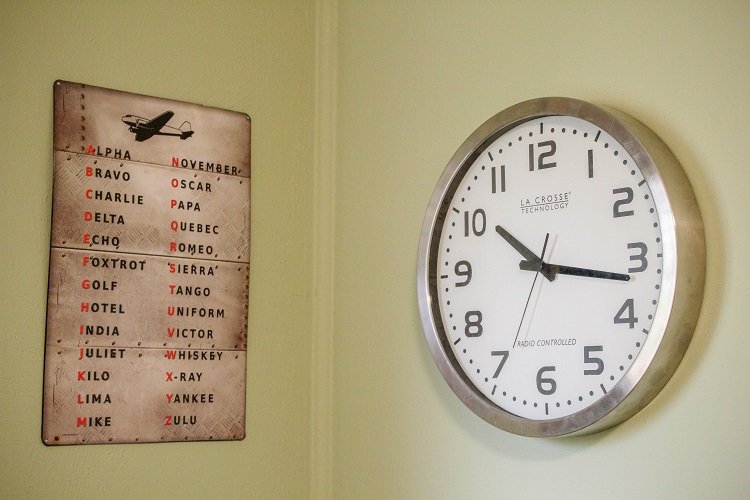 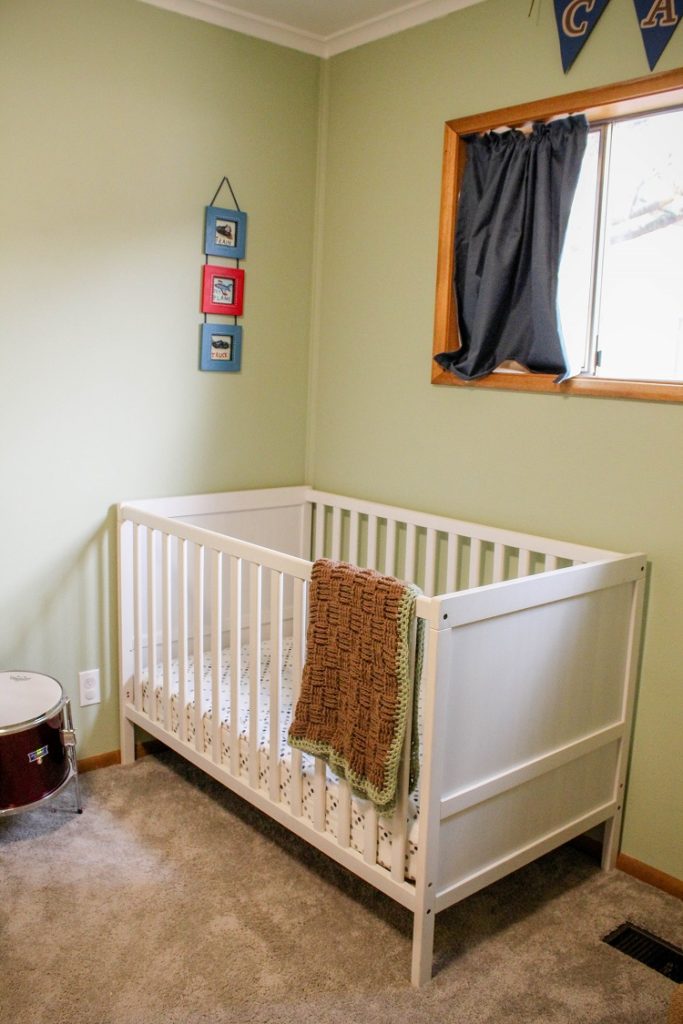 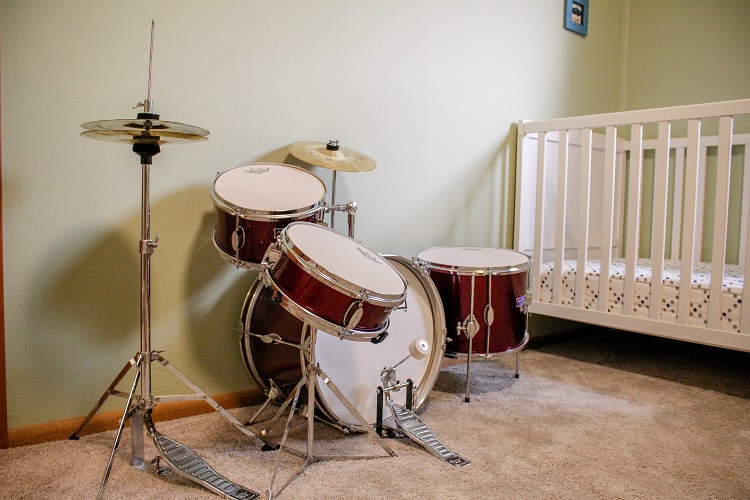 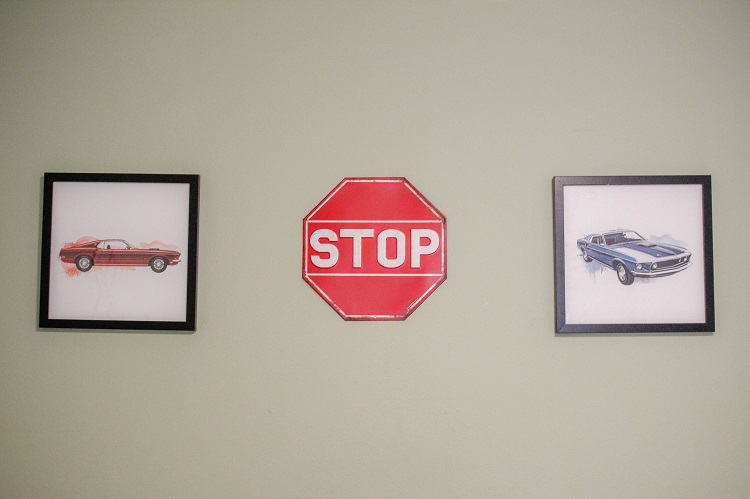 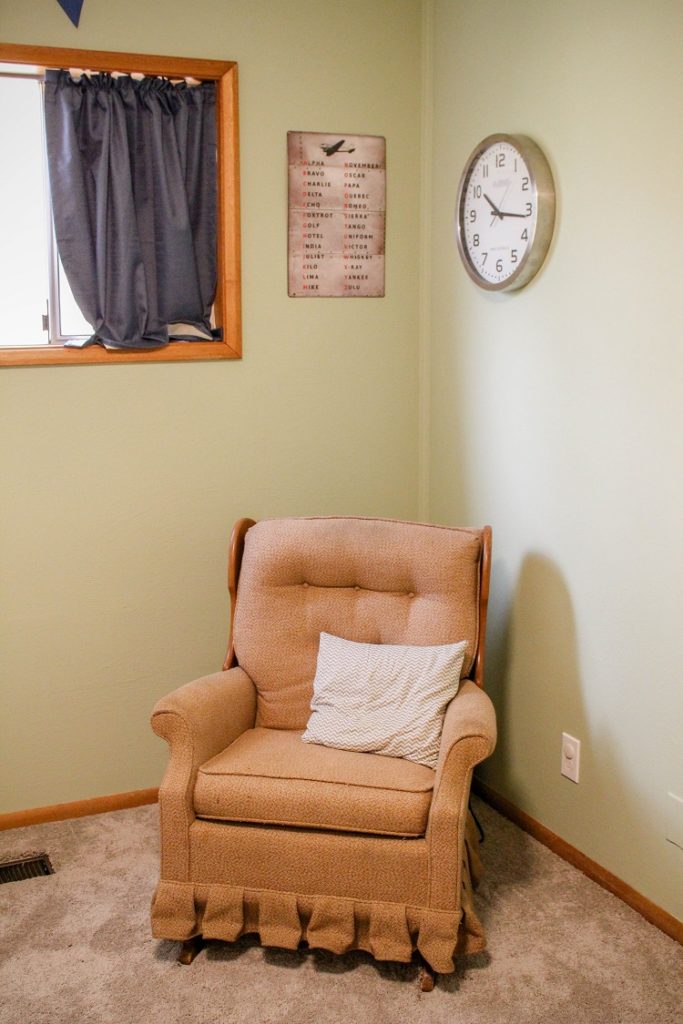 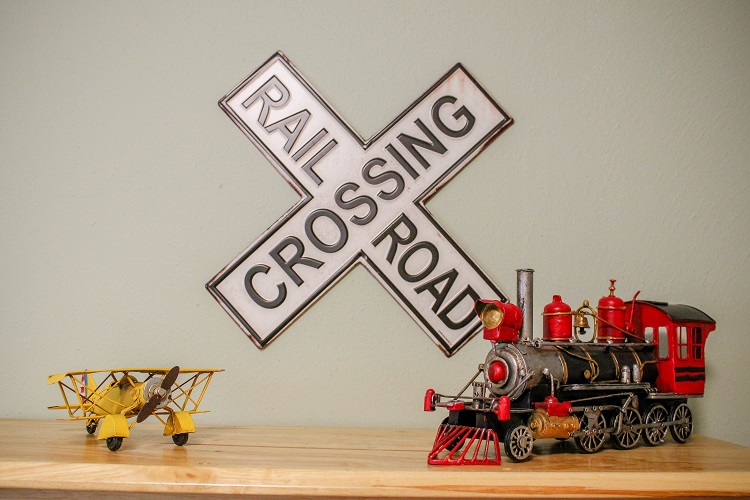 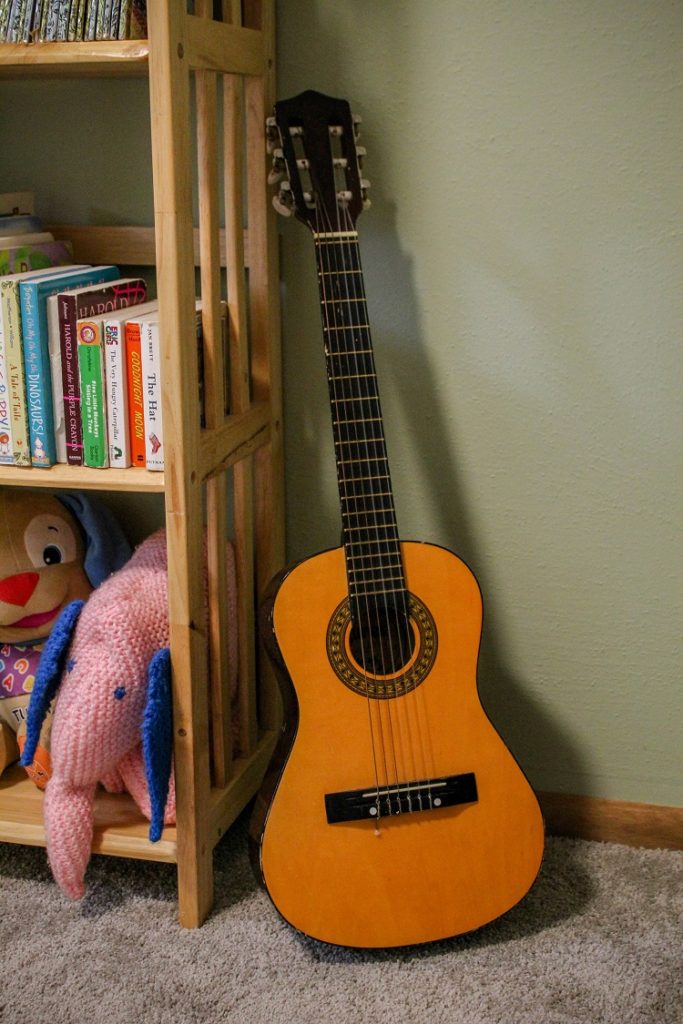 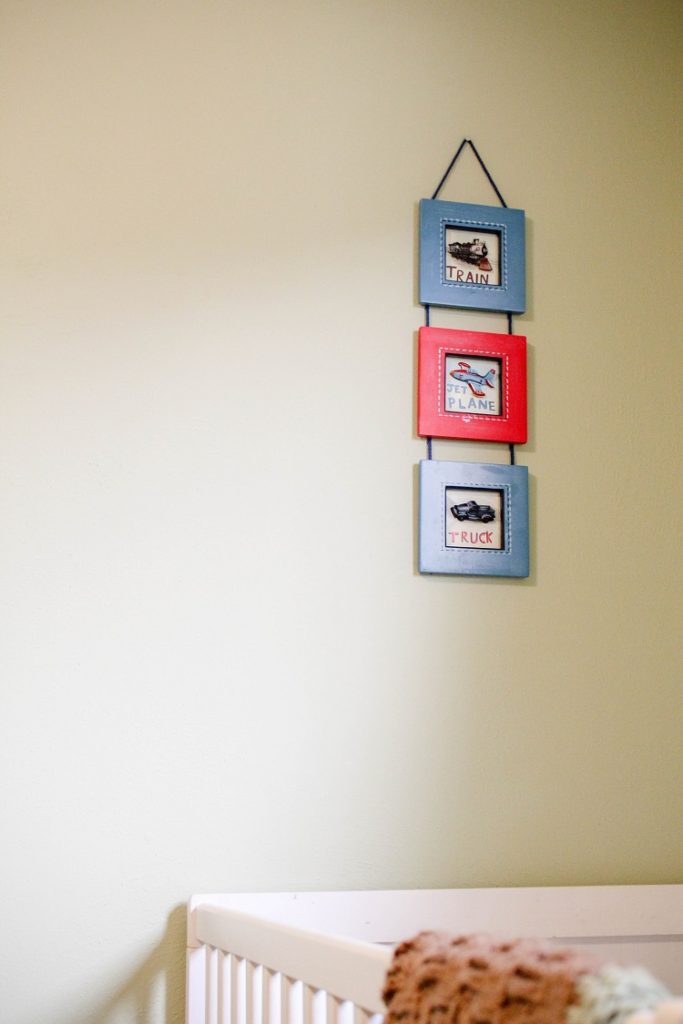 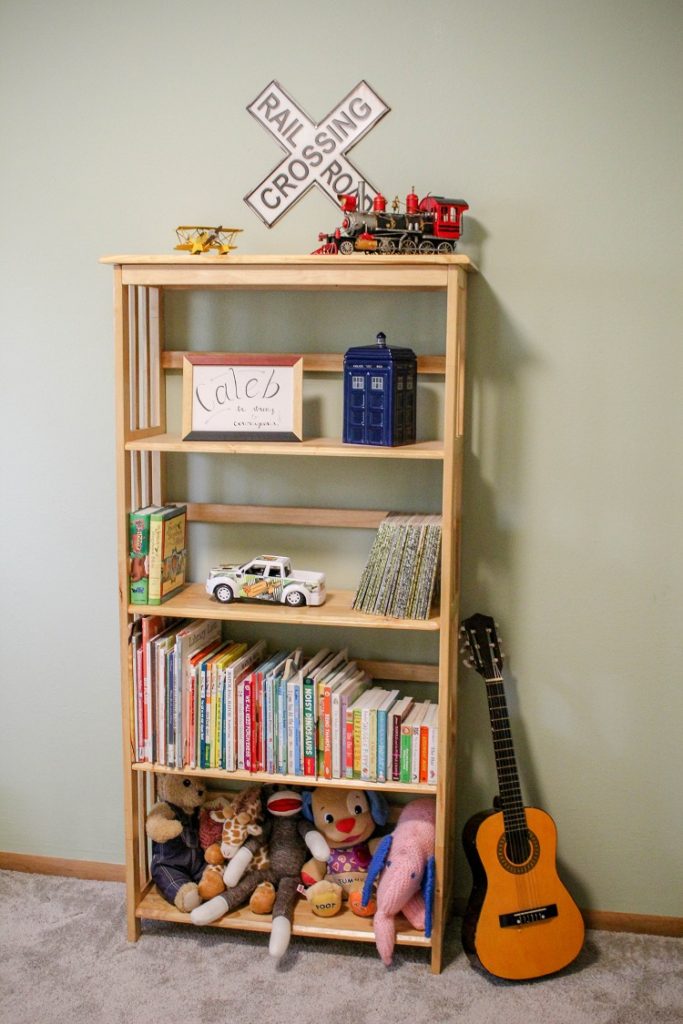 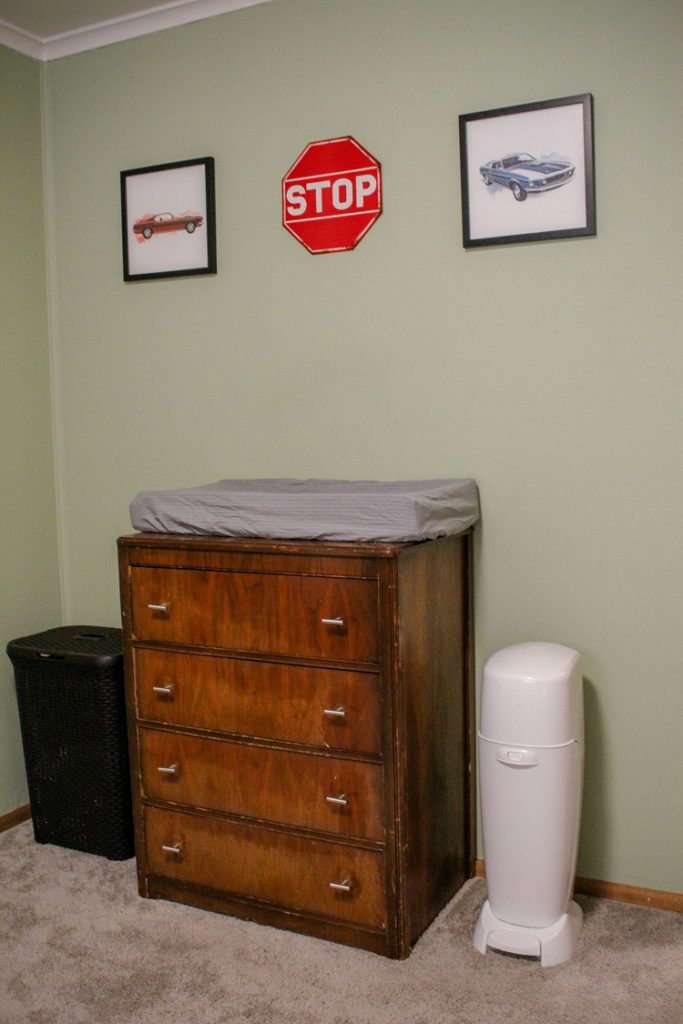 Another thing that doesn’t quite qualify this room as a big boy room is that Caleb isn’t potty trained yet.  We’re working on it gradually, you guys, but he just doesn’t care.  He loves to sit on his potty, talking about poop and pee, his friends that go poop and pee in the potty, the treat he’ll get if he goes poop or pee in the potty…  And then tells me he’s done…  Without pooping or peeing.  #ToddlersAreCrazy
Since Caleb’s still in diapers and, obviously, Josiah’s still in diapers, we go through A LOT of diapers in my home.  Did you know the average baby goes through 9,600 diapers in their first three years!??!  That’s crazy!  In both my boys rooms I make sure to have a Playtex Baby™ Diaper Genie® Complete to corral all those gross, stinky diapers!  Seriously, that was what I asked my mother-in-law to give me as a baby gift when I was having Josiah – my boys are in separate rooms so they get separate Diaper Genies!  I love the Diaper Genie because it controls odor easily both with its Odor Lock System and its 7-layer refill bags!  Gotta keep that odor contained!  And I’m not the only mama who loves her Diaper Genies.  Based on the Nielsen scan data, Diaper Genies are the #1 selling diaper disposal brand!
——–
If you’re setting up a nursery (or big boy room) there are two amazing Target Baby Sale offers going on right now!
Buy One Playtex® Diaper Genie® Pail and Receive a $5 Target GiftCard™ when shopping at Target’s Baby Sale 9/10-9/15
Shop Target’s baby sale 9/10-9/15 to receive a $5 Target GiftCard™ with the purchase of two 2-Packs of Playtex® Diaper Genie® Refills
You’re welcome! 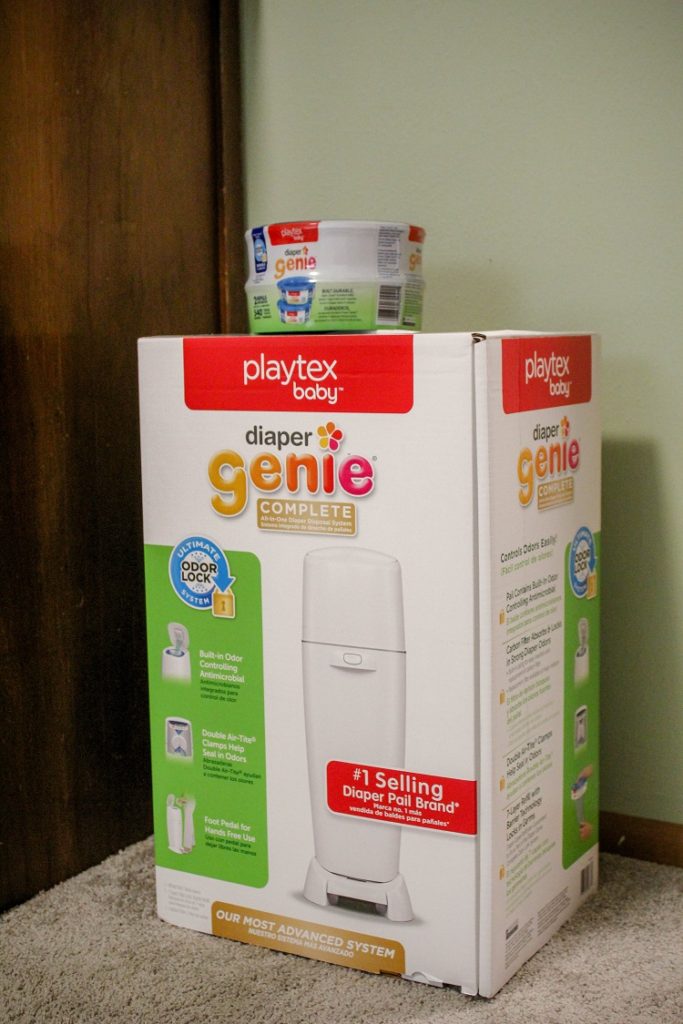 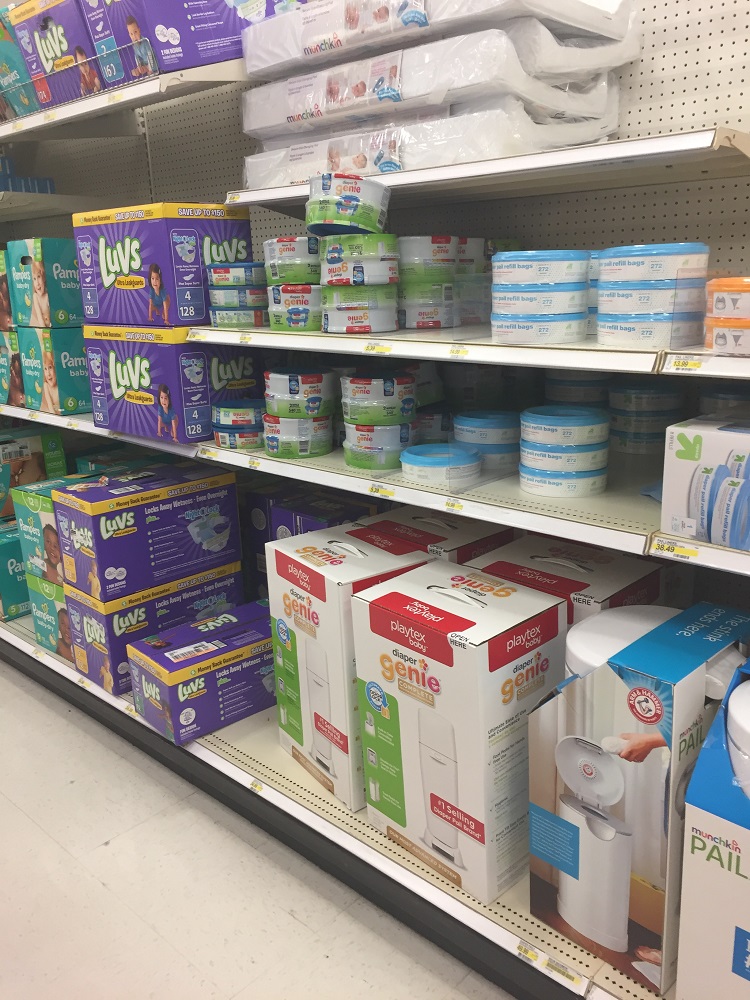 Your Turn:
Did you (or do you) use a Diaper Genie when your kiddo was in diapers?