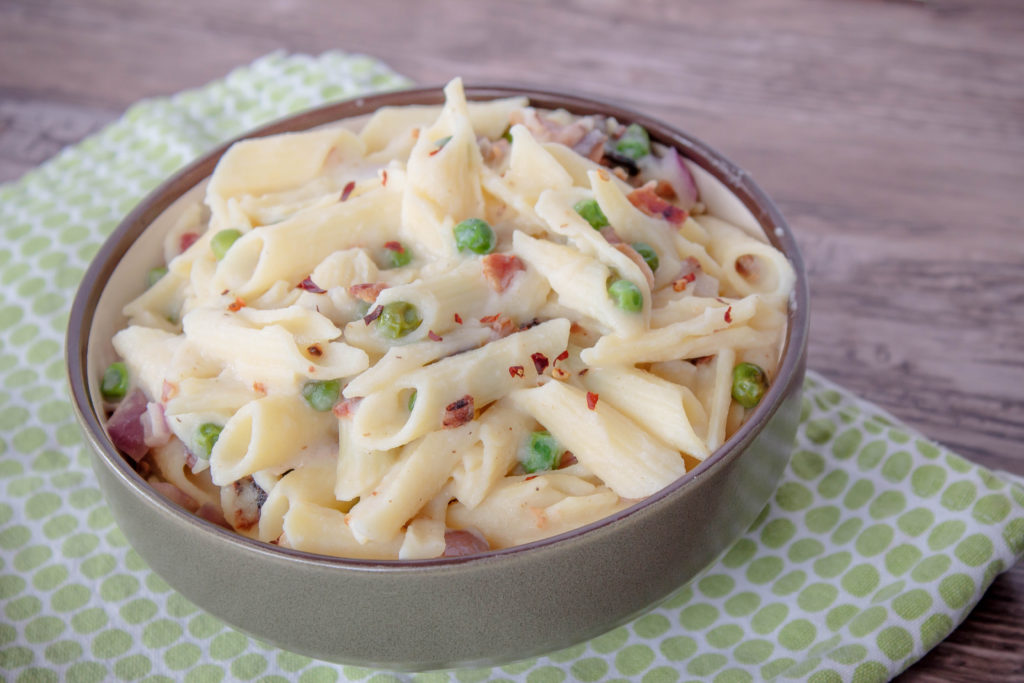 This shop has been compensated by Collective Bias, Inc. and its advertiser.  All opinions are mine alone.  #PastaPerfection #CollectiveBias 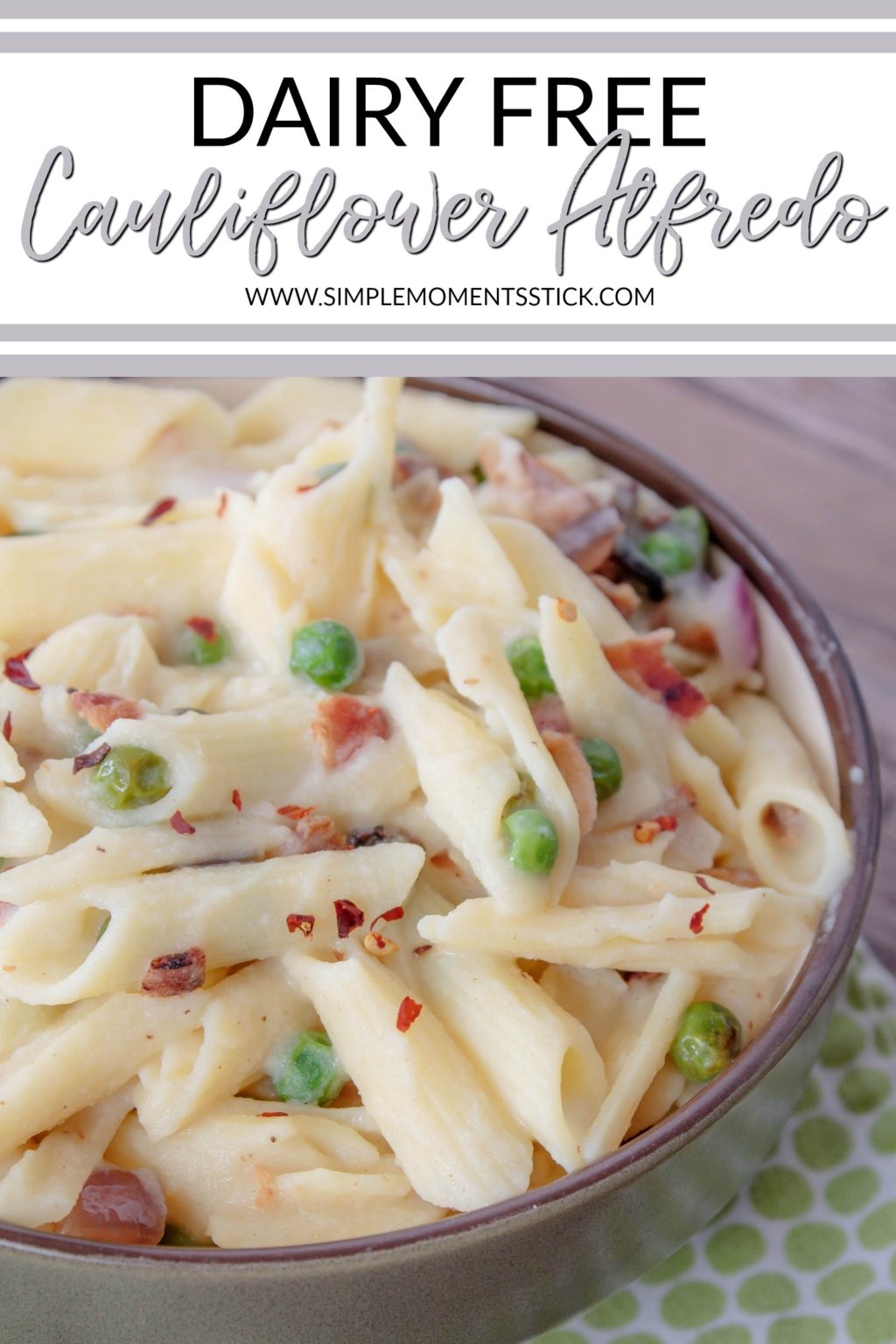 My parents always tell me that the majority of my DNA is Norwegian but I think they’re liars.  I’m about 98% certain that I’m Italian due to my intense love of pasta.  Seriously.  If I were stuck on a deserted island with only one food for the rest of my life I’d totally choose pasta.

Nate and I have been making some big changes in our lifestyles – one of the biggest being changing our eating habits.  I’m nearly 10 pounds lighter than I was when I got pregnant with Josiah and Nate’s dropped 30 pounds!  It’s been fantastic but, unfortunately, pasta hasn’t been a part of our lives for the past few months.  It’s been hard on my heart but great for my waistline.

I’ve been wanting pasta so hard and decided that I needed to treat myself and just make some already.  BUT, instead of going for some heavy, rich, creamy alfredo sauce, I thought it would be fun to try to make a creamy cauliflower alfredo – something I had heard about but had never tried.  I was a little skeptical because how good can a cauliflower alfredo sauce really be?  But I was so pleasantly surprised!  It was gooood!!!

I’ll definitely be adding this dish to the rotation a little more often so that I can get some pasta back in my life! 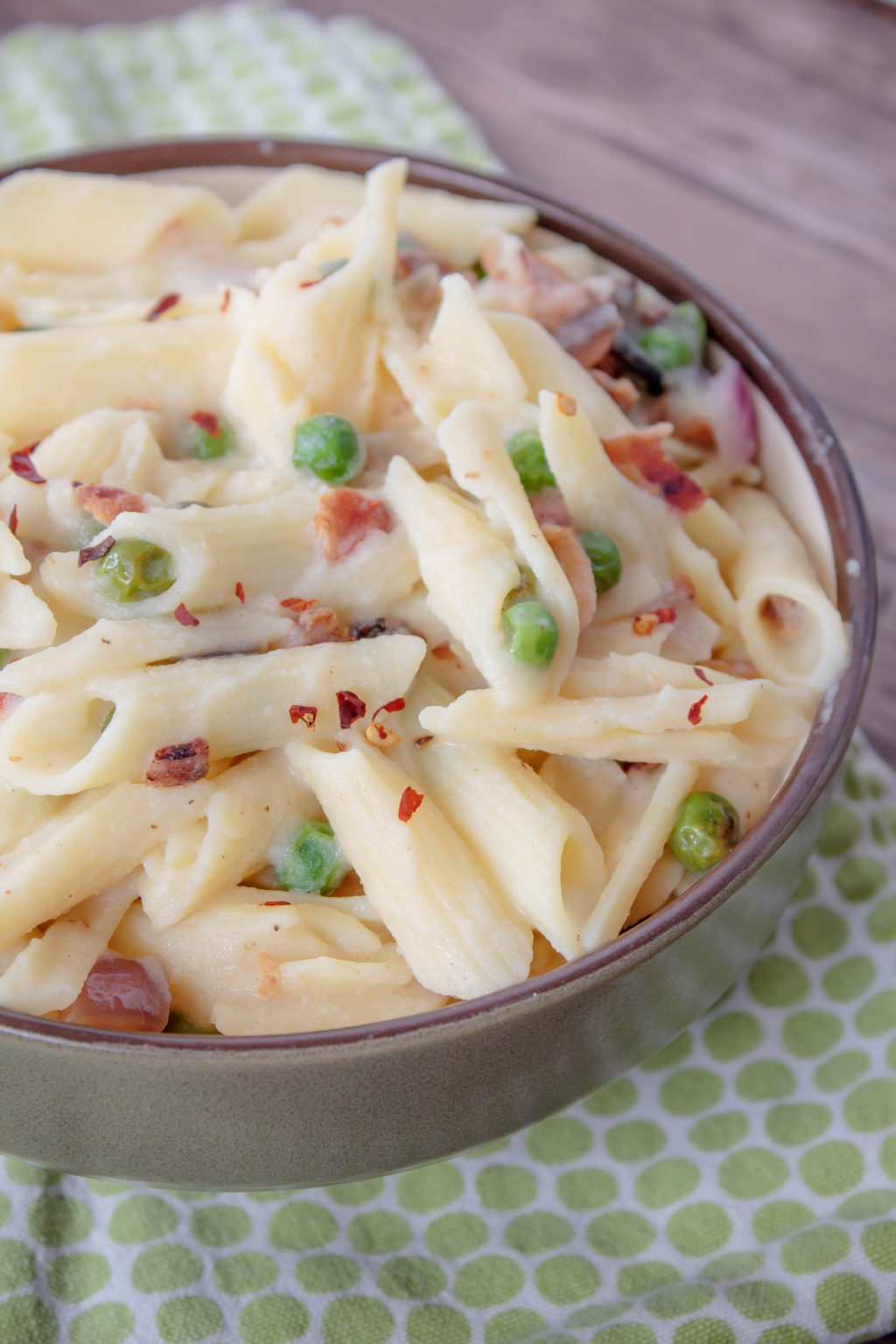 1. Begin boiling a pot of water for the pasta.  When water is at a rolling boil, add Barilla Gluten Free Penne.  Boil until al dente and drain.
2.  While boiling pasta, in another pot, combine cauliflower florets and cup of water.  Bring water to a simmer and add a lid, cooking for ten minutes.
3.  While pasta and cauliflower are cooking, grab a frying pan and cook up your bacon.
4.  When bacon is finished, chop into small pieces and set aside – saving the bacon grease.  Add peas and chopped onion to the bacon grease and cook until tender – about seven minutes.
5.  Put the steamed cauliflower, whatever liquid is still in the pot, and two tablespoons of olive oil in a blender and blend until creamy.
6.  Once everything is finished, combine all ingredients in a large bowl and season with salt and red pepper.
7.  Serve and enjoy! 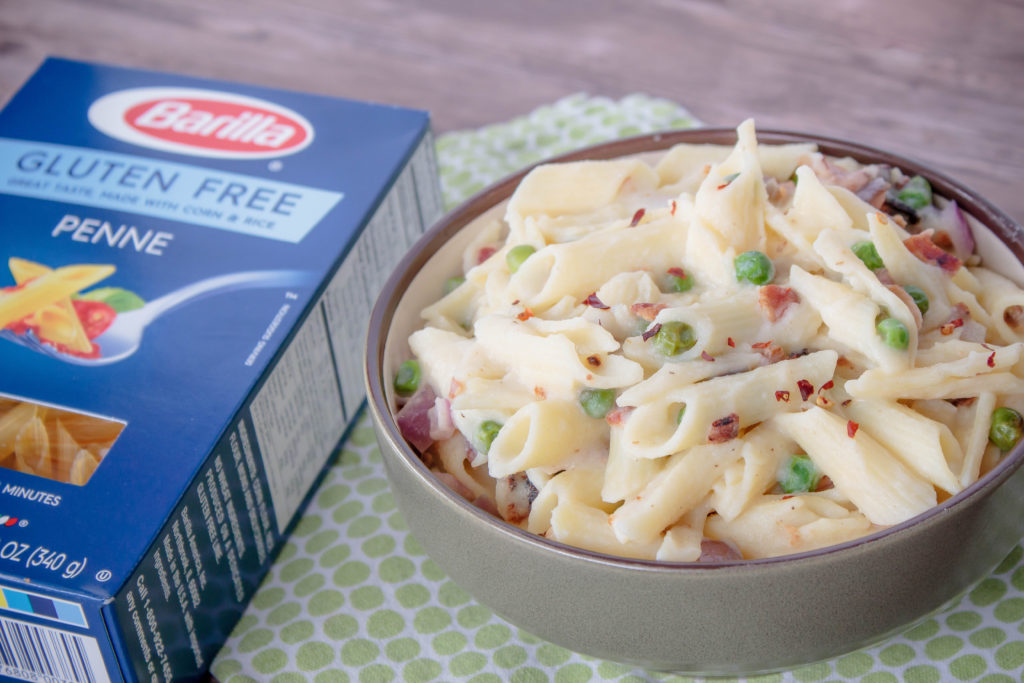 In order to make the whole dish gluten free, you need to make sure you get gluten free pasta – obviously!  I love Barilla Gluten Free pasta because they have a taste and texture that is very similar to “regular” pasta.  Barilla makes its gluten free pasta with non-GMO corn and rice!  SSSOOO GGGOOODDD!!!  I love the price I got mine for at Safeway but I have an even better deal for you…  You can get a coupon for some pasta of your own here!!! 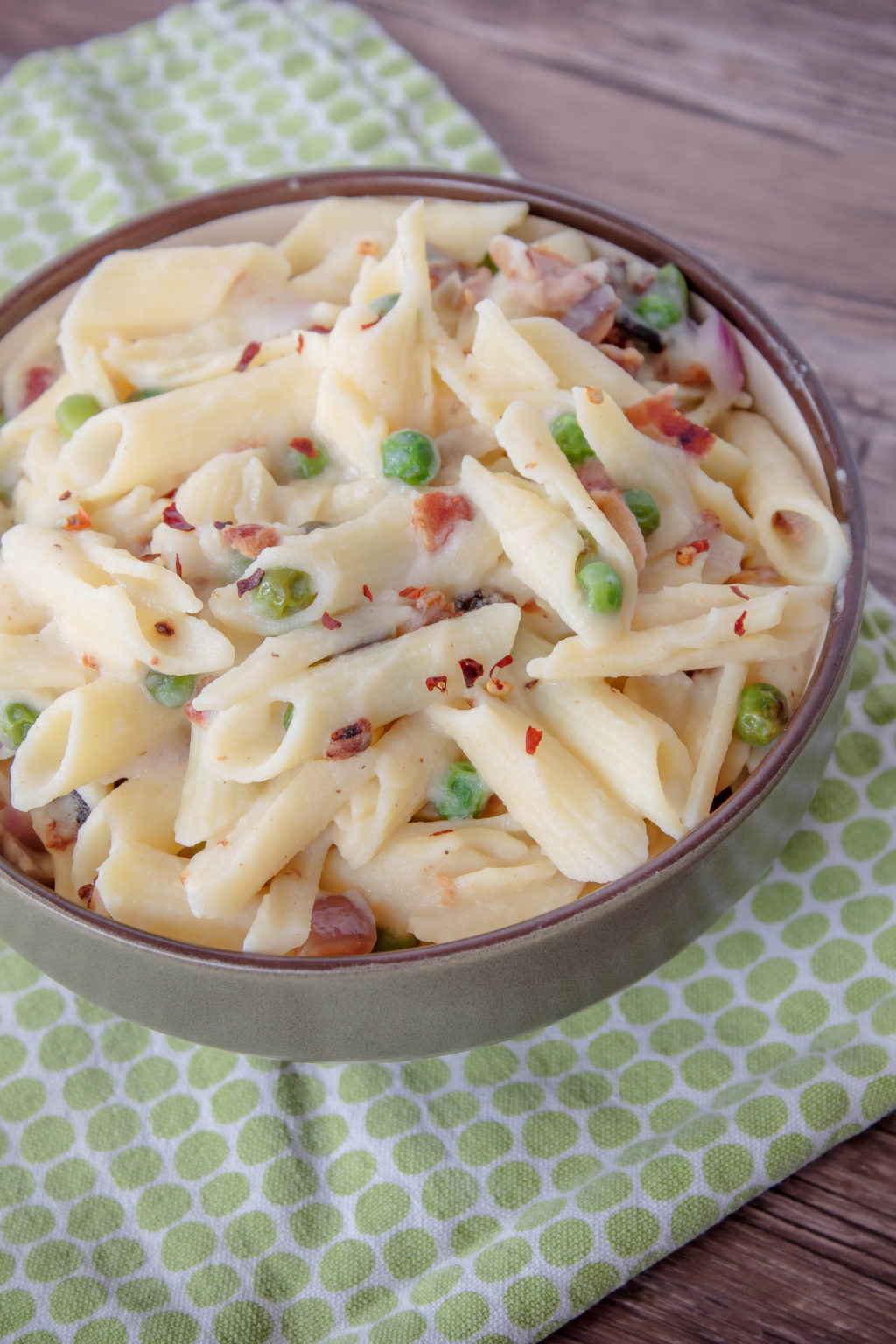 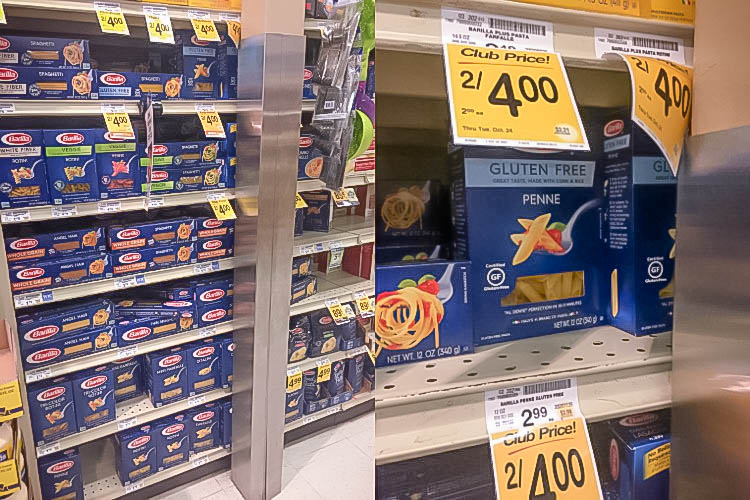 Your Turn:
Have you ever made an alfredo sauce with cauliflower?
Would you try out Barilla’s gluten free pasta? 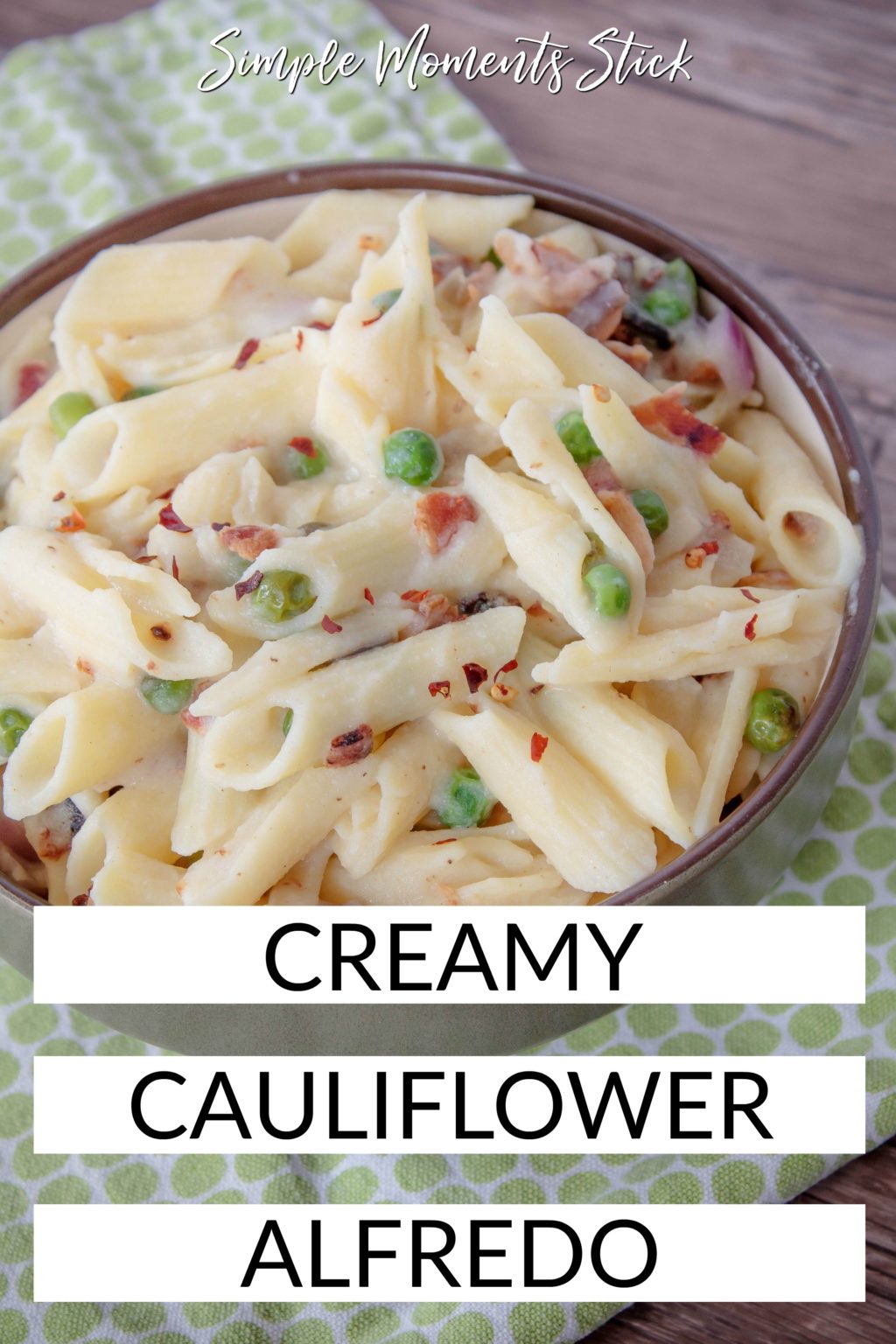