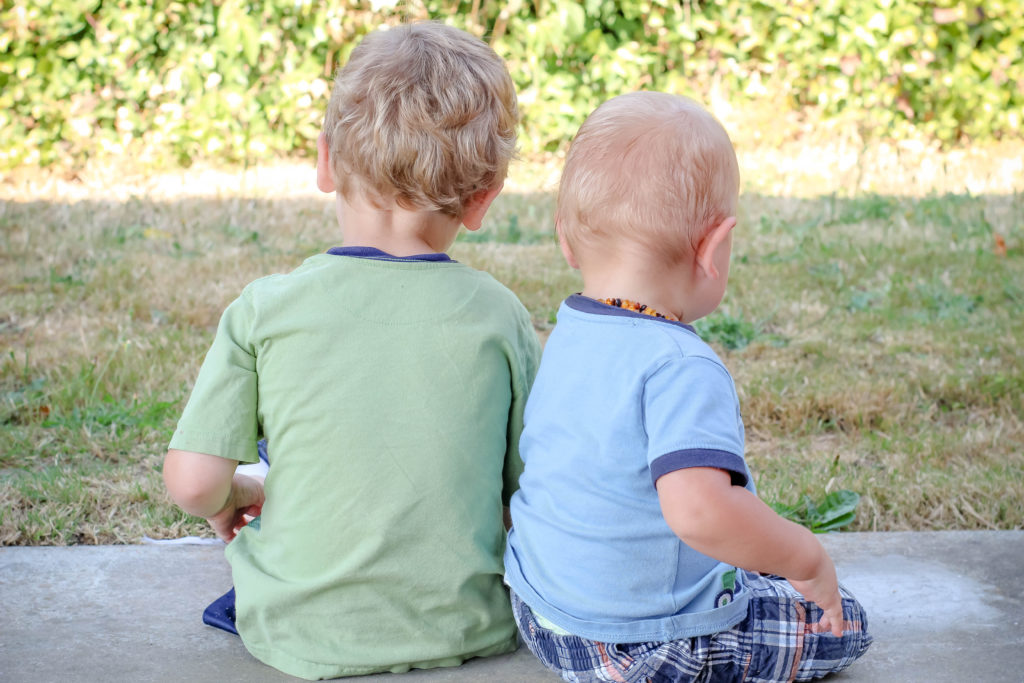 The Privilege of Being a Boy Mom Josiah turned a year old in May and, ever since then, people have been asking me when baby number three is to be expected.  It’s not absolutely inappropriate since Nate and I don’t keep it a secret that we want four kids so I just laugh it off by saying that it will be at least ten months before Baby K 3.0 arrives.  The thing that does get me, though, is that 98% of the time, that question is followed by “And, of course, you’re hoping it will be a girl this time.”  I love throwing people off and saying “Actually, another boy would be awesome.  I love being a boy mom.”

Don’t get me wrong, I would LOVE having a daughter or two in my life and used to think I would be heartbroken without one.  If I don’t have a daughter someday it will be a loss but I also think it would be totally fun to have four crazy rough and tumble boys running around my house.  There’s just something about being a boy mom that I love and that I find to be a privilege.

I Get to Raise Men with a Voice

The little people I am raising are people of privilege.  My boys are white males who will most likely be well educated and middle class.  Although I don’t believe it’s right, it’s a fact that my boys will have more privilege than people of color, women, less educated, etc.  As I struggle to figure out how to raise a boy right, it’s my privilege to raise my boys to be men who speak up.  I get to raise these boys to be passionate people who recognize their own privilege and use it for good while fighting to end privilege at the same time.  My boys will learn to speak the truth in love and change the world (or even “just” change their community)!

I Get to Raise Men Who Value Equality

While raising people of privilege, I also get to raise my boys to value equality.  I get to raise little men who fight against their own privilege and champion the rights of equality.  My boys are already being taught that women are equal to men, people of every race are equal, and even that people of different religions or different lifestyle choices than us should be respected and treated as equals.  My prayer is that my boys use their voices of equality to show people that in Christ all are equal and, in doing so, will lovingly draw people to the Savior.  There is neither Jew nor Gentile, neither slave nor free, nor is there male and female, for you are all one in Christ Jesus.

I Get to Raise Gentlemen

I love that I get to be the one to shape my little rambunctious boys into gentlemen.  I get to raise my boys to have manners, control their frustration, and be gentle.  In a society where it’s normal for men to be loud, rude, and aggressive, I get to teach my boys to be counter cultural.  I get to raise my boys to embody the Fruit of the Spirit – love, joy, peace, forbearance, kindness, goodness, faithfulness, gentleness and self-control.  That’s how real men should behave!

I Get to Raise Peacemakers and Rebels

How on earth do the terms peacemaker and rebel go hand in hand?  I feel as though people are always encouraged to be one or the other.  I want my boys to rebel against the status quo.  I want them to fight for truth and justice, refuse to settle for complacency, and love passionately.  I want them to do all that with peace and gentleness in their hearts.  As I am raising boys, it’s my job to teach them how peace and rebellion can go hand in hand and guide them as they sort that out

I Get to Raise My People

The biggest privilege of being a boy mom is that I get to raise up my people.  My friends who have both genders of kids say that boys love their mamas in a different way than girls.  I’ve been told over and over that my boys are the people who will cherish me most (outside my husband) and I’m all for that!

Maybe God will give us a girl or two someday as we complete our family but I’ll be perfectly fine if all I get are boys.  It’s my privilege to raise them up and love them with a passion. Your Turn:
What gender children are you raising?  Do you see a difference in boys and girls?
As you strive to raise a boy right, what would you add to this list?