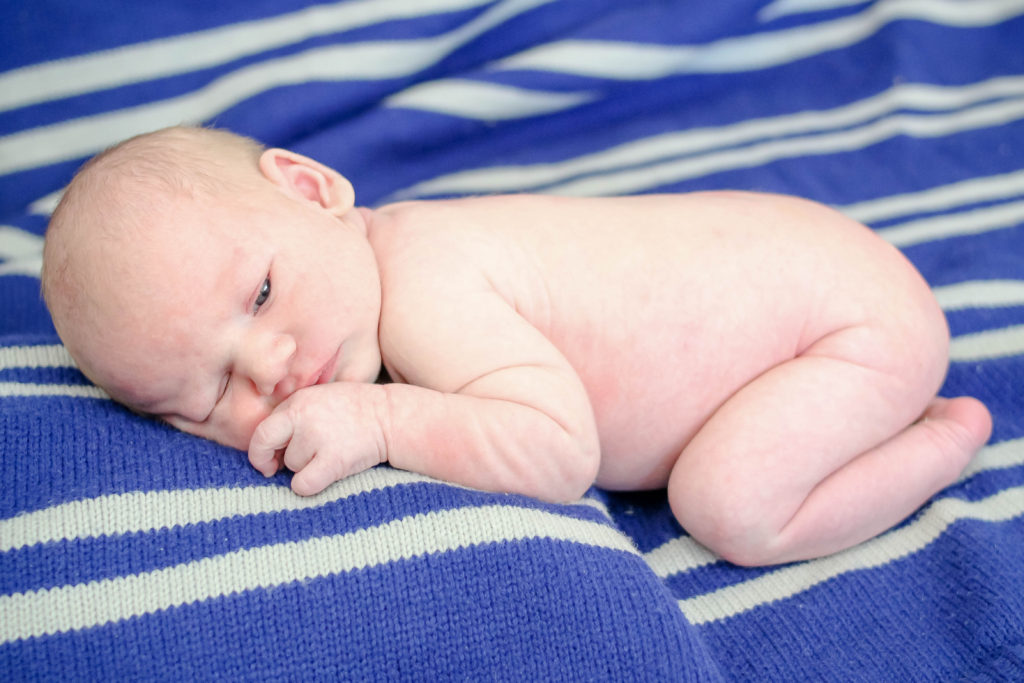 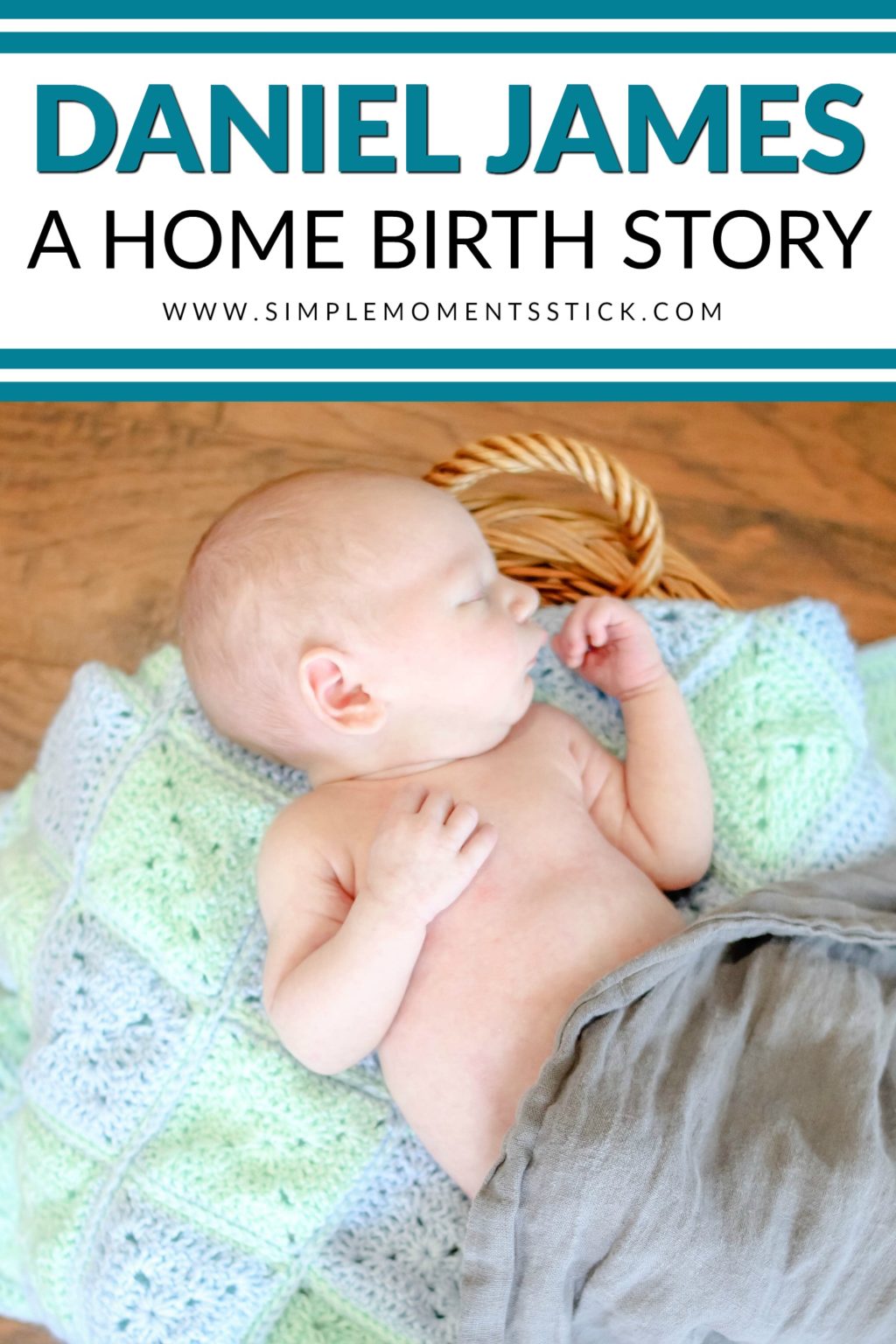 Happy due date to my 12 day old baby boy.

All three boys are currently napping so I’m pulling out my computer for the first time in about two weeks to attempt to write up my little man’s birth story.  I’m sure I’ll be interrupted about 900 times before this finally gets finished but here goes…

It all started on Friday, April 26th…

It was pretty much exactly noon.  Nate was in the garage working on his car and I was getting the big boys ready for lunch and nap time.  Josiah had pooped so I lifted him onto his changing pad to get him changed and all of a sudden I was leaking water all over the place – unable to contain it.  I took a split second to figure out what the best course of action would be and left Josiah on his changing pad (he’s perfectly safe up there) and ran to the restroom – thinking I was peeing myself.  Once everything settled down I got myself cleaned up, finished changing Josiah, and was going to start wiping up the stream of liquid that trailed from the nursery to the bathroom.  Thankfully Nate came into the house right then and rolled his eyes at me when I said I had peed myself.  There’s no way all that was simply a pregnancy bladder control issue.  He insisted I use one of the test strips my midwife had left me to check for amniotic fluid and, sure enough, it immediately turned colors.  My water had broken and we were having our baby!

Since labor had begun about an hour after my water broke with Josiah, we quickly started getting the boys fed and packed up to go to my friends’ house while I was having the baby.  Caleb began freaking out because he was tired and anxious and confused about what was happening.  At first he was simply insisting that he wanted to sleep in his own bed but finally he said “I just want to stay here and help with baby Daniel.”  I quickly reassured him that there was nothing he could do while baby Daniel was being born and we would have him come home as soon as the baby was here to help out.  While driving, Caleb said to Nate “This is weird, isn’t it?”  Nate asked him what he meant by that and Caleb said “Isn’t it weird that I’m spending the night at my friend’s house?”  Nate realized that Caleb had never slept at anyone’s house without us other than grandparents!  He quickly reassured Caleb that it was ok to spend the night at some friends’ houses and that he had even spent the night at a friend’s house when his own little brother was born 20-something years ago.

Once Nate got back home we settled in to wait for labor to begin.  We had called my midwife and she said to just go on with life as normal and to give her a call when she needed to come over for the home birth.  We all figured it would be sooner rather than later.  Nate and I folded a few loads of laundry, watched some TV, went for a walk, went out for milkshakes, watched a movie, got Thai food for dinner…  All without any sign of a single contraction.

Around ten that night I chatted with my midwife again.  She said we should head to bed and she expected that I would begin labor during the night.  She’d head over whenever I gave her a call that night.  We went to bed…  And woke up the next morning with still nothing happening.

At this point I was obviously getting stressed.  First thing in the morning I chatted again with my midwife and she said she would head over in an hour or so but that I needed to be aware that if things didn’t start soon I would need to head to the hospital.  After 24 hours of having my waters broken the chance of infection would be too high to continue with the home birth.  My midwife was comfortable with my waiting until 3pm that afternoon but said that if I wasn’t in active labor I would need to be at the hospital by then.  I had both my other boys in the hospital so I have no problems with a hospital birth – it just wasn’t a part of my plans.  I also began getting emotionally prepared for the possibility of a C-section if labor didn’t start at some point.  I was convinced nothing would get labor to begin (even Pitocin) so I was certain a C-section would be my story this time around.  Yes, I know the likelihood of that was miniscule but I have a bad habit of thinking about what the most extreme option would be and fixating on it.  I’m working on that.  😉

At about 10am my midwife came over to check on me.  She typically doesn’t do cervical checks but, given my situation, she wanted to know what was going on.  I was only one centimeter dilated.  Big let down!

Since we really wanted to get labor going, Kara (my midwife) suggested trying castor oil and one other essential oil to try to jump start contractions.  I took one dosage…  and nothing happened.  While I was waiting for the castor oil to kick in, I was using my breast pump and bouncing on my yoga ball.  I was pulling out all the stops.  Kara left to go do some paperwork at her clinic, ready to come back when needed.  An hour later, at about 11:15, I took the second dosage of castor oil.  That was the final thing to try before making the call to go to the hospital.  And again I waited.

Finally it was noon.  24 hours after my water broke.  Three hours from when I was supposed to be at the hospital.  I felt a tinge of a contraction.  A while later there was another one.  And another.  They were still crazy mild and not consistent at all but I called Kara anyway to let her know what was happening.  She told me to go for a walk to see if it would help things pick up.  By the time we got back to our house at about 12:30 I was definitely having contractions but I could still walk and talk through them and they weren’t consistent yet.  I was excited things were probably picking up but I still had it in my mind that the hospital was going to happen.  We called Kara again and she said it sounded great and that she would be over in about half an hour to see if I was starting to be in active labor at all.

Half an hour turned into about 40 minutes.  In that 40 minutes I went from contractions not really feeling like much of anything to having to concentrate and relax myself through them.  Kara got here at 11:20 and said she wanted to check me again to see if I was progressing at all so she knew what was going on and could make informed decisions about whether I needed to be transferred.  She then saw me have a contraction and immediately changed her mind.  I was absolutely in active labor.

Nate went to start the bath for me to labor in and then Kara asked him to go out to her car to bring in her delivery equipment.

That’s when things got crazy.

All of a sudden I had three contractions, one on top of each other, without a break in between.  I began thinking that maybe I couldn’t do this without pain medication since things were already so bad and I was certain I had a few hours to go.  (Oh wait, that’s the same thought I had WHILE IN TRANSITION with my other boys!)

With the next contraction I felt like I needed to use the restroom.  Kara reassured me that I probably just needed to clean out after the castor oil and she doubted I was having the baby.  Nate headed out to grab a box of delivery equipment from Kara’s car.

I sat on the toilet and panicked.  I wasn’t using the bathroom.  I was pushing!  Kara comes rushing in and told me to reach down there and see if I could feel what was happening.  I told her “I have no idea what I’m supposed to be feeling for but everything is bulging.”  She quickly reassured me that she had delivered babies on the toilet before but asked if I could get to the bed.  I was able to waddle to the bed as she yelled for Nate to get back in there.  Daniel was crowning.

Nate rushed back in – without any of the delivery supplies – and Kara encouraged me to push.  Later she told us that the first push on the bed worried her.  Daniel didn’t move at all and his head turned a little blue.  His shoulder was stuck and she didn’t have any of her stuff with her.  She pushed my skin back over his head a little – tearing me a bit – but loosening him up so his shoulder was able to slip into the right place.

With the next push Daniel was born!  Her other concern – that his cord would be around his neck – happened as well but, thankfully, it was loose enough that she was able to slip it over his head.  If it had been tighter, not having her tools with her would have made it much more of a problem.  She later told us that she had already come up with a plan if his cord was tight – she had the tools to cut the cord in the room and would have used that and cut the cord right away to get it off his neck.

The whole time I was pretty much in shock about what was going on and kept saying things like “I don’t know what’s happening” as Kara and Nate encouraged me and reminded me that I was about to meet my baby.

After 24 hours of confusion and frustration and getting emotionally prepared for a hospital birth, Daniel arrived an hour and forty minutes after my first contraction.  I had 16 real contractions, 3 transition contractions, and 3 pushing contractions before my little man was born!  There wasn’t even enough time for our birthing assistant to get to our house before Daniel arrived!

All in all, you can make all the plans you want and your birth will go however it wants.  With all the craziness surrounding my birth, it’s taken me some time to process it all.  I’m incredibly thankful for my amazing midwife and that I got to have the home birth I desired.  It’s been amazing to be able to recover at home and allow all three of my boys to be home bonding from the very beginning of our time as a family of five.  I’d absolutely do it again with our next one! 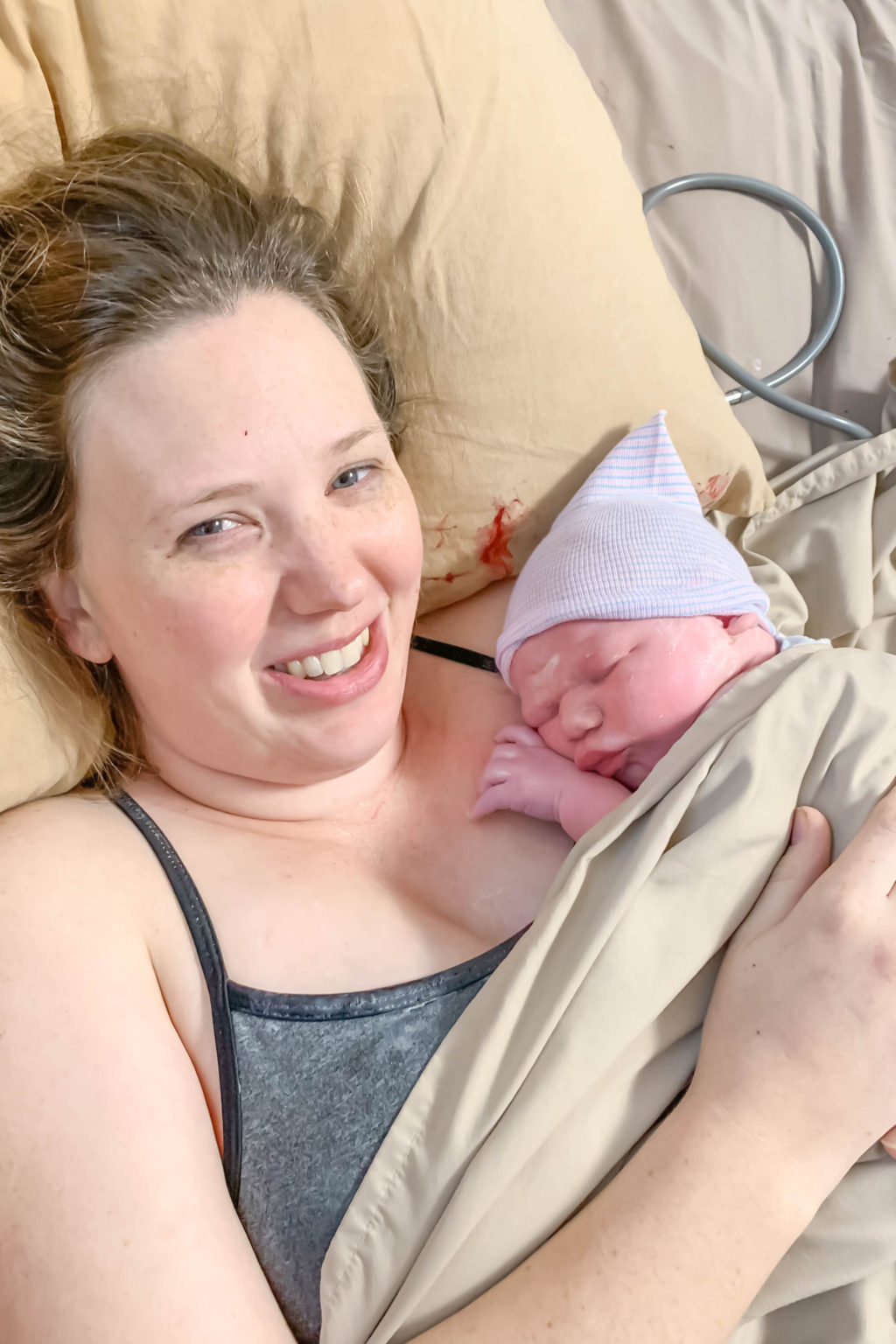 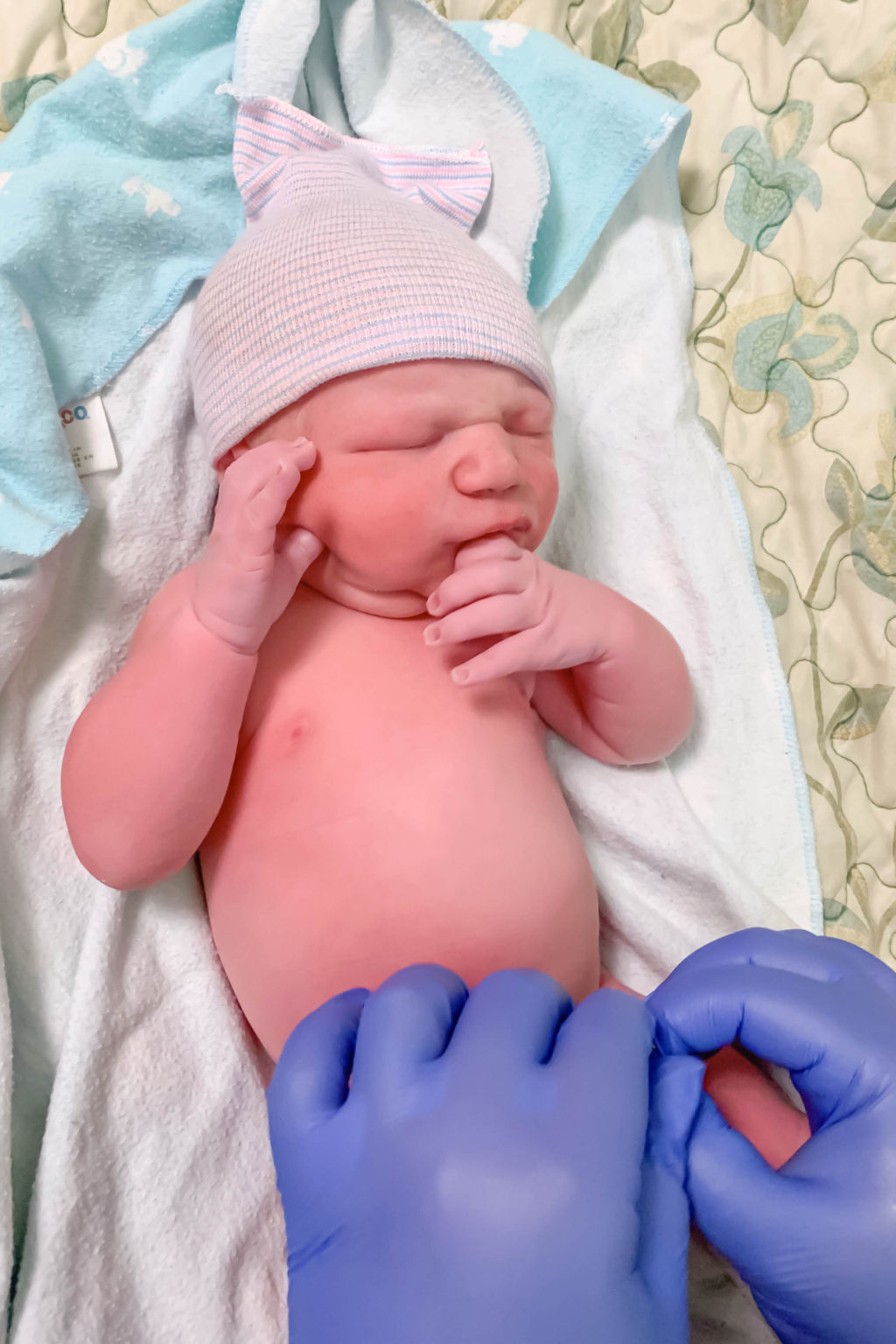 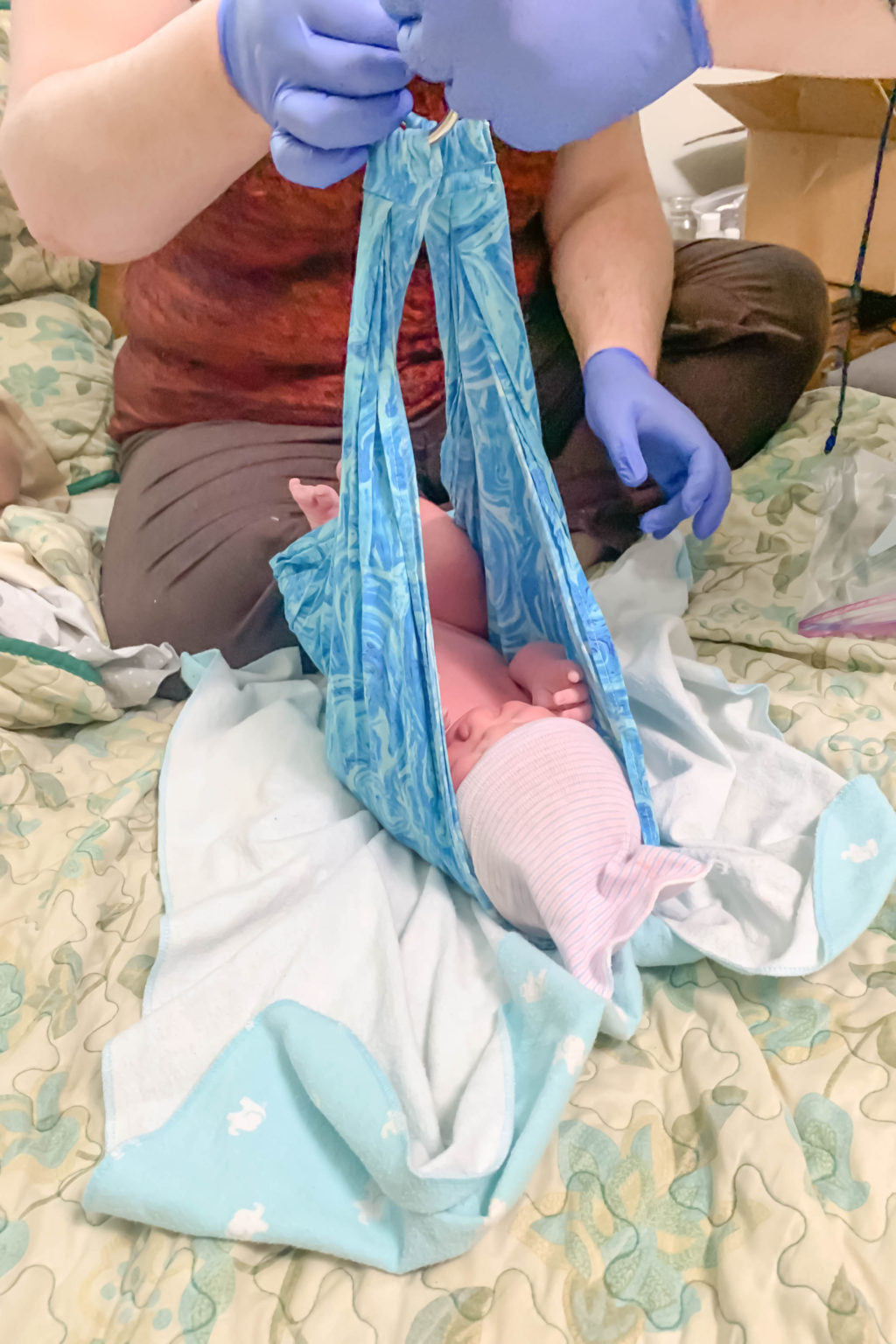 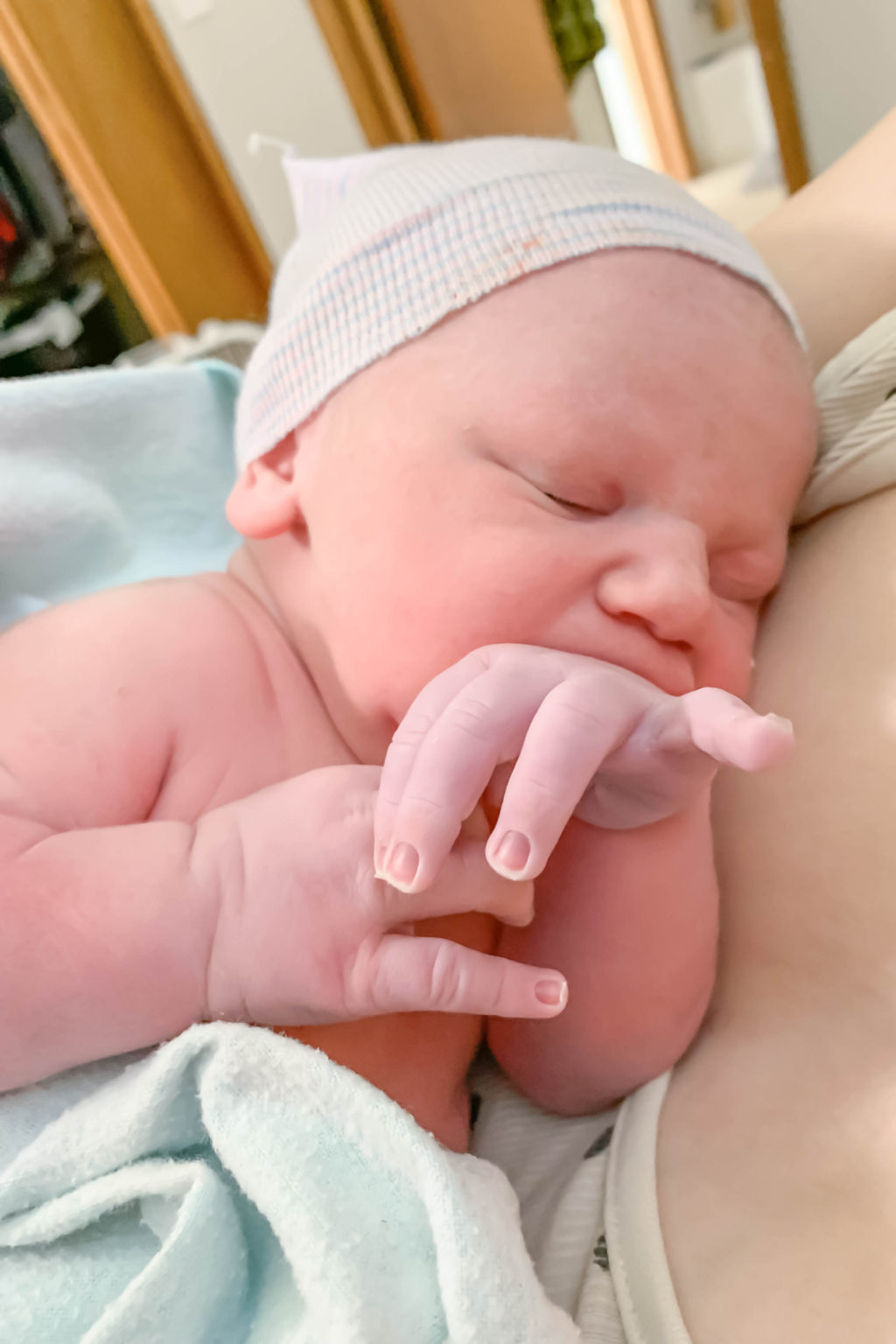