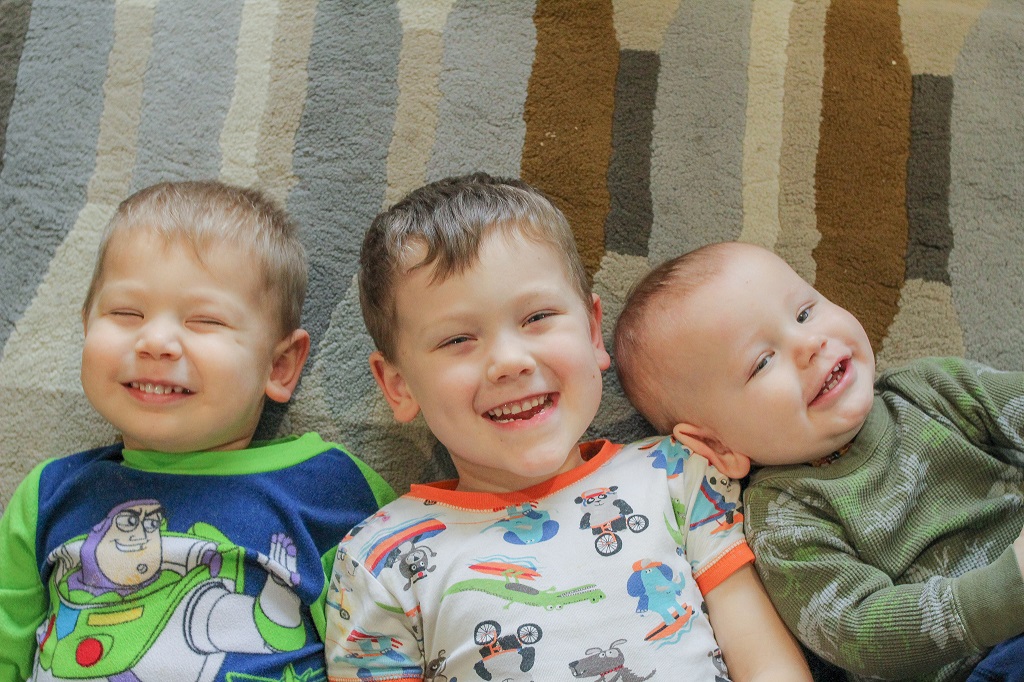 Eleven Months at a Glance {Daniel} 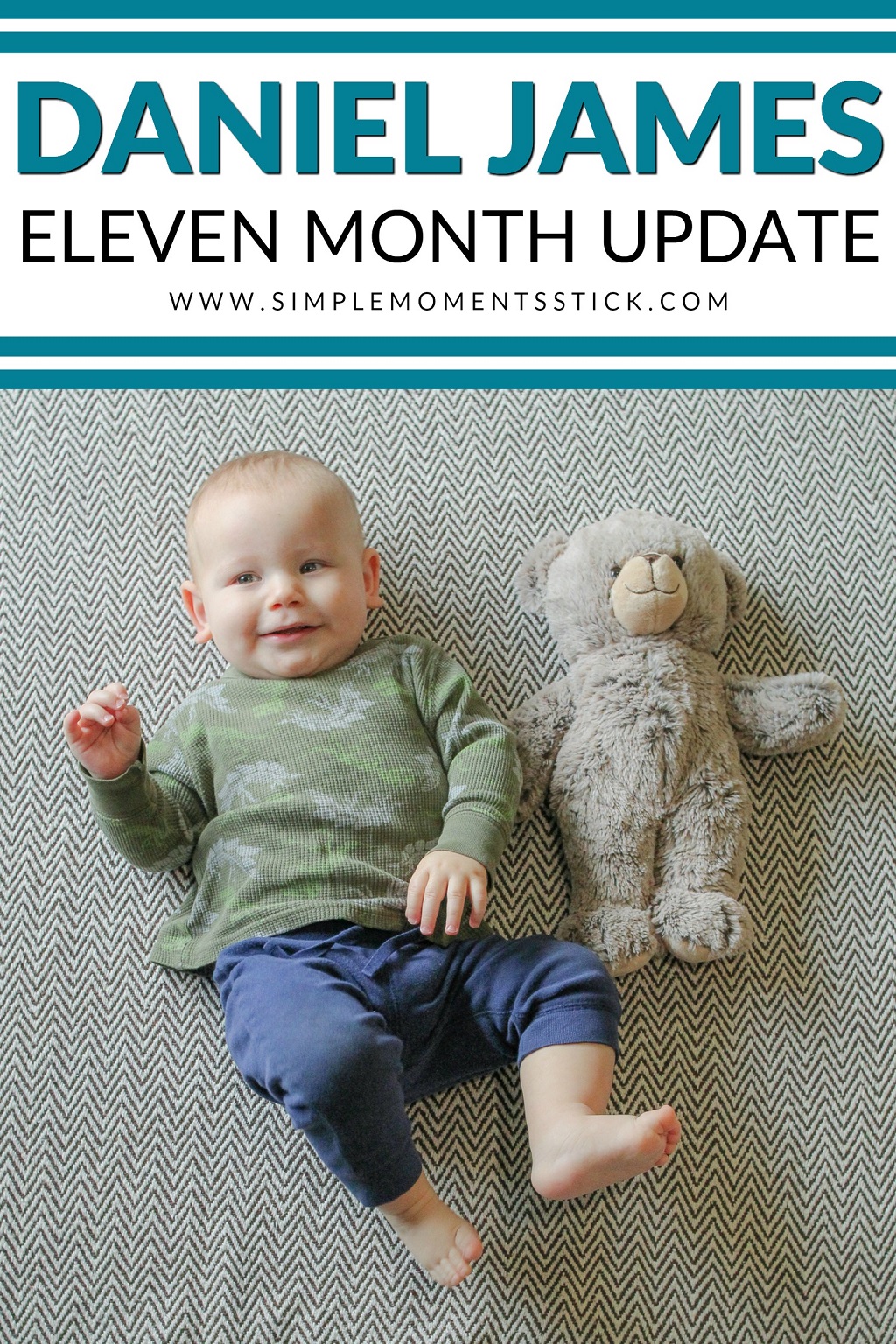 When Daniel decides he is ready for something he jumps head first into it!  I shouldn’t be surprised given that’s exactly the way he entered the world!  This month my little man figured out how to crawl and he became a little speed demon.  He thinks it’s so fun that he can get wherever he wants, whenever he wants but the rest of us aren’t so sure about that.

One of my favorite things these days is seeing Daniel figure out how to carry things with him when he’s crawling.  I say he’s in his puppy stage because he puts the item in his mouth and holds it there while he’s heading where ever he’s trying to go.  Basically the cutest thing!

This month also brought my little guy learning how to stand.  Early on in the month Daniel figured out how to pull himself up.  He was thrilled because he could interact with his brothers more, stand up in his crib, and reach things he hadn’t been able to before.  Unfortunately, it wasn’t until the end of the month that he figured out how to get himself back down from standing.  He’d just stand there yelling until one of us went over and helped him down.  Now he knows it’s safe to just let go and plop into his diaper butt.

I probably don’t need to say it again but Daniel is a super good eater…  I mean, he’s a Kellogg so of course he’s a good eater.  😉  He loves shoveling all the food into his mouth and rarely gags.  I’ll say it again, I’m such a fan of baby led weaning!  Daniel is still nursing like a champ and I’m sure I’ll continue even longer than his brothers with the Corona Virus being such a big thing!

I swear this kiddo is the most in love with people baby.  He is happy anytime anyone pays any attention to him!  This quarantine situation has put a damper on his style for sure!  He has started liking Josiah more and more now that he’s one of four people Daniel ever sees so maybe that’s a blessing in disguise?

My little dude also LOVES giving kisses to his family.  They’re pretty disgusting but oh so adorable!  We’ve gotten to a point where he’ll give us kisses when we ask for them.  He gets so happy doing it and it makes all of us so happy too!

Daniel finally learned to wave on the airplane home from Colorado and it’s basically the CUTEST thing!  He does it very sporadically and when he want, not necessarily when we ask him to but he totally knows what he’s doing.  At the same time he learned how to blog kisses and I pretty much die when he does both those things.  It’s so precious!

Daniel has always been quite the babbler but this month he’s started mimicking us really well.  We’ll say a sound and he’ll repeat it.  He also loves when we do it to him.  We can go for a good five minutes just copying one anothers’ sounds!

Outside of a mild cold, Daniel has been healthy this month.  Unfortunately, this month the world went crazy with the Corona Virus, the global pandemic.  (Yes, I know everyone reading this is well aware of this fact… Just keeping record of it for grown up Daniel’s sake)

Gradually the state went from being able to have meetings of 250 or fewer, then 50 or fewer, then 10 or fewer, and, finally full on only necessary reasons to get together.  Daniel has only been in our house or on a walk for the whole second half of the month and we don’t know when that’s going to end.

After getting back from Colorado we were planning on just going cold turkey with the unswaddling and get Daniel to sleep on his own.  Of course I worried over nothing because little man was a rock star about sleeping on his own.  The first night he was mad when he was laid down in only a sleep sack but it only took about 10 minutes to fall asleep.  After that he was all about falling asleep on his own.  It’s been so good to not have to worry about the possibility of him rolling while swaddled. 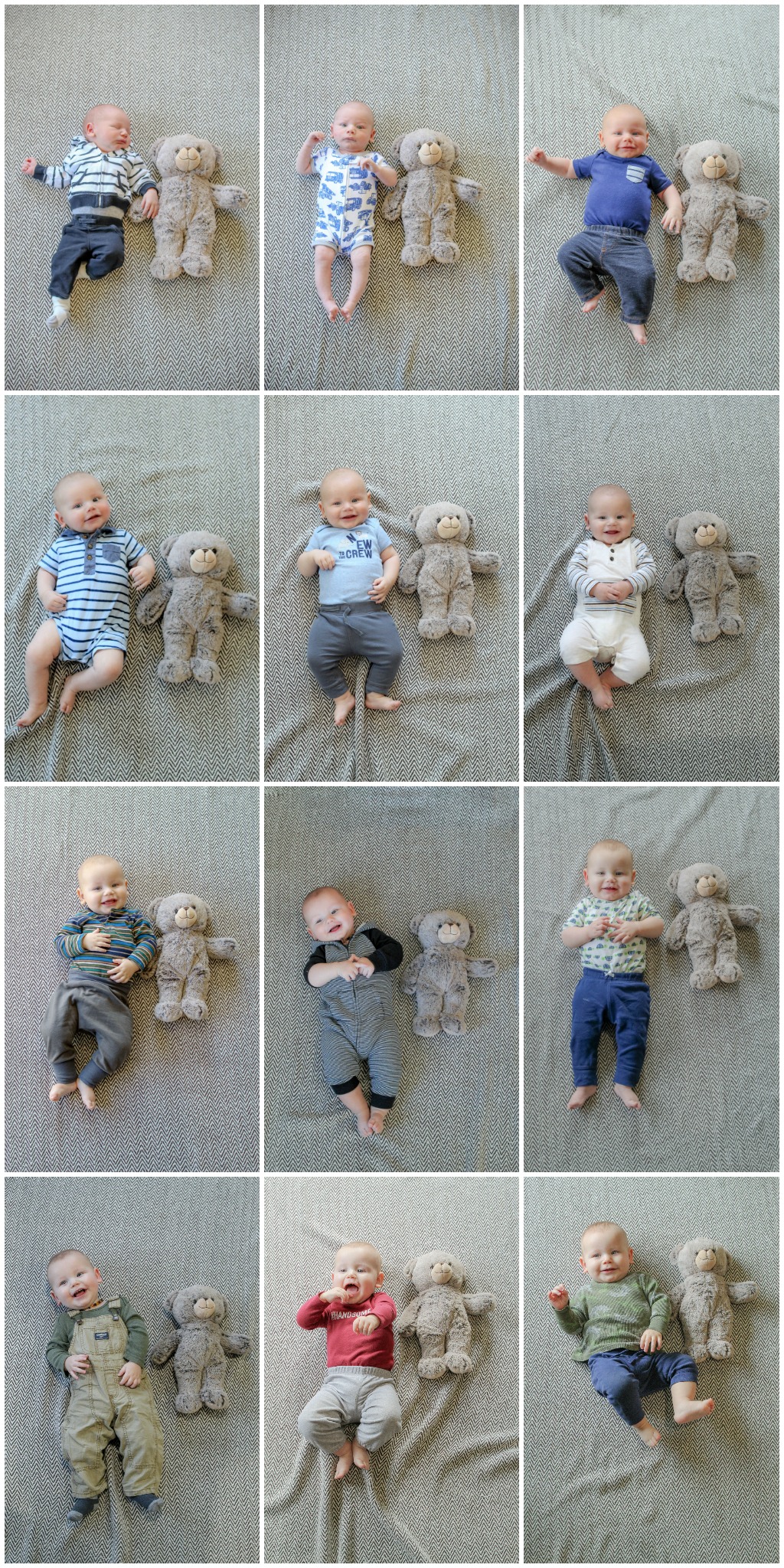