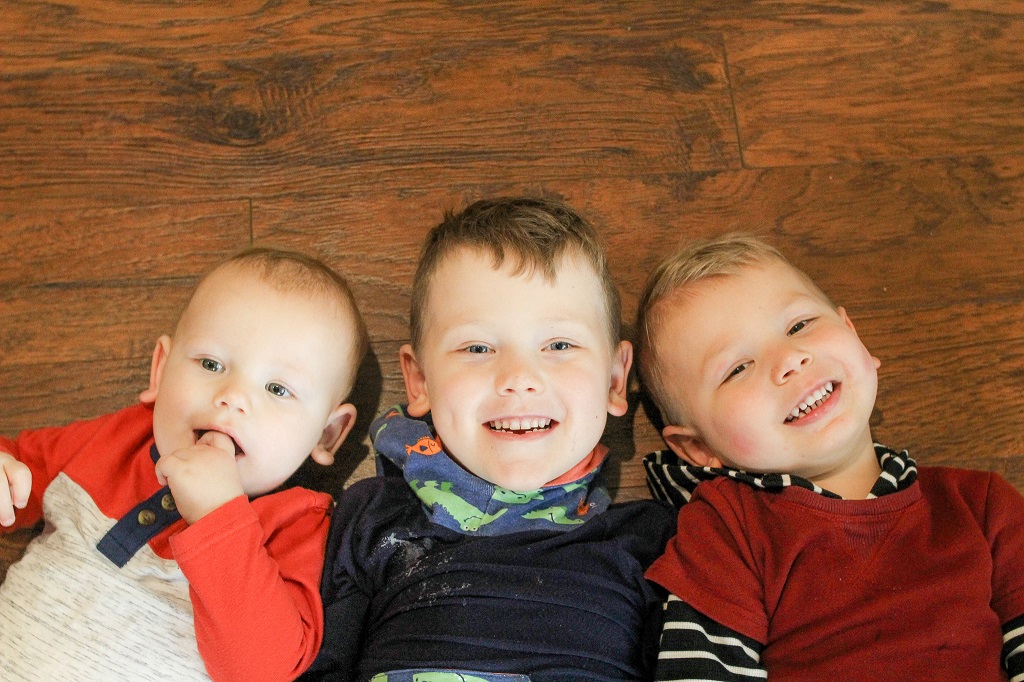 Twelve Months at a Glance {Daniel} 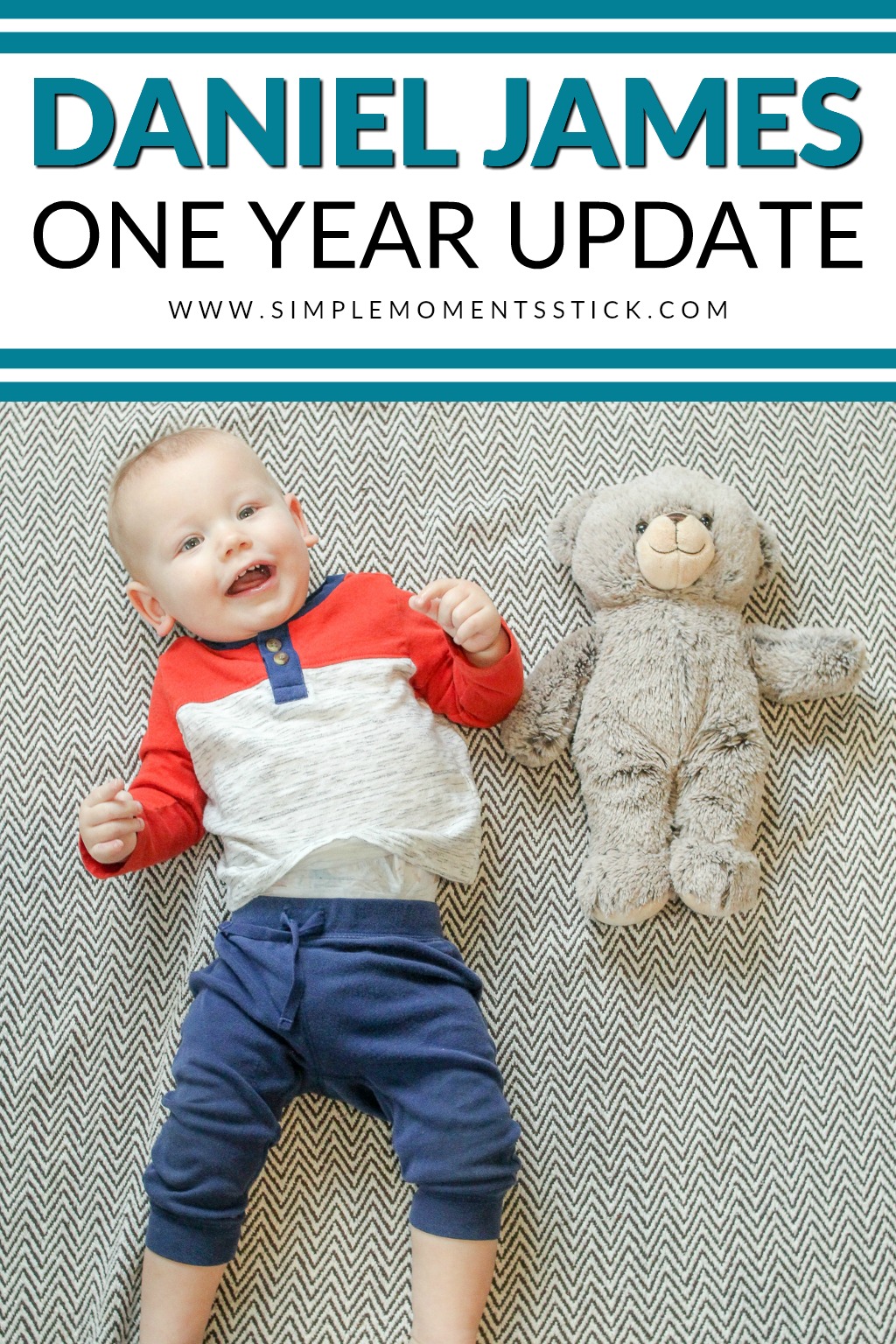 I’m guessing that Daniel is going to be like his big brothers and wait around to walk until he’s about 18 months.  He has absolutely no desire to even try.  Sure, he’ll walk if he’s holding onto a piece of furniture or someone’s hands but that’s about it.  I’m thankful we have a pretty relaxed pediatrician who knows babies do things in their own timing because I’ve had people concerned that he’s a year and not thinking about walking.  I mean, kiddo is a QUICK crawler so he definitely knows he can keep up with his brothers that way and he’s more than ok with that.

I’m excited to say that Daniel does occasionally stand very briefly.  He doesn’t really enjoy it and gets super confused but it’s a step, right?  He’s also learning to sit down more gracefully from standing rather than plopping onto his little diaper butt.

Now, Daniel may not be walking, but that doesn’t mean he’s not getting into all the trouble!  Little man LOVES getting into places he’s not supposed to.  There have been a few more times than I’d like to admit when I’ve found him after he’s dunked his hand in a toilet – often a toilet that his three year old brother has failed to flush.  GROSS!

Everything goes into Daniel’s mouth and, like Caleb, he think cords are the best to chew on.  We’ve had to be very intentional about making sure every cord is pulled up and put away after we’re done using them.  Beyond that, he’s put rocks, dirt, grass, floor food in his mouth and tried REALLY hard to get an ant in there recently.  That was a fun one to watch.  He’s pretty good about letting us pull things out of his mouth but we definitely don’t let him get far, especially outdoors, knowing he could put something into his mouth we wouldn’t like.

Daniel eats everything that’s put in front of him, nurses like a champ, and is a pro at bottles.  Nothing more to say.

I don’t know if Daniel saw anyone outside our family this month since we’re all in lock down quarantine mode.  Maybe that’s why he’s finally such a big fan of his brothers.  He loves Caleb more than Josiah still and his face just LIGHTS UP when Caleb comes into a room.  He loves wrestling his brothers…  The Kellogg love language is continuing strong.

Daniel still loves giving kisses and is happy to do it almost anytime we ask.  The problem is, he prefers giving kisses on the lips.  He’ll get mad at us if we offer our cheeks.  It’s hilarious!

Daniel’s been pretty laid back (other than sleep times) since he was born but this month he’s really shown a stubborn, opinionated side to his personality.  If this little man doesn’t get what he wants he’ll screech, kick his feet, and be so angry.  Looks like we’re gonna have something to really work on as he grows up.  Thankfully this only comes out occasionally and, for the most part, he’s still really chill and content.

Like I said in his personality section, Daniel has learned how to SCREECH this month.  It’s pretty obnoxious but it’s understandable that he’s learning about communication and that sounds mean something.

He also has started signing a bit more this month.  He has definitely learned how to sign “more” and he does it all the time when he sees things he wants to eat.  (Have I mentioned that kiddo loves eating?)

Daniel chatters all the time but has yet to say a real word.  Both his big brothers didn’t talk until they were around 18 months old so I’m wondering if it might be the same with him.

We haven’t been anywhere all month due to the Covid-19 quarantein so I would have been shocked if Daniel had contracted anything.  Apparently hunkering down at home really does prevent illnesses.

At the beginning of the month, Daniel slept through the night on his own for five nights in a row.  After that, he started waking up one or two times a night again.  We knew it was time to overnight sleep train the little guy.  It only took about 3 nights of Nate sleeping on the couch and going in to comfort the baby as needed and he finally was night weaned and sleeping well.

Daniel is in the weird stage between one and two naps and I’m hoping he gets down to a consistent one nap schedule soon so his life matches up better with his brothers’ lives. 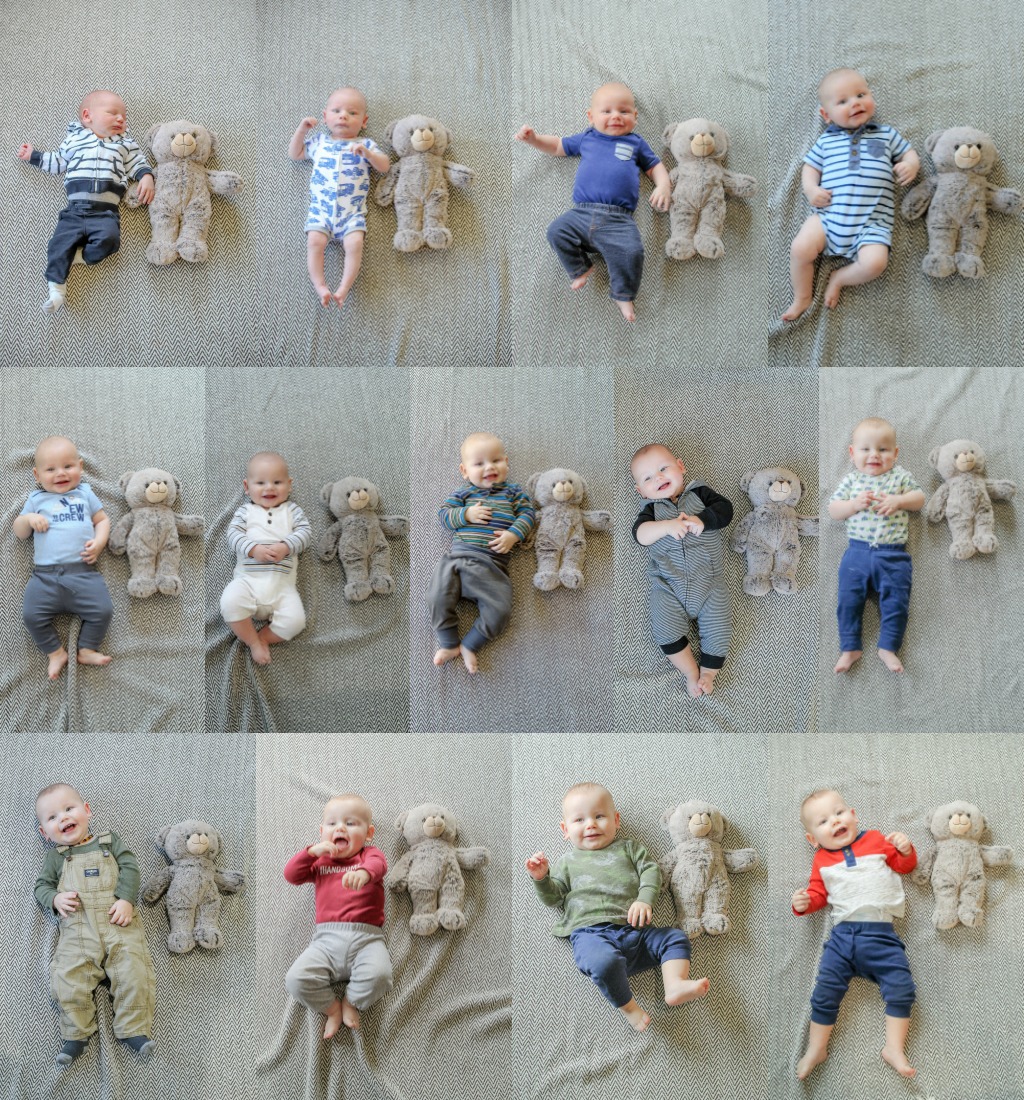