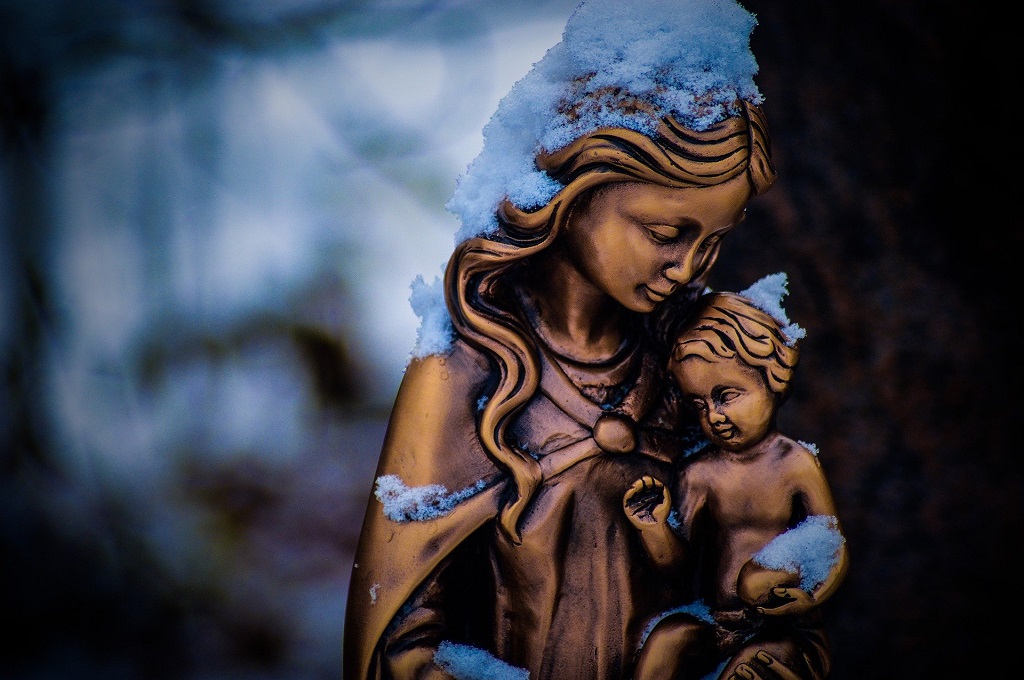 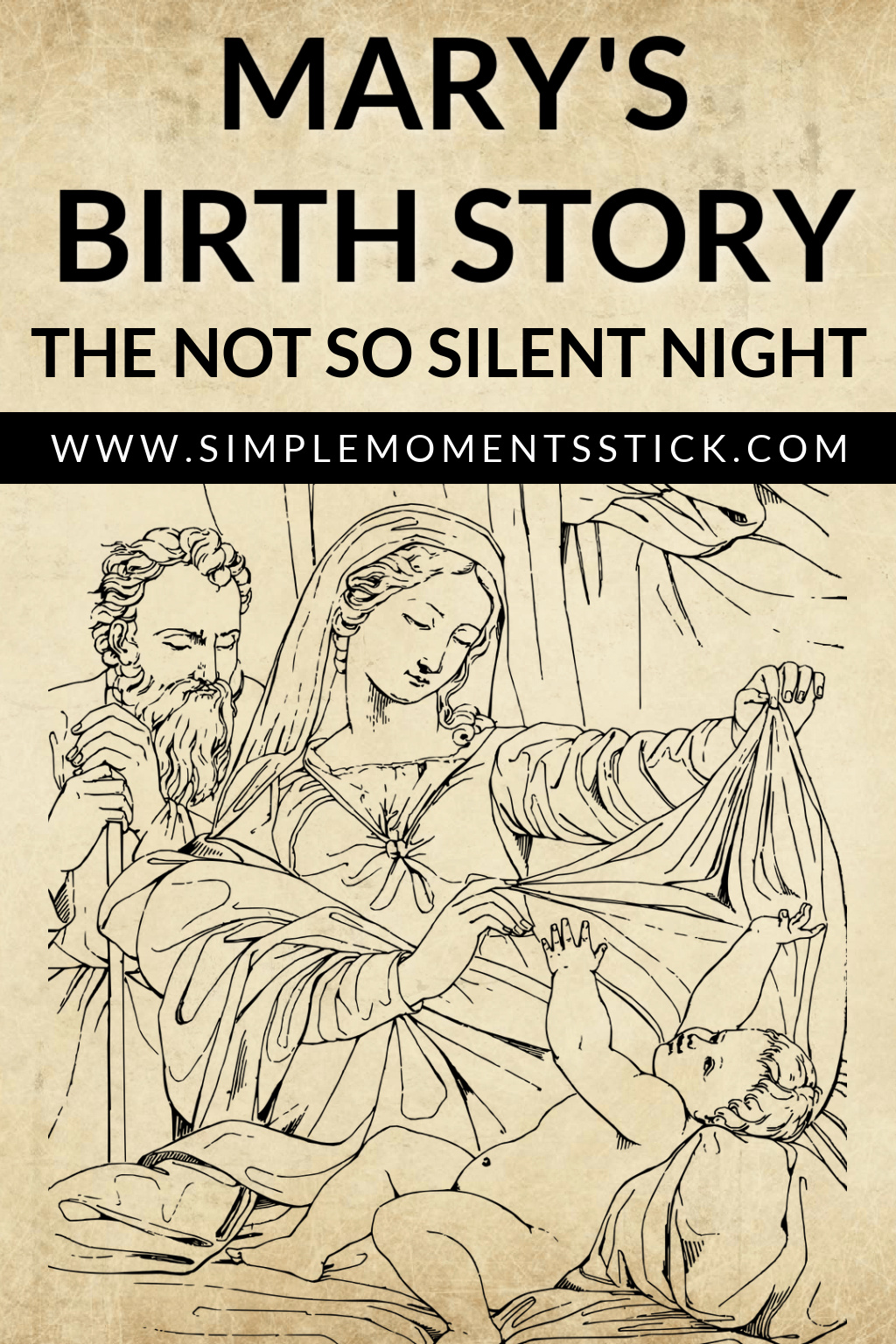 We all love a good birth story, don’t we?

I know I sure do!

I love asking women about their labors and deliveries.  I love finding out whether their c-sections were planned, how long they pushed for, how much their baby weighed…  All the things!

I also love telling my birth stories.  It fills up my heart to share both the good and the bad.  I love talking about how my water broke with Caleb literally right after I told my husband how frustrating it was that there was so much ambiguity around when labor starts.  It is healing to share how hard it was when Josiah was taken away from me right after he was born so they could figure out why he was wheezing.  I definitely love sharing how Daniel was almost born on the toilet because I had only had 16 contractions and figured I just needed to poop.

What About Mary, the Mother of Jesus?

Have you ever thought about the fact that the gospel of Luke is basically Mary, the mother of Jesus’ birth story?

I was reading a book the other day and the author said something I never realized.  The gospel of Luke is the only gospel that includes parts of the Christmas story that are strictly from Mary’s memory.  Things no one else could have known.  Things like Gabriel coming to her, Mary’s trip to visit Elizabeth, and the amazing song Mary sings when she offers praises to God.

Firstly, Mary was looked down on.  Mary was a unmarried woman and she was having a baby.  Since Joseph hadn’t broken their engagement (he was going to but an angel came to him and told him Mary’s baby was the son of God) people probably assumed it was his baby and they had slept together before getting married.  I can imagine the gossip they faced.  They probably weren’t allowed to be part of certain events because of it.  The Bible tells us that Mary went to visit her cousin Elizabeth and, chances are, she was sent there to get out of her community during the majority of her pregnancy.  I’m sure Mary’s heart hurt and she longed for people to understand that her baby was the promised Messiah.

After all of that, Mary had to pack up and travel across the country while being SUPER pregnant.  I can hardly move during the last month of my pregnancies but Mary had to travel – knowing she was leaving behind her mom, her community, and the women who were supposed to be there for her when she delivered her baby.

Now, the Bible doesn’t go into as much detail about the actual birth as we modern day women often enjoy doing but, ever since having my sons, I’ve imagined the birth of Jesus much differently than the nativity scenes and Christmas carols depict it.  I used to think Mary was probably just alone and maybe like in that scene in What to Expect When You’re Expecting she sneezed and out popped Jesus.

Yeah, that’s probably not what happened.

More than likely, Mary wasn’t alone.  They were in a culture where women helped women give birth.  Sure, there was no room for them in the inn but that doesn’t mean no one cared about them.  There were probably women rushing in and out of that stable.  The town midwife was probably there guiding Mary as baby Jesus entered the room.  Mary was probably surrounded my strangers, it was probably loud, smelly, painful, and fluid was everywhere.

What happened after that?  Mary got to snuggle her baby, relax, and be fed a hearty meal, right?  WRONG!

Instead, shepherds came barging into the stable talking about angels singing “Gloria” and telling them that the Messiah had been born.  Since these men were shepherds, they were outcasts in the community so they probably didn’t have the best manners… and they for sure smelled bad.

I don’t know about you, but I did not want to see ANYONE for a good 24+ hours after my kids were born.  I allowed grandparents to meet their grandbabies (because otherwise they would disown me) but pretty much everyone else had to wait.  I would have hated having smelly men barging in on me when I was gross, hormonal, and trying to bond with my baby. 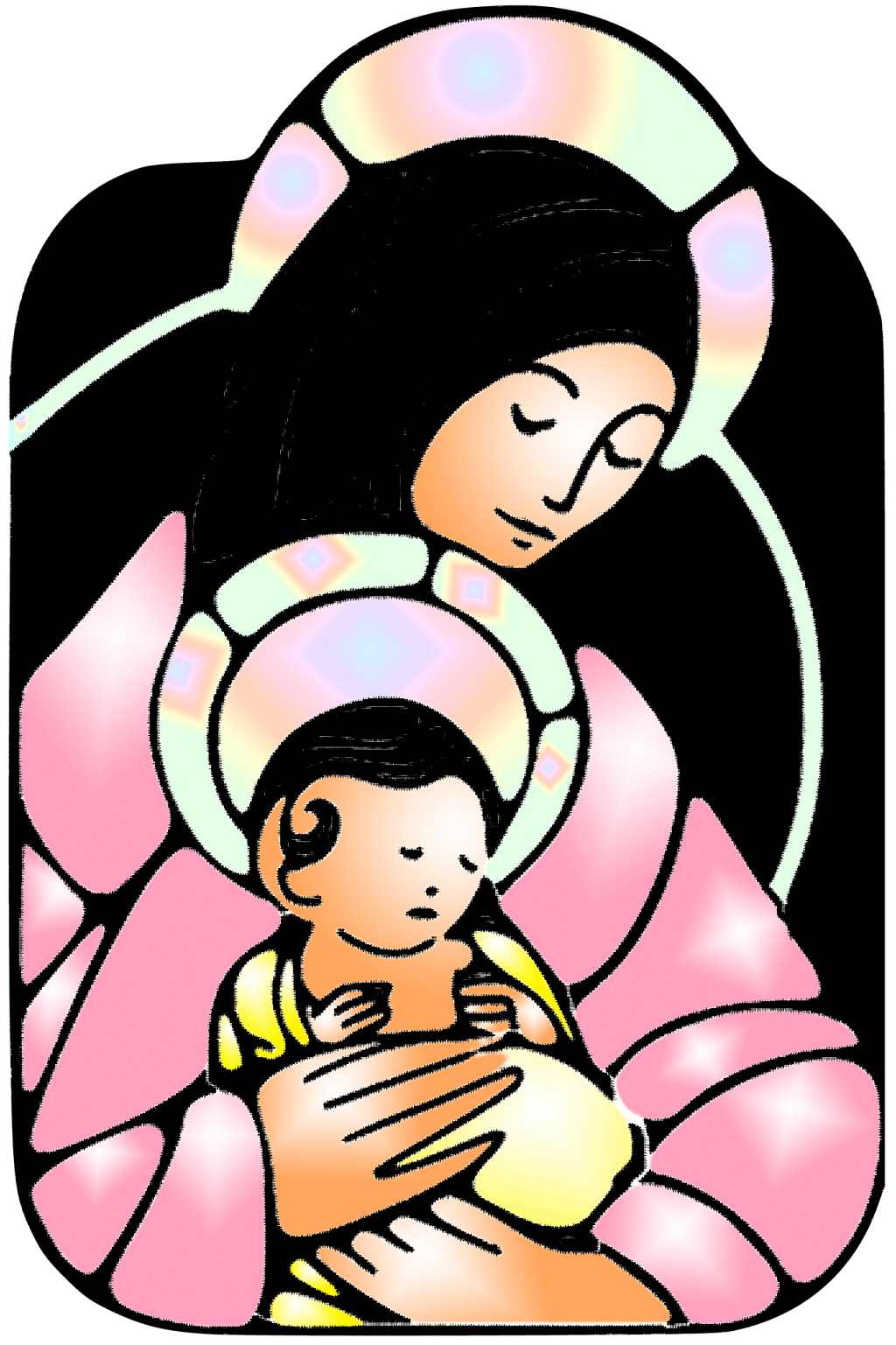 The Woman of Faith

In all of this, though, Mary was a woman of faith.  Instead of using her birth story as a horror story to tell all her friends, Scripture says she “treasured up all these things and pondered them in her heart.”  How could she do that?

All the pain, frustration, gossip, long trip to Bethlehem, labor away from home, smelly shepherds…  All of it was worth it because of Jesus.  Mary knew that Jesus, the savior of the all humanity had come into the world and that God had allowed her to be the woman to carry and raise him.

We all go through hard times in our lives but, if we’re looking, Jesus is always a part of those stories.  That doesn’t necessarily make our stories any easier in the moment.

The Hard in Our Stories

No matter what your story is, Jesus is there entering into it with you – loving you, ministering to you, drawing you to Himself.

Our hardships could cause us to grow bitter or, like Mary, we can see Jesus in the midst of the mess and “treasure up all these things and ponder them in our hearts.”

And not only that, like I said earlier, Mary shared her story.  She didn’t stop at treasuring things up – she then turned around and shared the hard she went through and how Jesus entered (quite literally) into it.  This Christmas season, let’s do the same!