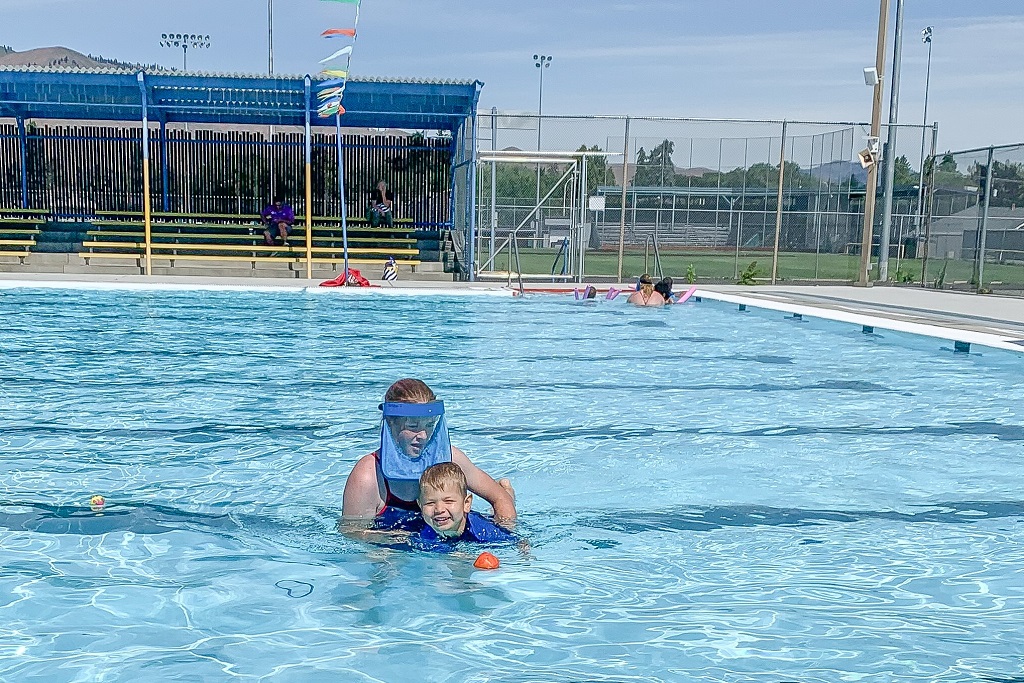 You want to push your child toward trying something new without crushing their spirit.  Trust me, I’ve been there!  These six steps to encourage a cautious child will radicalize the way you go about it.  They will feel validated and heard and might even decide they’re ready to try something new! 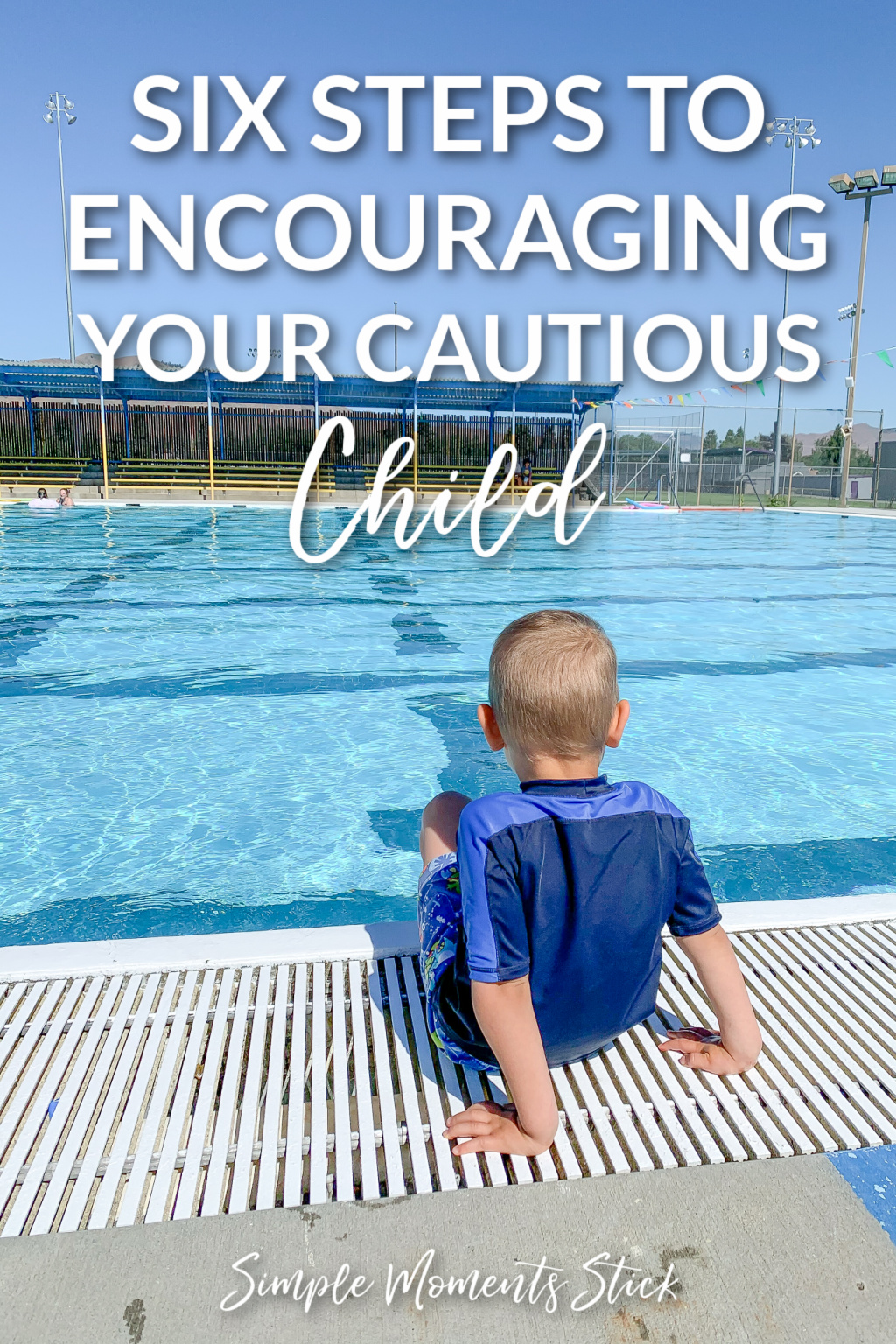 My middle child has always been the most sensitive, precious spirit.  I know he will always be the first to laugh and the first to cry out of the three of my boys.  He feels deeply and has no desire to hold back his feelings – which I absolutely adore about him.

The problem is, his sensitive spirit leads him to be an overly cautious child in areas of life he’s not familiar with.  People would never guess that about him because, when he’s secure in what’s going on, he is wild, active, and willing to try anything.  But, put him in a situation with a stranger or a strange situation, and his cautious nature comes out strong.

Ever since he was itty bitty, I’ve been processing how to encourage him while not invalidating the reality of the fear and insecurity he feels in unknown situations.

This week my little man started swim lessons and I realized it was a perfect step by step guide to help parents of other cautious children navigate encouraging them to try new things. 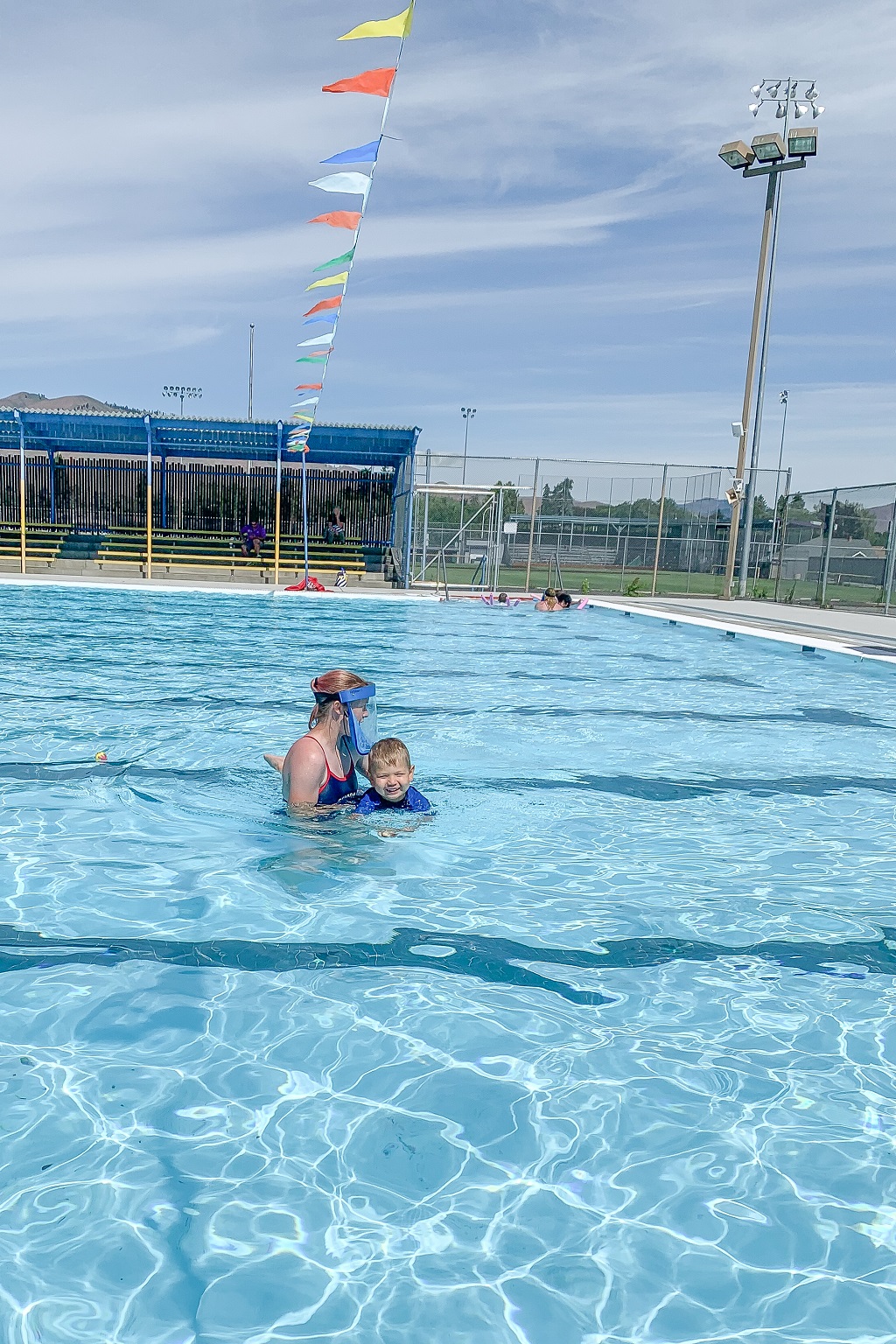 How to Encourage a Cautious Child

I knew swim lessons were going to be an issue for Josiah so we started hyping them up about a week before he started.  We talked about how he would be in a class without his brothers, that his teachers would keep him safe, and that he’d have an amazing time.  I didn’t necessarily know how to break things down since we hadn’t been through swim lessons at this pool but I did the best I could so he would have an idea of what to expect.

Give Them Time to Adjust

Even though we broke things down beforehand, the first day of swim lessons was a challenge for Josiah.  He doesn’t like being away from people he knows so being in a group of strangers stressed him out.  He also isn’t one to trust people right away so having teenagers asking him to get in the pool and telling him that he can trust them just isn’t something that comes naturally to him.  Thankfully, no one pushed him and even the swim teachers allowed him room to practice the skills while sitting on the side of the pool.  By the last five minutes of class he was finally willing to get in the water as long as he could be right by the wall.  It was a step in the right direction and allowed him more room to adjust to the new experience.

When he came back over to me, I asked him questions about what happened and how he felt about what happened.  I had obviously seen the whole class taking place, but I wanted to hear from him what his experience had been like.  He told me he didn’t want to get in the water because it was scary and I was able to validate those feelings while also commending him for getting into the water at the end of his class.

Speak Truth and Ask Them if They Could Take Small Steps

Although his feelings are totally valid and that’s where the conversation started, I then was able to speak truth into his life.  I reminded him that his swim teachers are there to help him and that he can trust them to keep him safe.  We talked about how that was their job and how they were trained to teach kids how to swim.  I then asked him if he thought he could try getting in the water at the beginning of the class the next day and he said he thought he could.

The next day, on the way to swim lessons, we chatted again about what to expect – breaking things down and speaking truth once again.  I reiterated that I understood that he felt scared but encouraged him to try and see if he could push through his fear and trust his teachers.  He said he wanted to try!

When we got to the pool, Josiah timidly walked to his lesson area with his teacher.  He sat on the edge of the pool as she encouraged them to get into the water and I could tell he was deciding what he was going to do.  He mustered up his courage and slid himself into the water.  From the other side of the pool where his lessons were taking place, I heard his big brother (who had been a part of all these conversations) yell out “Good job, Jojo!!!”  The grin on Josiah’s face could be seen from so far away!  After class he came quick walking over to me, so excited to tell me that he was brave and trusted his teacher.  I celebrated with him and told him he should be very proud of himself.  Of course, he wanted to let his daddy know he had been brave so we texted him at work. 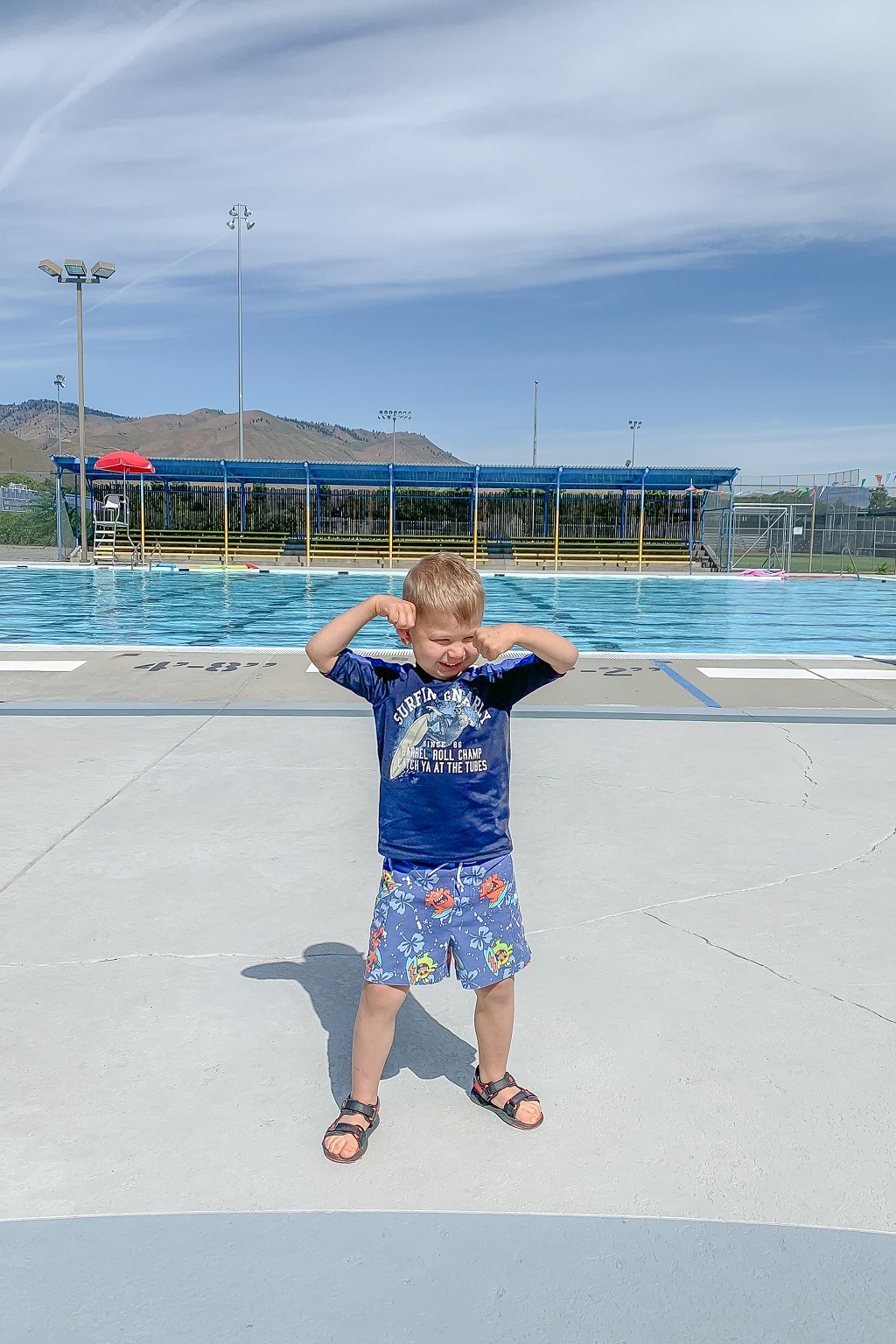 Why You Should Encourage a Cautious Child

Obviously, things don’t always work so perfectly every time you have a situation you’re attempting to encourage your cautious child through.  I’ve had my fair share of times when I go through all those steps and Josiah still doesn’t want to try something.  At those times I just acknowlege that he’s not ready and move on.  We can always try again later.

It’s so important to ENCOURAGE a cautious child and not FORCE them to do whatever it is you’d like them to do.  The feelings of children are just as valid as the feelings of adults and I know I would hate being pushed into doing something that scares me.  Encouraging your child validates their concerns while also expressing the truth that they don’t have to be afraid.

What ways do you encourage a cautious child to try new things? 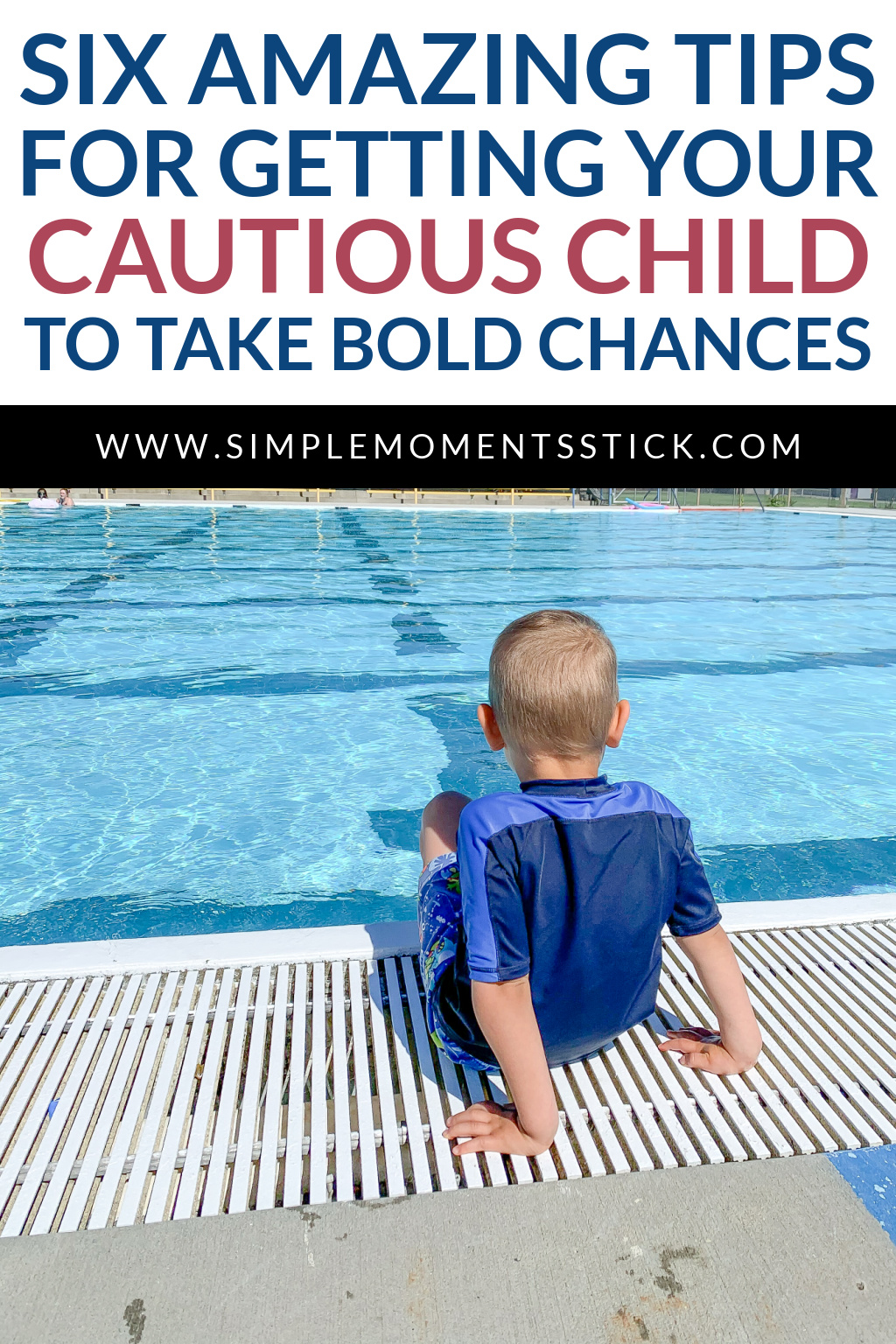